An Iowa congressman has added a provision to the House of Representatives' Farm Bill opposing the measure. 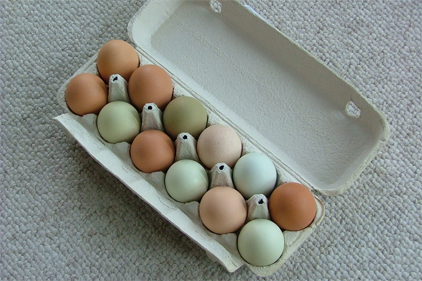 California egg producers will likely be watching Farm Bill negotiations closely, as they await the fate of a challenge to their state law requiring that out-of-state eggs sold in CA meet that state's larger cage standards by 2015, according to California Report. Republican Congressman Steve King of Iowa says CA has no right to regulate food production in other states, and has added a provision to the House of Representatives' version of the farm bill that would supersede the state law. The Humane Society Legislative Fund says it will fight King's provision with a $100,000 online campaign.

Vilsack says farm bill delay could cause prices to rise