Please click on a sponsor logo to learn more.

Kerr Consulting has revolutionized operations for agriculture and FA&M companies by utilizing powerful industry-specific software, in the cloud, integrated with Sage X3. One of the features plant managers love is the ability to see quality control measurements all the way down to the supplier level. The system also provides production planning, shelf-life measurement, allergen tracking, lot tracking with recall, unlimited units of measure, costing, shelf-life and other functions for both agricultural and FA&M and distributors. Kerr Consulting is based in The Woodlands, Texas and has clients globally, and 19 locations in the United States. www.kerrconsulting.com (800) 352-4032

Siemens Digital Industries Software, a business unit of Siemens Digital Industries, is a leading global provider of software solutions to drive the digital transformation of industry, creating new opportunities for manufacturers to realize innovation. With headquarters in Plano, Texas, and over 140,000 customers worldwide, we work with companies of all sizes to transform the way ideas come to life, the way products are realized, and the way products and assets in operation are used and understood. For more information on Siemens Software products and services, visit https://www.sw.siemens.com/.

Wire Belt Company offers many styles and specifications of conveyor belts to suit your specific application and improve your process efficiencies. We provide conveyor belts for industries such as Food Processing, Textiles, Electronics, Agriculture, Automotive, and more. Our first class Customer Service and global presence means we can provide fast and simple distribution around the world. With over 85 years of experience- it’s no wonder we are the most Trusted name in the industry. Learn more at  www.wirebelt.com

Alberici Constructors is a premiere provider of engineer-procure-construct (EPC), design-build, construction management and general contracting services for process and facility projects throughout North America. For 100 years, Alberici has consistently delivered clients with safe, on-time, on-budget projects. Our team can be engaged from front-end definition services through start-up and commissioning. Learn more at www.alberici.com

AZO is the market leader in Mixer Feeding with over sixty years of experience in the Food, Dairy and Confection markets.  AZO provides fully integrated pneumatic and container material handling systems.  Our systems are known for their speed, reliability and accuracy which ensure product safety, thru-put and consistency.  AZO pledges to use our knowledge and experience to design, build, install and service a custom solution that will exceed your specifications and expectations – today and into the future.For more information, please visit our website at www.azo.com or contact us directly at 800-880-9830.

Today’s food processing manufacturing lines must accommodate an unprecedented level of product variety and package complexities, but responding to these demands with inflexible, outdated equipment and processes can mean higher operating costs, decreased production, and increased risk to operators. Emerson recognizes these challenges and is dedicated to helping you meet market demands by leveraging innovative technologies from its AVENTICS, Branson, Micro Motion, Keystone, Rosemount, Plantweb, and SolaHD brands. With Emerson, you’ll have access to powerful automation capabilities that help reduce waste; predict when maintenance is needed; improve productivity and deliver quality products through a cost-effective approach. www.emerson.com/en-us/industries/automation/food-beverage.

Burkert Fluid Control Systems is a global system solution provider in the fluid handling industry. Our focus is on reliability and innovation, with the goal of creating lasting and effective results for the customer. Our manufacturing expertise encompasses process control and automation in a consultant system minded approach. We bring this wide range of knowledge to the food & beverage processing industry for the purpose of offering: improved automation, product yield, CIP and steam handling, an active role in food safety, and aiding our customers in areas of desired improvement. Learn more at www.burkert-usa.com/en

Food & Beverage innovation starts by mixing the “art and science of building.” As a trusted full-service, turnkey real estate development, master planning, architecture, engineering and construction firm, we safely deliver the highest quality solutions on time, on budget, and beyond expectations. We are helping drive the Food and Beverage industry forward by providing fast track, efficient solutions for facilities that need to perform while exceeding safety and quality standards. Visit www.claycorp.com/FAM to see how we are converging art and science in our clients’ food and beverage projects

CRB is a leading provider of engineering, architecture, construction and consulting solutions, delivering safe, high-quality, value-driven facilities to fuel your growth and success. Our more than 1,000 employees provide best-in-class solutions that drive positive change for our clients, our people and our communities. CRB is a privately held company serving clients throughout the world, consistently striving for the highest standard of technical knowledge, creativity and execution. Learn more at www.crbusa.com

#1 Design-Build Firm In the Industry

ENR named Dennis Group the #1 food and beverage design firm in the U.S. for the last three years straight, because over our 30 years in the industry, we've built a team that understands the unique challenges faced by food manufacturers and how to solve them.

Whether you need a project definition study or a ground-up greenfield facility, we have the internal resources to support you through planning, facility design, engineering, construction management, and start-up. Simply put, designing and building food plants isn’t one thing we do, it’s all we do. Visit www.dennisgroup.com to learn more.

The company was founded by Myron G. Newell, who came to Greensboro from Elmira, New York and opened a store in 1885 selling everything from hand churns to buggies. The company was first incorporated in May, 1908. In 1913 it added farm machinery to its product line. At the suggestion of Newell’s son, Burton M. Newell, Sr., the company began specializing in the dairy business in the early 1920s.

Over the years, the company has expanded into the food, beverage, pharmaceutical, and personal care industries, having evolved from being a full line distributor to a full service systems integration company.

Currently, M.G. Newell has three locations: Greensboro, NC, Louisville, KY, and Nashville, TN. With the addition of the Louisville and Nashville divisions, the original M. G. Newell now functions as the corporate headquarters and houses the Greensboro division. Learn more at www.mgnewell.com

SEW is a world leader in drive technology and a pioneer in drive-based automation, SEW-EURODRIVE has established a reputation for quickly solving the most difficult power transmission and motion control challenges. We introduced the gearmotor in 1931. In the 80 years since then, we have been bringing the best in drive technology to our customers. That commitment has led to a history of innovations — the first variable speed gearmotor, early development of electronic drives, some of the first successful efforts to decentralize control, and the first motor with energy-efficient copper rotors. Learn more at www.seweurodrive.com/

All VDG drum motors are engineered and manufactured in the USA and Canada since 1985, using state-of-the-art automation, ensuring quality, fast delivery and after sales service. With global representation and service centers throughout the USA, VDG offers customized conveyor drive solutions to a wide customer base.

Visit us at booth #300 and at Solution Theater Track A: The Future of Conveyor Drive Hygiene - Monday, April 27th at 3:30 pm. Learn more at www.vandergraaf.com

Doral Corporation is a third-generation Industrial Contractor celebrating 50 years in business. Historically known as a rigging, moving and erecting contractor, Doral has evolved into a full service resource for the Food and Beverage Industry. Whether your needs involve Machinery Moving, Equipment Setting, or Conveyor Installation, put your trust in the diverse team of experts at Doral Corporation to provide the solutions. When it comes to Shop Fabrication, our skilled welders work with a wide variety of raw materials including carbon steel, stainless steel, aluminum, alloys, and plastics. We use the latest technology in press brakes, shears, welders, plasma cutting tables, rolls, punches, and machine tools. We have extensive experience executing an array of structural and miscellaneous steel fabrication. As an AISC Fabricator, we’ll provide balance and stability for your fabrication project. Trust Doral for your next project. 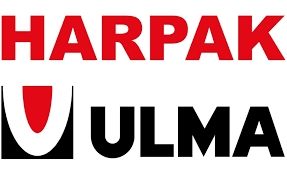 Matrix Technologies, Inc. is the process and facility design, automation and information system partner for the world’s largest food and beverage companies. With a professional team of engineering experts, in-depth industry knowledge, and a proven project methodology, Matrix consistently delivers superior results on time and on budget.

Schenck Process is a complete global source of highly accurate bulk solids pneumatic conveying, weighing and feeding systems with additional expertise in dust collection. For over 40 years a strong commitment to research and development has led to the creation of some of the industry’s most advanced products and technologies. We have been awarded hundreds of patents and been recognized by our customers for providing custom solutions for their specific material handling needs. Our streamlined business throughout the Schenck Process Group enables us to deliver a unified process solution for customers in every corner of the world. Learn more at www.schenckprocess.com

Zebra Pen Corporation is a New Jersey based subsidiary of Zen Pen Japan; a 100+ year old international manufacturer and marketer of high quality writing instruments. For over a century, the Zebra Pen brand has been synonymous with excellence in writing. Our product offering includes ballpoint and gel pens, mechanical pencils and highlighters, brush pens, and plenty of other classic and creative options that meet the needs of the personal or professional writer or creator. Allow us to help you find your Path to Enlightened Writing. www.zebrapen.com