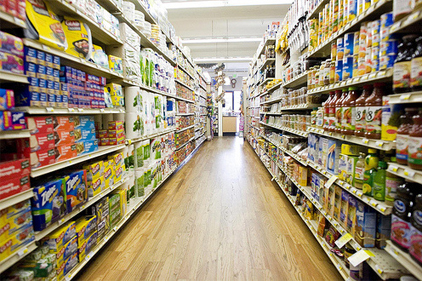 A new report comparing the performance of small ($100 million to $1 billion in retail sales), medium ($1 billion to $5 billion) and large (more than $5 billion) consumer packaged goods companies found that although all categories are growing, they are creating growth through different methods.

The report, from the Boston Consulting Group (BCG) and IRI, says small and midsize companies are increasingly taking market share from their largest competitors, and growth drivers underscore a significant shift in category dollars. Each top-10 small or medium company grew in 2012, and eight of 10 grew by at least one share point. In contrast, large companies have lost 1.4 share points as a group since 2009, representing around $10 billion in lost sales.

To accurately evaluate the changes that have affected CPG companies, researchers evaluated three “levers.” First, dollar sales percent change was analyzed with respect to base vs. innovation contribution to the total change and contribution to the change from base sales through velocity and distribution.

Lever three was dollar share point change. Researchers examined the percent of portfolio gaining, holding and losing share as well as category dynamics such as portfolio concentration and trends.

In examining these three levers, researchers found large companies are pulling different ones—few are growing in dollar sales, volume sales and market share. The winners among large companies are mostly relying on pricing for growth, with only four of the top 10 companies growing shares. The remaining six companies either held steady or lost share.

In the small company category, winners are driving growth by gaining market share while adding dollar and volume sales. Eight of the top 10 winners among small companies saw a jump in share of 1 percent or higher.

Overall, researchers observed a trend of midsize and smaller companies outperforming larger ones and gaining market share in the process. Around $10 billion in industry sales have shifted from large companies to midsize and small players since 2009, according to BCG and IRI’s data. That translates to a net loss of 1.4 share points for large companies at the same time small and medium companies realized a .6 and .3 hike, respectively.

Based on its data, BCG and IRI recommended large companies rely less on pricing schemes and instead balance base and innovation growth. Midsize and small companies should strive to maintain the balanced growth created by base business, volume and share increases.