Weighing the Costs of Switching to Alternative-Protein Pet Foods

A new frontier of pet foods based on alternative proteins is on the horizon, but manufacturers have to weigh the rational and irrational facts before committing to a change.

Alternative-protein based foods are in high demand from consumers, so much so that FinancialNewsMedia.com is projecting the global plant-based protein market to be valued at $34.5 billion by 2032—that’s up from $11.3 billion in 2022. Given such a lofty increase, it’s no wonder that these foods have grabbed the attention of manufacturers of animal-based protein eyeing an opportunity to expand on product offerings. One particular alternative-protein segment worth watching is pet foods.

A Change in Consumer Mentality

The first part of the equation is a change in consumer behavior to a more plant-based diet in general. While the stats above point out how much that shift is expected to be going forward, it’s no secret that plant-based foods have been becoming more en vogue with consumers, which can be seen in the rise in prevalence to a number of plant-based protein foods on the whole. 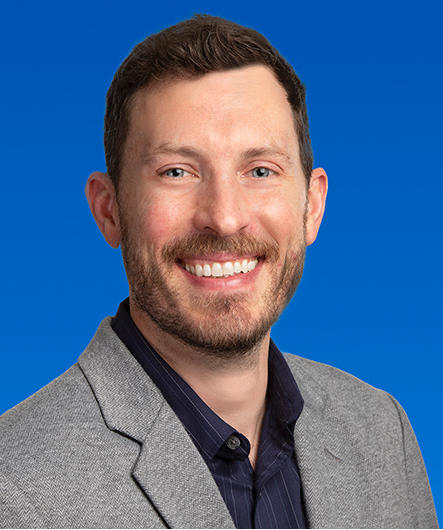 People are thinking of their pets more as family members, so they’re wanting to see their values reflected in their pet food. — Tony Moses, PhD

Tony Moses, Ph.D., director of product innovation with full-service AEC firm CRB Group, sums up what numerous reports show, “I think there’s two parts to this,” he says. “I think that, for one, consumers have seen the resource requirements of producing animal-based protein, so there's this shift in consciousness for consumers to use less resource-intensive sources. The other element is health. People are moving toward more of a plant-based diet for health reasons.”

The question then becomes: Why would alternative protein pet foods potentially be on the rise?

Moses says that this topic came up multiple times in CRB’s Horizons: Pet Food report, an in-depth look at the future of pet food based on the responses of more than 300 industry leaders. In fact, “’Pets-as-family’ considerations,” was thought of by many in the survey as a greater driver of product innovation than reducing the selling price or the sourcing of ethical ingredients.

Changing Production, Lots to Think About

Of course, capitalizing on this trend means producers of animal-protein based foods have to make some changes—maybe even a lot of changes—and it all starts with nutrition.

“Traditional proteins tend to not just be ‘prime’ cuts of meat, but the organs. Because organ meats and other animal-based sources are very rich in fat, they're very rich in vitamins,” explains Moses. “Plant-based protein tends to be straight protein: no fats, very few fiber nutrients. A lot of that has been taken out with processing, so to switch over to those alternative protein sources, you have to add back those nutrients.”

It’s the process of adding these nutrients to plant-based proteins where the challenges arise—namely in costs. If production facility based on animal-based proteins is set up for blocks of meat, then the conveyors of that product, for example, won’t necessarily be capable of handling a powdered version of nutrients for plant-based proteins. In which case, a switch to a duct and a compressor may be needed to move product. And if that powdered format is used, a silo and dispersion system may also be needed.

Costs aren’t the only concern. Different products, such as powders, bring with them different types of risks. “The primary sources of dust are mills or hammer mills, mixing operations, filling of containers and conveying transfer points,” says Frank Cea, VP, food & beverage for RoboVent, a turnkey supplier of industrial dust, fume and mist applications. “All of these processes produce plumes of dust and agitate particulates causing them to move and become airborne.”

Cea says that target levels of safety with regard to airborne particulate ranges from .5mg/1m3 to 10 mg/1m3, depending on the application. Having too much particulate in the air increases the risk of food contamination, microbial growth and worker safety through particulate inhalation and even fire.

“Particulate removal is not really a one-size-fits-all situation. You might have a dry dust particles collection, which should not be an issue, but if you have food that needs a coating of some sort, it can be a problem and could need a different approach in regard to filter media choice and air-to-cloth ratios. The best solution is one that can be custom developed,” says Cea. “Site visits are vital to assessing needs for particulate removal and to look at the process and product(s) being processed to provide a game plan for the end user. We could call this a, ‘traditional needs analysis.’ We have application-specific questions and information gathering sessions in order to develop and design the best solutions. We also have CFD (computational fluid dynamic) software and the ability to do facility testing and design to meet the needs of the application.”

That’s only for one situation, too. Say a manufacturer has to add fats back in and wants to use soybean, canola or soybean oil, all the considerations that come with pumping liquids would need to be taken into account as well for that scenario. Basically, each adjustment brings with it a number of variables.

How much of an investment a manufacturer wants to make into this can come down to one word: scale. Will it be treated as a line extension, or is it a total core change to a product? Moses explains that making a small formulation adjustment and treating it as a line extension or a new flavor or something similar could be a relatively minor investment, both financially and with the business model. But completely trying to replace animal-based protein with alternative-based protein would be a significant investment. So, why bother?

Capitalizing on the consumer trend toward alternative proteins was mentioned at the start, but that’s not the only reason why. Demand and inflation are other reasons why a pet food producer using animal-based may want to consider other options. Supply chain concerns are another reason. All of those are valid, sound right-brain, financial, logical, business-driven reasons. Mr. Spock would be proud.

But these are humans we’re talking about. And when it comes to their pets, is it always logical? Yes, the reasons stated at the top are logical…somewhat. It’s logical to want a healthy pet and logical to want to feed a pet foods that don’t have as great of an environmental impact. Yet, humans can be irrational when it comes to their fur babies. Moses says that food manufacturers have a reckoning to make with their own irrationality when it comes jumping into converting facilities to accommodate alternative proteins.

“I think over the last year the alternative protein market has gotten a little bumpy,” he says. “It's not like the smooth trajectory across all subcategories that maybe we've seen in the past. So I think that the emotional, the heart component is that you have to believe in this and really be ready to ride this out.

"It's not a free lunch. I think you have to invest and be willing to commit to it.”