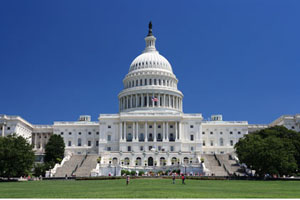 FSMA’s effectiveness is questioned
President Obama signed the Food Safety Modernization Act (FSMA) nearly a year ago, but whether the new law will be fully implemented anytime soon remains an open question. The law, which expands FDA’s authority, requires additional funding. Republicans, who control the US House of Representatives, are demanding budget cuts and have balked at the idea of increasing funding for FDA.

Dennis T. Avery, a senior fellow for the Hudson Institute in Washington, DC and an environmental economist, suggests that even with unlimited FDA funding, the new law would not provide that much protection. In a recent guest column for Ag Weekly, Avery notes that salmonella bacteria are everywhere and that USDA inspectors say they have never visited a cattle farm where they did not find E. coli O157: H7.

The White House says FSMA does have prevention as its main objective. A White House statement notes the law “directs the Food and Drug Administration, working with a wide range of public and private partners, to build a new system of food safety oversight—one focused on applying, more comprehensively than ever, the best available science and good common sense to prevent the problems that can make people sick.”


Food marketing guidelines still under debate
Food industry representatives in Washington are closely watching the work of the Intergovernmental Working Group (IWG) as it develops guidelines for food marketing to children. Following a hearing by the House Energy and Commerce Committee on the proposed guidelines, the Grocery Manufacturers Association (GMA) issued a statement saying member companies are committed to providing consumers with the products, tools and information they need to achieve and maintain a healthy diet. But the group says it has a problem with the IWG guidelines.

“The IWG’s proposed nutrition standards are in direct conflict with established government food policy standards such as the USDA dietary guidelines and the school lunch program,” the group said. “They would effectively ban the advertising of 88 of the most 100 most popular foods consumed in America, including healthy foods such as cereals, soups and breads.”

GMA says the guidelines are not voluntary, would not reduce obesity and would end up costing 74,000 jobs.