FDA vs. USDA: Who regulates what?

Recall announcements issued by USDA for meat and poultry products and FDA for other foods keep processors current, help them better understand major issues and serve as excellent teaching tools. 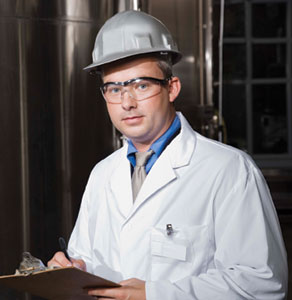 A significant percentage of recalls are now attributed to food allergens. They range from the accidental, where there is inadvertent cross-contact between products, to ones that are downright silly, such as when a product is packaged in the wrong container or a package is not properly checked before use.

One recent incident caught my attention. A produce company issued a recall because cut greens were found to be contaminated with Salmonella. The pathogen was detected as a result of USDA’s Microbiological Data Program (MDP), managed by USDA’s Agricultural Marketing Service (AMS).

My first thought was why is USDA sampling produce? So, I looked into it. USDA has been sampling produce for years through MDP, which was launched in 2000 as an extension of the Pesticide Data Program, which collects and tests blind samples of fresh produce for pesticide residues. The industry has used results from this program to demonstrate that fresh fruits and vegetables grown in the US are reasonably unlikely to contain pesticide residues at health-risk levels and, in fact, have very low levels.

For years, MDP took blind samples of fresh and bagged produce collected at distribution centers and tested for Salmonella, E. coli O157:H7 and Shigella. Published results over the years indicate an extremely low frequency of detectable pathogens on fresh produce in commerce.
The program changed in 2008 when the agency not only collected samples but also began taking label and lot information. So, whenever a pathogen is detected on a sample, MDP informs FDA, which is obligated to ask the brand owner to perform a recall.

Obviously, if a ready-to-eat product such as produce contains a pathogen, it must be recalled. However, fresh produce generally has a shelf life ranging from 10-18 days. In the few instances where a positive for the target pathogens was isolated, I wonder how much was recovered. In this case, three days still remained on the product’s declared shelf life when the recall was announced, and very little product was probably still on store shelves. Nonetheless, the recall was initiated, and the result was most likely frightened consumers worried about what they had eaten in the past two weeks.

Is this a good use of governmental resources? Does this program help ensure produce safety? Does it provide value to the industry and consumers?

USDA’s Agricultural Marketing Service has publicly stated that MDP has prevented outbreaks of food-borne illness. Yet, in the 11 years since the program started, no AMS sampling has detected an outbreak, nor has it helped identify the source of a known outbreak.

In addition, the individuals doing the sampling only collect samples. The program has no provisions for follow-up, observing or researching practices that may have contributed to the contamination. Finally, since the program was conceived, none of the detected microorganisms of public significance have shown up in the PulseNet database. This means none of these positives have been associated with a documented food-borne illness or outbreak.

It would seem that, given budget constraints and the fact FDA is currently working on regulations that will put teeth into the Food Safety Modernization Act, this program could be eliminated. The program’s goal seems to be nothing more than gathering data, data that has already shown pesticides are not a significant issue in produce and the incidence of food-borne pathogens in these products is extremely low. Generating data that can’t be used for improvements is useless.


Maybe USDA should refocus its efforts and resources on its original charge—meat and poultry. Even with continuous inspection in these industries, there are still a significant number of recalls.

How kill-step validation protects your products and customers

Richard Stier is a consulting food scientist who has helped food processors develop safety, quality and sanitation programs. He believes in emphasizing the importance of how these programs can help companies increase profits. Stier holds degrees in food science from Rutgers University and the University of California at Davis. He is a Contributing Editor for Food Engineering. Email: rickstier4@aol.com

What you need to know before an FDA visit

Food Safety: What did you learn this summer?

What's the best way to deal with cell phones on the plant floor?