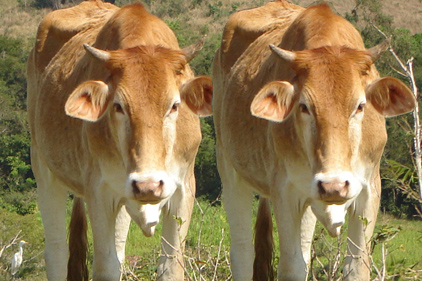 The European Food Safety Authority (EFSA) published a scientific statement that takes into consideration the latest research on animal clones and their offspring for food production purposes. Following discussion with experts in the field, the authority has reconfirmed its findings from previous work.

With respect to food safety, EFSA states there are no indications that differences exist between food products derived from healthy clones or their offspring—in particular milk and meat—from those of healthy, conventionally bred animals. However, EFSA recognizes animal health and welfare concerns continue to be associated with cloning technology.

EFSA’s latest statement on animal cloning indicates no new scientific information has become available since 2010 that would require reconsideration of its earlier conclusions and recommendations.

► The cloning technology using somatic cell nuclear transfer (SCNT) can produce healthy animal clones, but during the SCNT process, animal health and welfare remain a matter of concern, due to the increased number of deaths at all stages of development.

► From the limited data available, there are no scientific indications that would suggest a risk to genetic diversity, biodiversity or the environment from farmed clones, compared to conventional farm animals.

► Continued research with farmed animals for the optimization of the different steps of SCNT cloning has resulted in increased knowledge since EFSA’s last statement on this issue. While there have been some limited improvements, they have not yet led to significant enhancement of the overall efficiency of cloning.

The jury is out, however, on the environmental risk assessment (ERA) of genetically modified (GM) animals, according to EFSA, which launched a public consultation on its draft guidance for the ERA of GM animals. The document, which focuses on GM fish, insects, mammals and birds, outlines the specific data requirements and methodology for the ERA of GM animals, should an application be submitted for market authorization in the EU in the future. The risk assessment is based on a comparative approach between GM and non-GM animals.

The basic assumption of the comparative assessment is that non-GM animals serve as a baseline with respect to environmental safety. Thus, the ERA of GM animals involves collecting, assessing and—where appropriate—generating information about the GM animal to determine on a case-by-case basis its impact on the environment in comparison with non-GM animals.