This website requires certain cookies to work and uses other cookies to help you have the best experience. By visiting this website, certain cookies have already been set, which you may delete and block. By closing this message or continuing to use our site, you agree to the use of cookies. Visit our updated privacy and cookie policy to learn more.
Home » Dairy groups praise diplomatic struggle against additional restrictions on common food names
Latest headlines 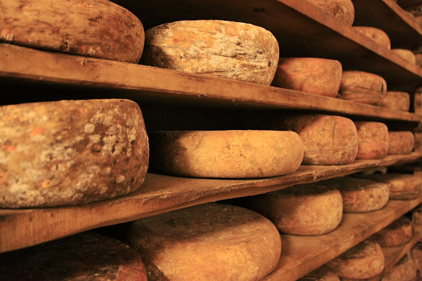 With many processors relying on the use of many generic cheese names, the dairy industry was quick to applaud US representatives for holding a key international meeting discussing the fight against treaty changes that could impair the ability of companies worldwide to use generic food names in export markets.

The National Milk Producers Federation, the US Dairy Export Council and the International Dairy Foods Association jointly thanked the US delegation to the World Intellectual Property Organization’s Diplomatic Conference on the Lisbon Agreement for calling attention to the treaty changes, IDFA announced. The organizations also praised the diplomats for leading a coalition of countries in criticizing the lack of an inclusive WIPO process as well as the negative costs the agreement will likely impose on taxpayers, farmers and companies in other countries.

The organizations urged US trade representatives to examine the degree to which countries’ actions under the agreement are likely to violate World Trade Organization obligations.

WIPO recently concluded two weeks of talks in Geneva that expanded the Lisbon Agreement for the Protection of Appellations of Origin to include geographical indications and expanded the protections granted under the international registry of protected terms.

According to IDFA, during the Geneva conference, the US led a 12-nation coalition in opposing the Lisbon Agreement changes and urged equal participation rights for all WIPO members in considering the changes.

“The treaty and its proposed changes are clearly aimed at preventing competitors such as dairy producers and processors in the US and other non-European countries from using names in international trade that they have used for decades,” said NMPF President and CEO Jim Mulhern. “We appreciate and commend the extensive work the office of the US Trade Representative and the US Patent and Trademark Office, along with the departments of State and Agriculture, have put into opposing these changes and in decrying WIPO’s refusal to allow all members to have a full say in the outcome of this agreement.”

US lawmakers push back against EU geographical indication restrictions

Mayors urge restrictions on use of food stamps to buy soda