People and Industry News: May 2021

PRECIPAK USA, a distributor of best-in-class equipment for the food processing industry, will now offer packaging equipment after signing a new, exclusive U.S. distribution agreement with SEALPAC, manufacturer of innovative traysealers. PreciPak’s decision to partner with SEALPAC extends new possibilities to its customers for safe, efficient and innovative packaging options. These concepts supply a perfect fit for sustainability efforts while displaying food products to their best advantage by reducing the amount and weight of materials necessary to provide a secure seal.

GEORGE WESTON LIMITED announced its intention to focus on its retail and real estate businesses as it launches a process to sell WESTON FOODS. This announcement follows a strategic review by the Board of Directors, which determined the non-food sectors will remain the most significant drivers of long-term value creation.

CRB, a solutions provider for life sciences and food and beverage industries, announced the integration of its design and construction groups. The changes strengthen the company’s alignment with rising client demand for integrated solutions, while cementing CRB’s position as a best-in-class destination for AEC talent.

EQT has announced that EQT Private Equity, through the EQT Mid Market US fund, has agreed to sell DORNER to COLUMBUS MCKINNON CORPORATION for an enterprise value of $485m.

After engagement with AS YOU SOW on reducing single-use plastic packaging, which contributes to ocean plastic pollution, snack and confectionery company MONDELEZ INTERNATIONAL and food and beverage giant PEPSICO have agreed to cut their use of virgin plastic for packaging as part of increased efforts to eliminate and replace single-use plastics.

BEL BRANDS USA has created a new program in partnership with LAND O’LAKES, INC. to implement and measure sustainable agriculture practices that promote soil health and reduce greenhouse gas emissions on one of its supplying dairy farms. The three-year pilot effort will be one of the first to use Land O’Lakes’ Truterra Insights Engine to track crop system changes on a dairy farm.

BLOCKAPPS’ blockchain traceability network, which tracks agricultural products from the seed source, will leverage the AWS cloud and computing infrastructure to meet the needs of agriculture product providers, distributors and farmers.

MODERN MEAT has changed its name to MODERN PLANT BASED FOODS INC.

COLUMBIA/OKURA celebrated its 25th Anniversary as a provider of end-of-line automated palletizing and material handling solutions.

This year, MULTIVAC, provider of worldwide of packaging solutions for food products of all types, celebrates its 60th anniversary

HERSHEY has announced a bold 2030 set of goals to reduce environmental footprint and address climate change. The company has set science-based targets to reduce emissions in line with the goals of the Paris Climate Agreement and requirements to keep warming to 1.5°C. Also, Hershey will invest in renewable energy and land-use initiatives; target 100% of its plastic packaging to be recyclable, reusable or compostable by 2030; and create a no-deforestation policy.

SMITHFIELD FOODS, INC. announced new commitments it will implement across its portfolio by 2030: to achieve consumer packaging that is 90% recyclable, reusable or industrially compostable—and to halve use of virgin petroleum-based plastic.

NABATI FOODS, which was founded in 2014 in Edmonton, Alberta, Canada by a husband and wife team, has grown from its humble beginnings selling its plant-based products at the farmer’s market, to announcing that it has raised $7.7 million following a year of explosive growth, and has plans to go public with a new corporate headquarters in Vancouver.

MCCAIN FOODS LIMITED has made a substantial investment of $65 million (CD) in TruLeaf Sustainable Agriculture and its wholly owned subsidiary GOODLEAF FARMS to help drive the GoodLeaf’s growth and expansion plans.

AVERY DENNISON acquired ZIPPYYUM, a US-based startup that develops and sells software and hardware solutions for operational automation and inventory management for the food industry. The acquisition expands the global capabilities of Avery Dennison’s Freshmarx Intelligent Food Industry Solutions with an integrated offering of hardware, software and consumables.

The EUROPEAN MACHINE VISION ASSOCIATION and THE KHRONOS GROUP, an open consortium creating graphics and compute interoperability standards, jointly announced the formation of an Embedded Camera API Exploratory Group (open to all at no cost) to explore industry interest in the creation of open royalty-free API standards for controlling embedded cameras and sensors.

NSK LTD. completed the acquisition of the global condition monitoring system business known as Brüel & Kjær Vibro from SPECTRIS PLC., in line with the initial announcement made on December 10, 2020.

On June 1, 2021, DOPPSTADT SYSTEMTECHNIK GMBH will be renamed to ALLRECO GMBH. 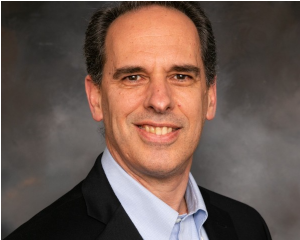 AIB INTERNATIONAL, a global consultant in food safety and quality, appointed DAN MARTIN as president and CEO. He succeeds Andre Biane, who led the company for the past eight years and announced in 2020 his plan to retire. Martin is a food and beverage industry veteran who launched his own consulting practice in 2020, working with numerous food and beverage companies to drive profitable topline growth. Prior to that, Martin was CEO of Twinings North America for 15 years, leading them to become the fastest growing tea company in North America. His career began in 1988 with Kraft Foods, where he held numerous positions of increasing responsibility. Photo courtesy AIB International 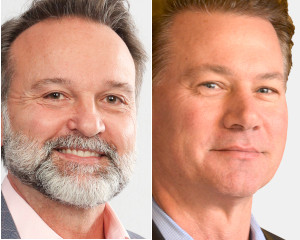 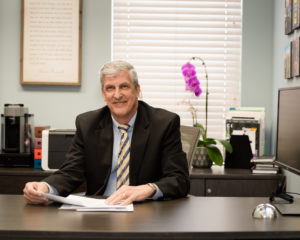 SPEC ENGINEERING, A GRAY COMPANY, announced that JEFF JENDRYK has joined the company as VP of business development. He has more than 30 years of experience in the marketing, consulting, and design of projects and equipment in the food & beverage sector. Jendryk is past chairman of the American Society of Mechanical Engineers—Chicago Section (ASME), and is certified in sanitary design and construction for food processing plants. Photo courtesy Spec Engineering 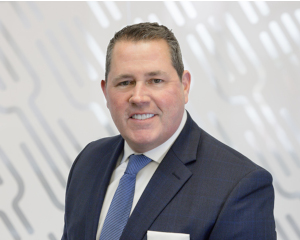 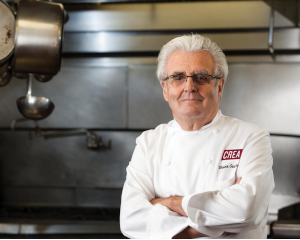 DR. BRUNO GOUSSAULT, chief scientist of CUISINE SOLUTIONS INC. and founder of the Culinary Research & Education Academy (CREA), has been awarded the Lifetime Achievement Award (Fauteuil de l’Academie) by the USA Chapter of the Académie Culinaire de France. He was honored worldwide virtually for his unwavering commitment to educating acclaimed and aspiring chefs about the sous vide cooking process. Photo courtesy of Cuisine Solutions 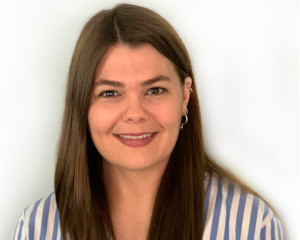 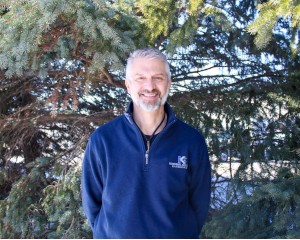 KNOBELSDORFF (KE) announced the addition of JASON GRAHEK, business development manager to its team. In this newly created position, Grahek will lead new business efforts by focusing on growing KE’s industrial and automation accounts, as well as participating in a wide variety of company initiatives. Photo courtesy of Knobelsdorff 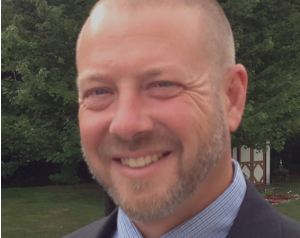 AGR INTERNATIONAL appointed STEVE SMITH to director of sales for Agr’s North American sales organization. He will oversee all sales related activities within the U.S., Mexico, Canada and several countries within Latin America and the Caribbean. Photo courtesy of Agr International 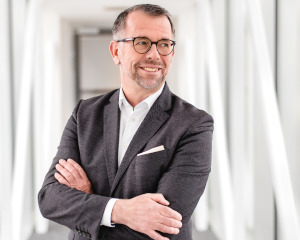 MULTIVAC’s Group President CHRISTIAN TRAUMANN, has been elected to the Presidium of the German Institute for Standardisation (DIN). He will represent the packaging technology sector for his period in office from 2021 to 2026. Photo courtesy of Multivac 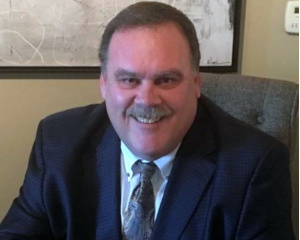 The HONEY BAKED HAM COMPANY announced JIM DINKINS as its new CEO. Dinkins brings more than 30 years of experience including an impressive tenure at The Coca-Cola Company.

CARGILL named Jamie Miller as its chief financial officer, who will serve on the company’s executive team. She will join Cargill on June 1, 2021, at the start of its new fiscal year.

TREEHOUSE FOODS, INC. announced that its Board of Directors has elected ANN M. SARDINI as chair of the Board. Ms. Sardini has as an independent TreeHouse director since May 2008 and succeeds GARY D. SMITH. Smith, who served as chairman of the Board since July 1, 2018, will remain on the Board.

The KROGER CO. announced the retirement of MIKE DONNELLY, executive vice president and COO, after more than 42 years of distinguished service, effective later this spring. A succession plan will be announced at a later date.

Edmonton-based NABATI FOODS, an Eat Beyond portfolio company, has announced several new additions to its management team, including the former CEO of Mars Canada, DON ROBINSON, who in addition to his role as chainman of the Board for Eat Beyond, will also support Nabati Foods as executive chairman. Other new team members include MICHAEL OWEN, business development officer; KARL WIRTZ, manufacturing director; IAN GILMOUR, process Director; ROBERT KANG, director; and JOE SANTOS, VP sales.

NOVOLEX appointed DENNIS NORMAN as its chief financial officer. He succeeds PAUL PALMISANO, who has decided to retire after eight years.

KALERA announced the appointment of MARIA SASTRE to its Board of Directors.

TEECCINO, known for its roasted herbal coffees and teas, announced that CHRIS LINZEY will be joining the team as national sales manager for the distributor channel.

CYCLYX INTERNATIONAL, a feedstock management company co-founded by Agilyx Corporation and ExxonMobil, announced the appointment of KEVIN PAINE as vice president of finance.

CEO of FOOD BANKS CANADA, CHRIS HATCH, has been appointed to the CANADIAN FOOD POLICY ADVISORY COUNCIL, which will provide a critical forum to engage food, community and agriculture leaders on how to build collectively a better food system for all Canadians. It will also provide advice to the Minister of Agriculture and Agri-Food on current and emerging issues.