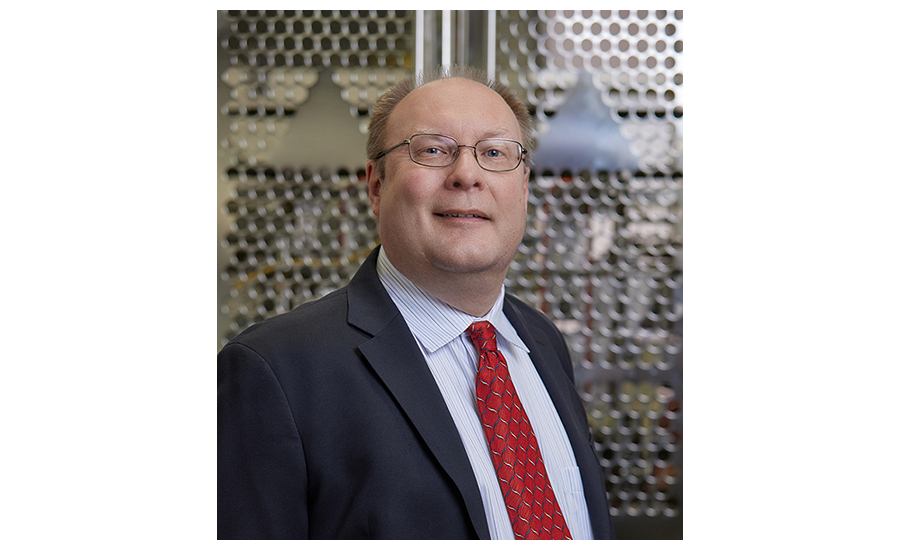 TRIANGLE PACKAGE MACHINERY CO. named ROBERT BLASSICK as chief financial officer. He replaces the current CFO, Tim Gasparich, who is retiring. As CFO, Blassick is responsible for overseeing and analyzing Triangle’s finances and helping provide a vision for the future and plan for scaling Triangle’s business. 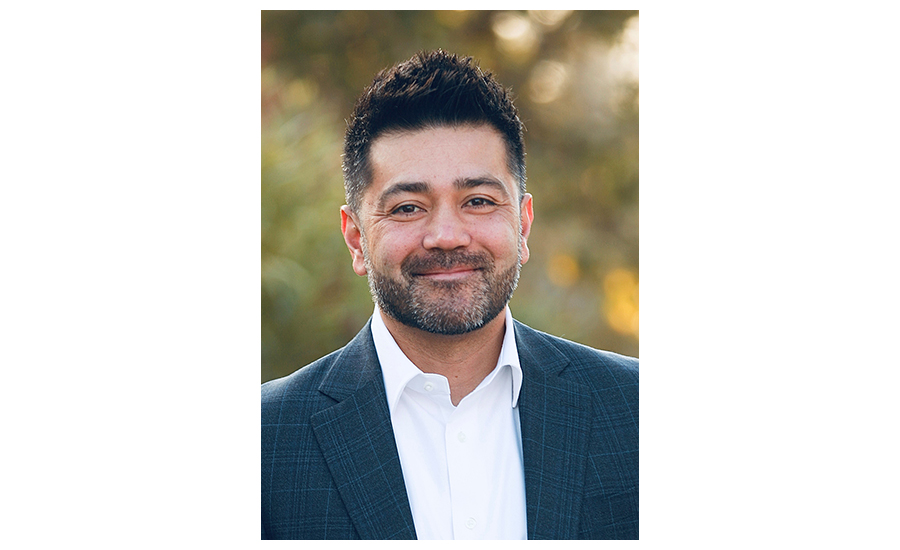 LENZE, an automation company for the machine-building industry and a specialist in motion-centric automation, appointed President and CEO TOM MATHIAS to the Lenze Americas executive team. Most recently, he was president & CEO of Omron Robotics & Safety Technologies. He has 25 years of experience in the industrial automation industry. 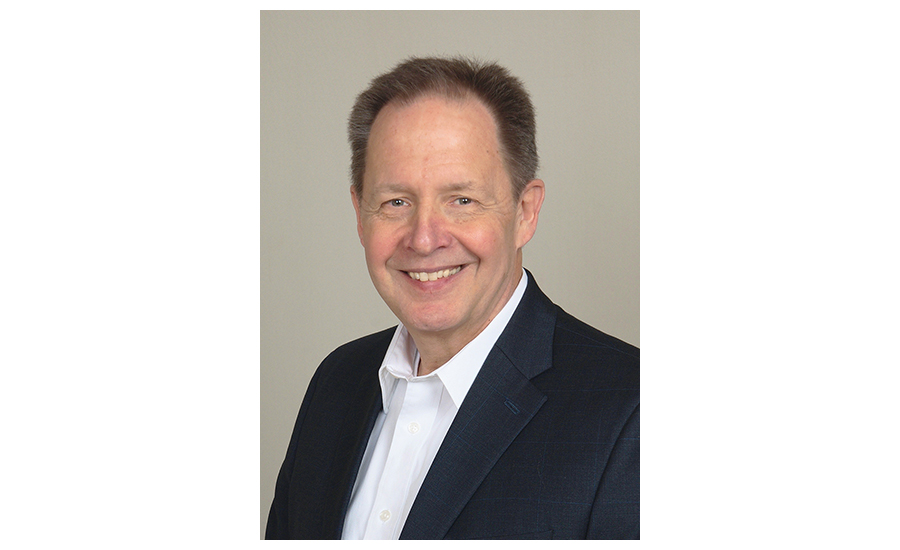 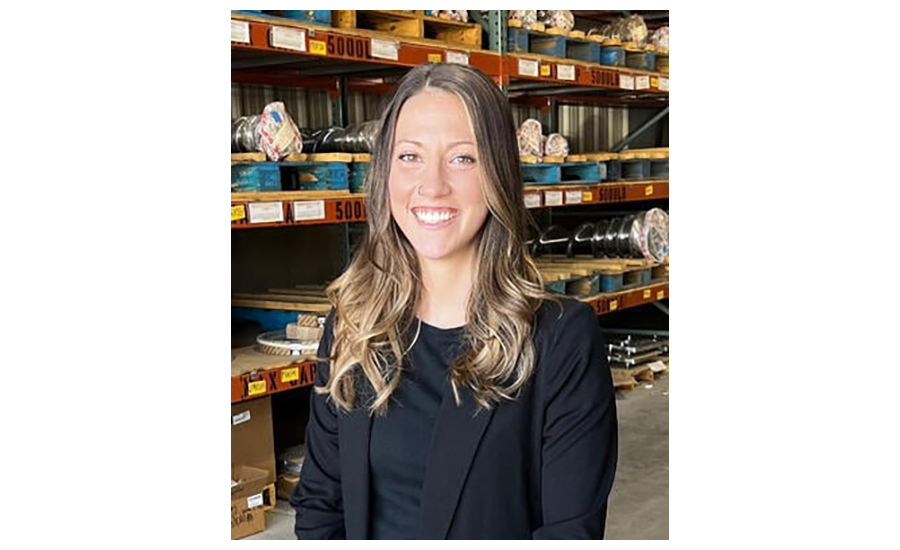 ROME GRINDING SOLUTIONS appointed NICOLE CHESTNUT to the position of vice president of operations. In this executive role, Chestnut will be responsible for direct oversight of all business operations and production. She will focus on partnering with sales, production, sourcing, project management and human resources to meet established goals and improve current processes in production and operations. 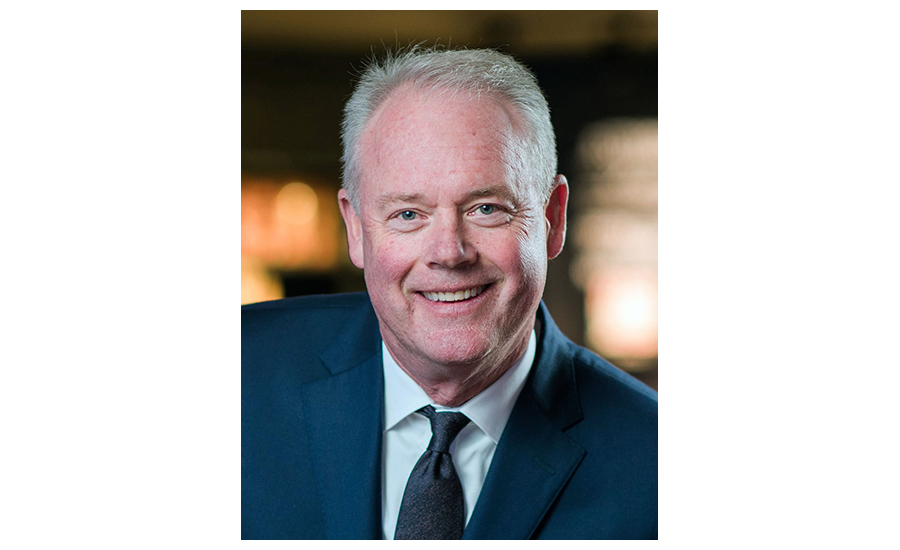 STARBUCKS CORPORATION has announced that KEVIN JOHNSON, president and chief executive officer, intends to retire after a 13-year tenure at the company, including the last five years as CEO. Founder Howard Schultz will step in as interim CEO during the search for Johnson’s replacement. 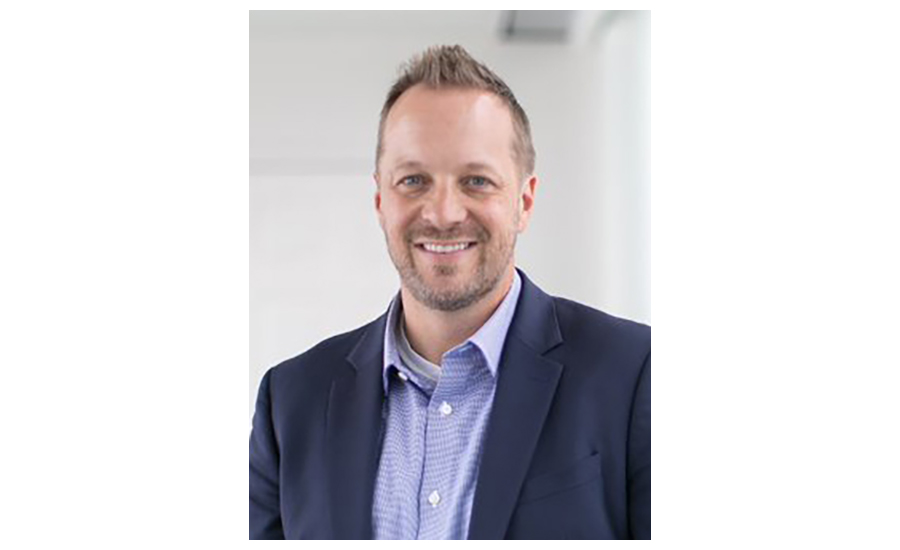 LITEHOUSE INC. announced its new vice president of marketing, PAUL HEMINGWAY, and the promotion of BRAD HORN to senior vice president of sales and marketing. Hemingway has more than 20 years of brand marketing experience at leading consumer food companies, including J.M. Smucker Company, Coca-Cola and Wendy’s. Horn joined Litehouse in 2020. 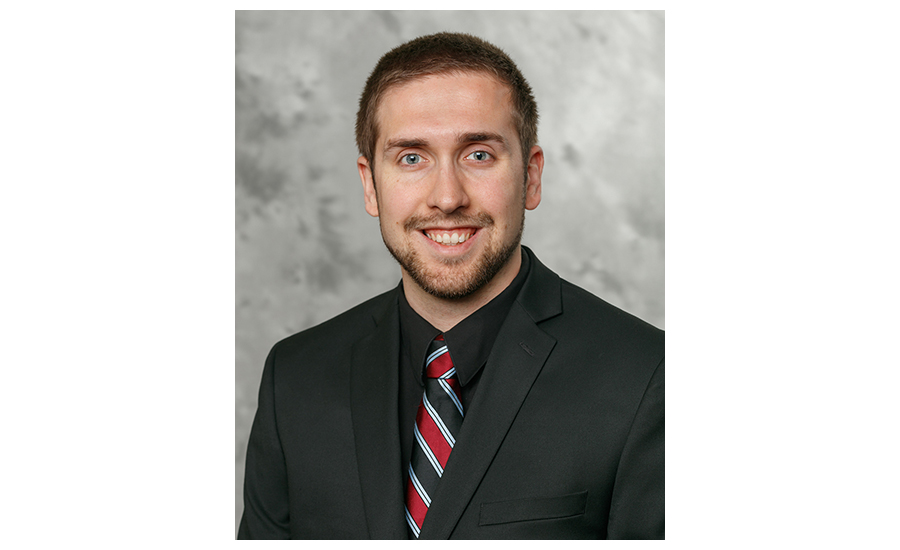 WOOSTER PRODUCTS, supplier of anti-slip safety stair treads and walkway products, has added MATT GRAY as research & development manager and quality control manager. Gray is a PhD Graduate of The Ohio State University Department of Chemistry and Biochemistry and has extensive experience in synthetic materials chemistry and powder diffraction. 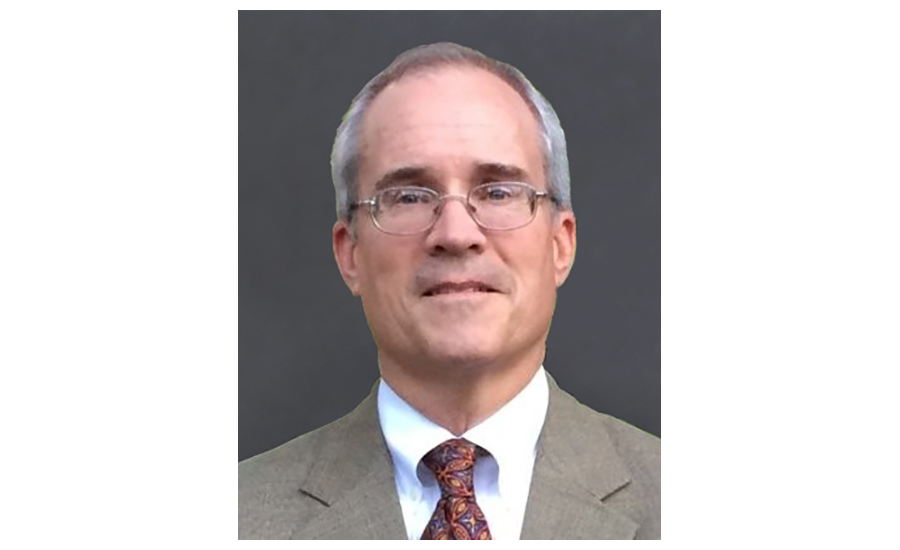 ADMIX INC. appointed TIM DINING as its new chief operating officer. He joins the Admix leadership team with more than 30 years of experience leading manufacturing operations environments. His strengths in implementing manufacturing technologies and improving workflow processes will be instrumental as Admix continues to grow its product lines and implement lean principles. 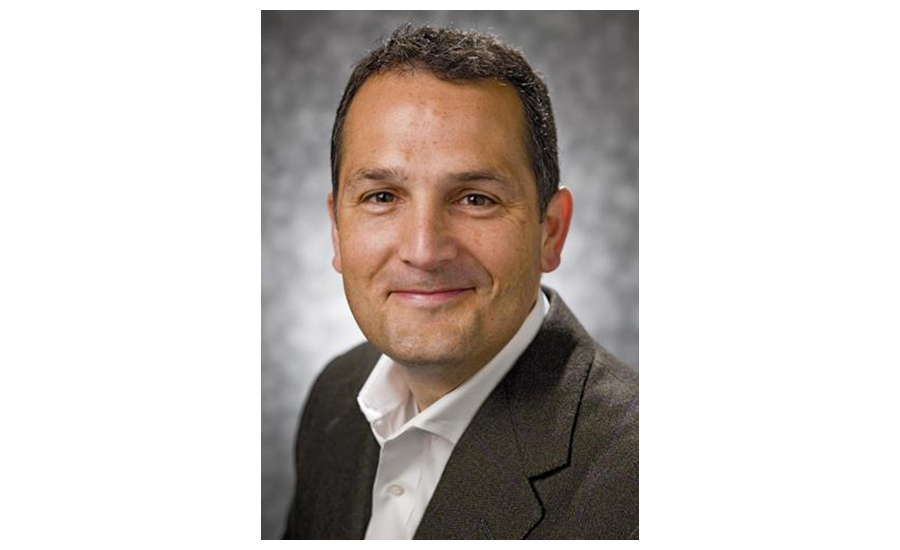 LUNDBERG FAMILY FARMS—a producer of organic rice, rice products and U.S.-grown quinoa—announced the selection of CRAIG STEVENSON as the company’s chief executive officer. Stevenson succeeds Grant Lundberg, who retired after 34 years with the company and 23 years as CEO.

PROVECTUS ALGAE, an Australian synthetic biology company specializing in microalgal biomanufacturing technologies for the production of specialty ingredients for a wide array of industries and applications, appointed DR. CLAUDIA VICKERS as its chief scientific officer. This strategic move ushers in the next stage of organizational growth for Provectus.

ARDENT MILLS announced that MANOJ RANA has joined the company as its vice president of corporate and business development. In this newly created role, Manoj will partner with leaders across the industry to identify future business ventures that support Ardent Mills’ long-term growth strategy.

BETTERBRAND INC, appointed STEVE POLONOWSKI as president and chief commercial officer. The move comes as the company scales up its manufacturing capabilities and prepares for retail distribution in 2022.

BROWN-FORMAN CORPORATION announced the appointments of DAN MURASKI to the role of chief information officer and SAILAJA KOTRA-TURNER to the role of chief information security officer. Both have deep experience in advanced analytics, applications and cyber security—important to keeping Brown-Forman at the forefront of information technology and advanced analytics capabilities, while mitigating risks, said Tim Nall, SVP, chief global supply chain and technology officer.

COCA-COLA BEVERAGES FLORIDA announced the promotion of PAUL PHEFFER to vice president, finance. In his new role, he will continue to serve as the company’s controller and chief accounting officer and will also oversee all treasury activities.

FLEXCOLD announced the appointment of its next leader, CRAIG TURNER, as president. A seasoned food distribution and supply chain executive, Turner is qualified to advance FlexCold’s vision and establish its model to serve the nation’s cold supply chain with innovation, efficiency, and customer focus.

DMC BIOTECHNOLOGIES appointed KELLY SMITH as VP R&D. Previously, she was head of bioprocessing and formulation development at Joyn Bio. Smith has more than 20 years of experience building and leading research and development teams and has a Ph.D. in Applied Microbiology from California Institute of Technology.

KUKA ROBOTICS named CASEY DIBATTISTA and VANCHO NAUMOVSKI to key leadership positions within the company, leveraging decades of experience and expertise to drive organizational growth and lead the industry. DiBattista is now the chief regional officer of KUKA North America, and Naumovski is the new vice president and general manager of operations for the United States.

ADM announced that RAY G. YOUNG will assume the additional role of vice chairman, in which he will provide strategic counsel on major initiatives critical to ADM’s future success. Young plans to transition from his role as chief financial officer once his successor is identified.

AIB INTERNATIONAL CERTIFICATION SERVICES, INC. announced that DANIEL BALDWIN, BCE, CCFS, CP-FS was elected as chairperson of the board of directors. Baldwin is a veteran of the professional pest prevention and food safety industries, and vice president of technical and training services of Hawx Pest Control headquartered in Ogden, Utah.

NSF INTERNATIONAL announced that President and Chief Executive Officer KEVAN P. LAWLOR has decided to retire in 2022 and PEDRO SANCHA will become the organization’s next president and CEO. 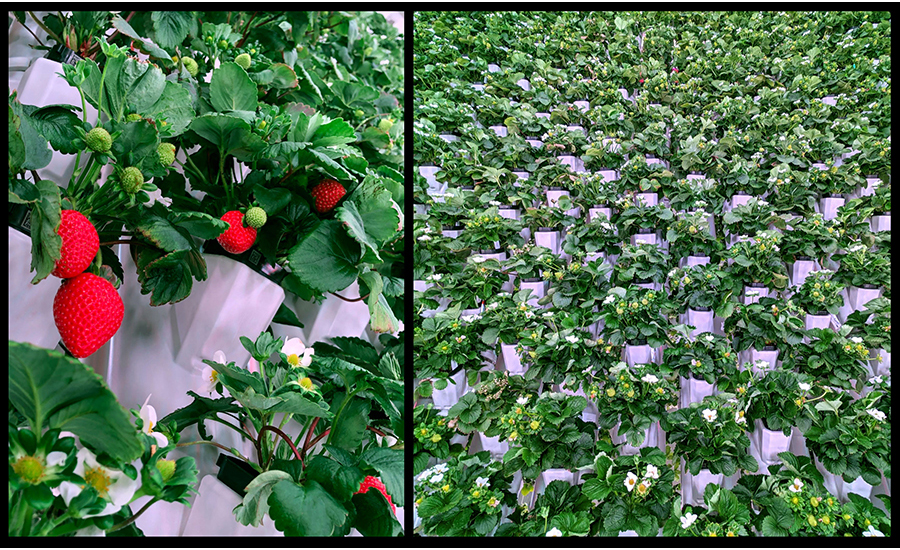 One year after announcing their joint research and development work to grow strawberries indoors, DRISCOLL’S and PLENTY UNLIMITED INC. are expanding their relationship to build a new indoor vertical farm dedicated exclusively to strawberries. This new farm, to serve consumers in the northeastern United States (exact location TBA), will provide fresh strawberries closer to consumers who live in highly dense urban regions.

HIXSON, a Cincinnati-based architecture, engineering and interior design firm, has been certified as a “Great Place to Work” by the Great Place to Work Institute. The prestigious award comes after the company conducted a confidential survey of Hixson associates about their experiences working at Hixson.

OMYA, a global distributor and manufacturer of specialty ingredients, has strengthened its growth in Asia Pacific with the acquisition of PRIMA INTER-CHEM SDN BHD, a diversified distributor of ingredients and specialty chemicals in Malaysia and Indonesia.

AM FRESH GROUP and SPECIAL NEW FRUIT LICENSING (SNFL) announced a definitive agreement under which AM FRESH is acquiring INTERNATIONAL FRUIT GENETICS (IFG) and merging it with SNFL, creating a combined company that significantly advances SNFL’s and IFG’s abilities to develop further their breeding capacities and add to their portfolio to address industry demand.

GOLDEN STATE FOODS (GSF) announced its 22nd Annual Chairman’s Challenge Award, recognizing the company’s top FACILITY TEAM of 2021—located in Opelika, Ala.—for overall achievements in safety, quality, customer service, associate engagement, growth, innovation, and corporate social responsibility. In another announcement, GSF recognized its LIQUID PRODUCTS NORTH AMERICA team with the company’s prestigious Innovation Award for its development and implementation of a transformative sauce portion-dispensing solution. Piloted in partnership with GSF customer McDonald’s and its packaging supplier Sealed Air, the innovative back-of-house restaurant solution also earned the Association for Dressings and Sauces (ADS) 2021 Package of the Year Award for the portion-dispensing pouches that reduce primary packaging by up to 85%, among other efficiencies, savings and sustainability benefits.

BARRY CALLEBAUT opened its new regional headquarters in Singapore at the OUE Downtown 2 building. The company has had 25 years of presence in the country.

The KRAFT HEINZ COMPANY and SIMPLOT FOOD GROUP, a division of the J.R. Simplot Company, signed a long-term agreement naming Simplot as the exclusive manufacturer and supplier of Ore-Ida. Kraft Heinz will continue to own the Ore-Ida brand. In another announcement, Kraft Heinz and tech start-up THENOTCOMPANY, INC. (NotCo) announced a joint venture designed to reimagine global food production and advance toward a more sustainable future. NotCo brings its patented artificial intelligence solutions, while Kraft Heinz offers its iconic brand portfolio and scale, to develop plant-based versions of co-branded products.

PROMACH, a supplier of processing and packaging machinery solutions headquartered near Cincinnati, Ohio, has completed its acquisition of TECHNIBLEND, a provider of engineered process systems for the liquid processing industry.

RIVIANA FOODS INC. announced the signing of a definitive agreement to purchase the assets of INHARVEST Inc., which specializes in the production, marketing and sale of premium specialty rice, quinoa and grains.

PETCO HEALTH AND WELLNESS COMPANY INC. announced an expansion of its partnership with JUSTFOODFORDOGS to co-develop a new human-grade fresh and frozen owned brand pet food for Petco’s WholeHearted line, as well as pilot a custom food program at Petco’s pet care centers.

MULTIVAC is expanding its Bulgarian production site in Bozhurishte by 5,000 sq.-m., which reflects an investment of five million euros.

ALEPH FARMS has moved to a 65,000-sq.-ft. facility in Israel, allowing the establishment of a pilot production facility.

CURTEC, a manufacturer of sustainable, high-performance packaging, plans to establish operations in Oconee County, S.C. The company’s $13 million investment will create 32 new jobs over the next five years.

The MOSAIC COMPANY and BIOCONSORTIA, INC. have entered into an agreement to develop and launch nitrogen fixing microbial products for all crops, including corn, wheat, rice, fruit and vegetables in China, India, Thailand and Vietnam.

KOLLMORGEN is relocating to a new facility in Gothenburg, Sweden. The move is part of a strategic initiative to meet the future demands for AGVs and mobile robots by expanding the business and increasing the innovation and development capacity.

GELTOR announced the successful completion of its commercial-scale manufacturing run of PrimaColl, the high-purity bioactive collagen for food and beverage, made with zero animal inputs.

GREEN LIFE FARMS announced its partnership with CHENEY BROTHERS, INC. where Green Life Farms will be the exclusive Butterhead Lettuce supplier to more than 5,000 Cheney Brothers customers from Fla. to N.C. and beyond.

VEJII HOLDINGS LTD. announced the launch of PLANET BASED FOODS’ hemp-protein products including the HEMP Burger, HEMP Crumble, and the HEMP Sausage Patty product ranges into the Company’s US platform.

People and Industry News: May 2017

People and Industry News: May 2021

People and Industry News: May 2018