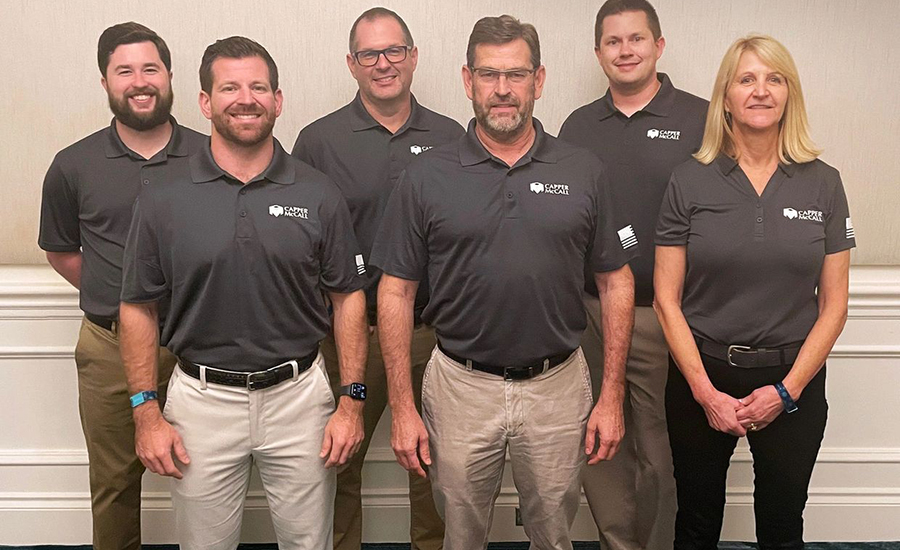 TRIANGLE PACKAGE MACHINERY COMPANY is partnering with CAPPER-MCCALL COMPANY for representation in the Southeast U.S. territory. The team will directly support Jeff Schuch, Triangle Southeast regional sales manager. Capper-McCall is a manufacturer’s representative firm specializing in automation through packaging machinery. Since 1966, the company has served a variety of industries in the Southeastern U.S. with sales offices located in Ga., N.C., Tenn. and Fla. 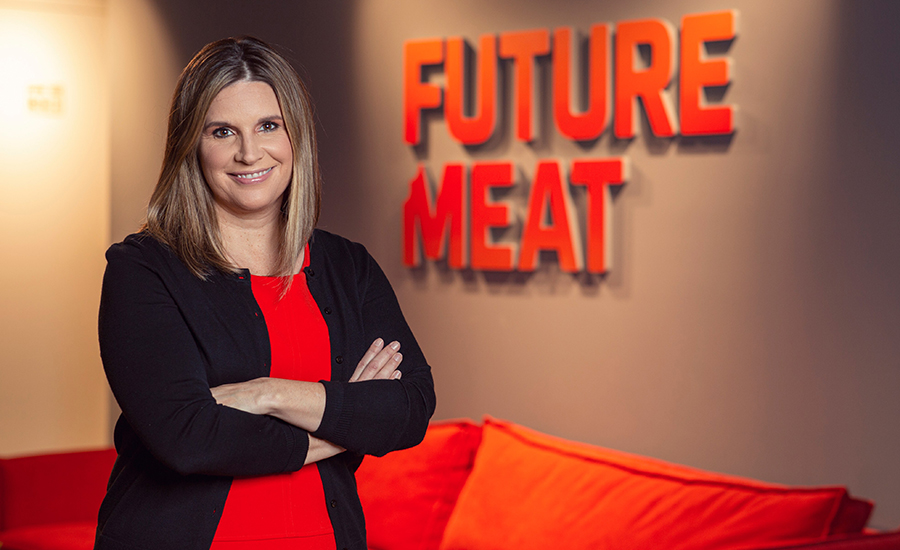 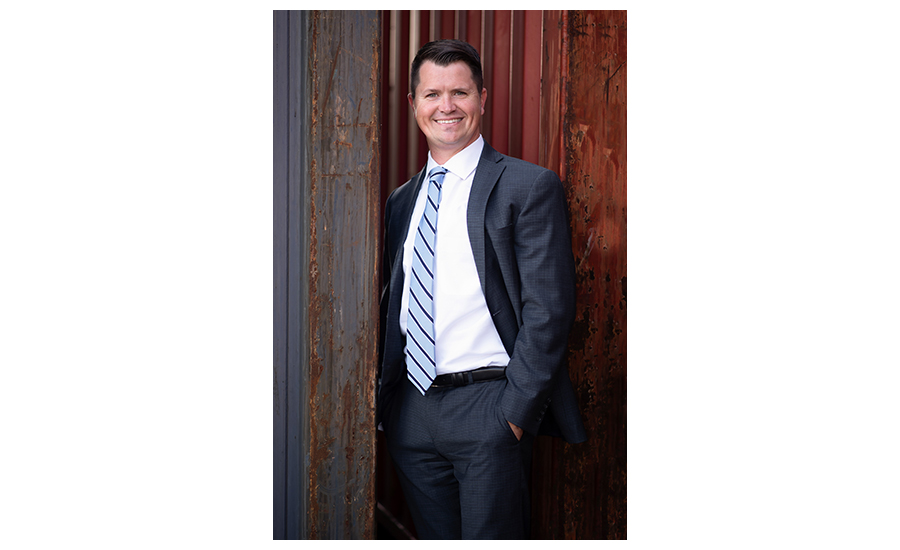 RFW CONSTRUCTION GROUP announced the addition of business and economic strategist FRANK TATE to its executive team. A seasoned business professional, Tate has 1.4 billion dollars’ worth of economic projects under his belt, with the proven ability to lead both community and economic development organizations. 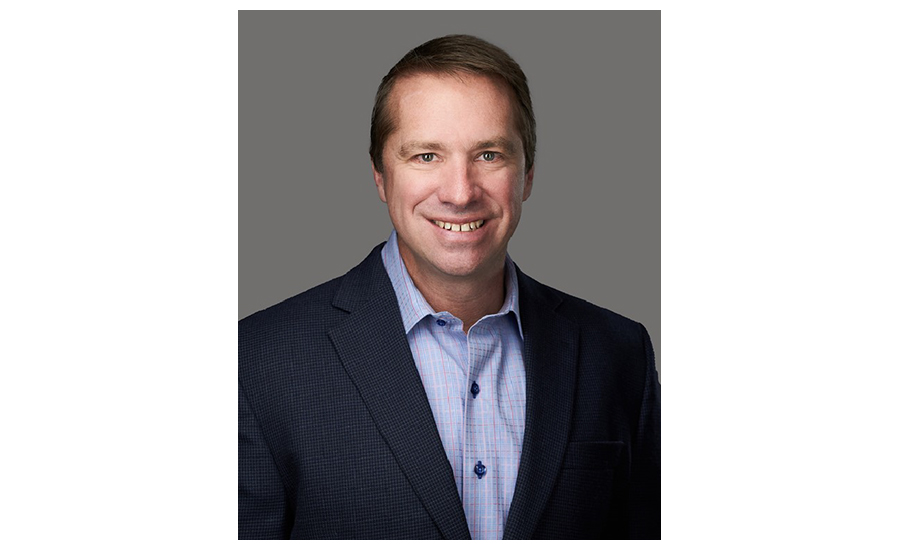 BW INTEGRATED SYSTEMS, a Barry-Wehmiller Packaging Systems company, announced the appointment of KARL ODEGAARD to vice president of operations. Odegaard will direct leadership for the engineering, manufacturing and assembly teams across the company’s U.S. locations. 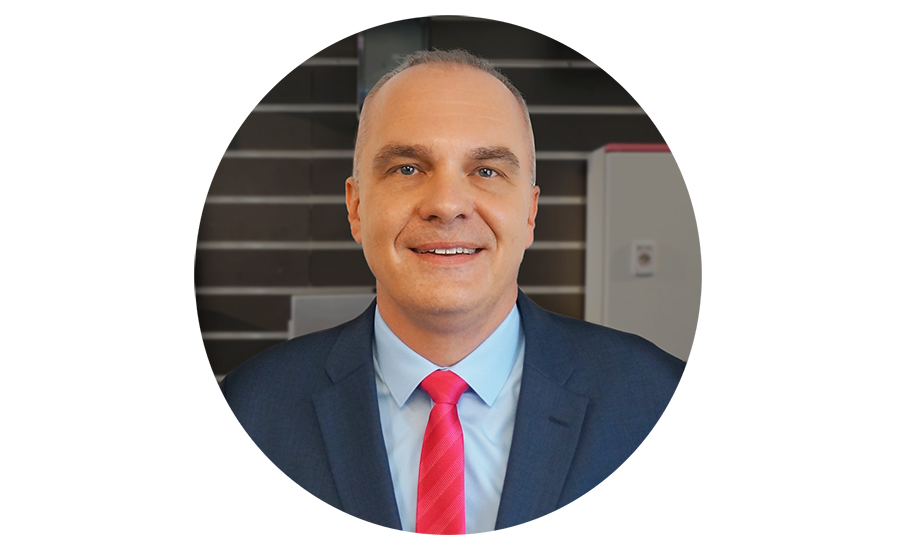 RITTAL NORTH AMERICA LLC, a global provider of system solutions for industrial and IT enclosures, appointed ANDREAS RUZIC as chief executive officer of Rittal USA. This position adds operational management responsibilities to his current role of executive vice president of Rittal North America. In his expanded role, he will lead an executive team responsible for the growth of the business as well as the company’s operations, manufacturing, sales and administrative functions.

MBOLD, a Minnesota-based coalition accelerating solutions to the most pressing challenges facing food and agriculture, announced that Managing Director JOANNE BERKENKAMP has been named to the PROTEIN HIGHWAY Board of Directors. Protein Highway is dedicated to enhancing cross-border collaboration in the plant protein industry among businesses and researchers across the Canadian Prairies and U.S. 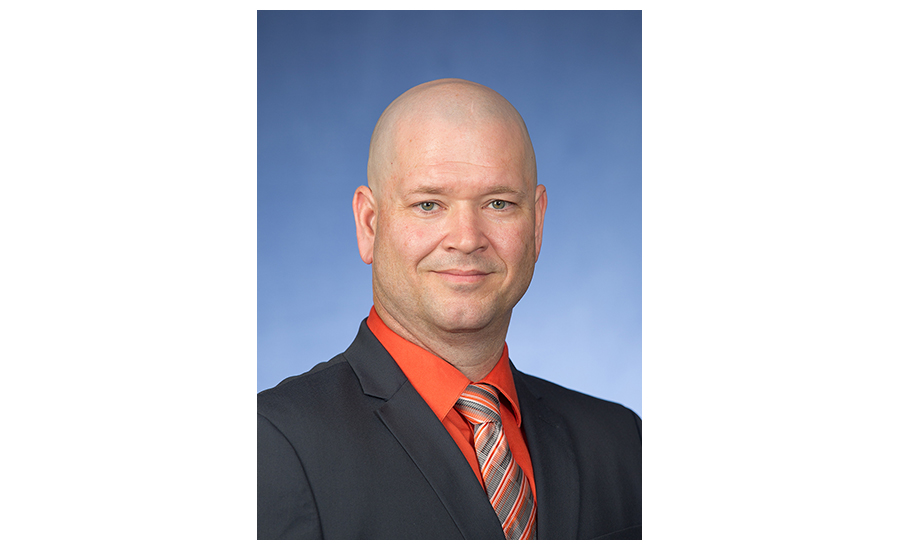 STELLAR, a fully integrated firm focused on design, engineering, construction and mechanical services worldwide, promoted MIKE DAVIS to senior vice president in food and beverage. He most recently served as that division’s vice president of operations. 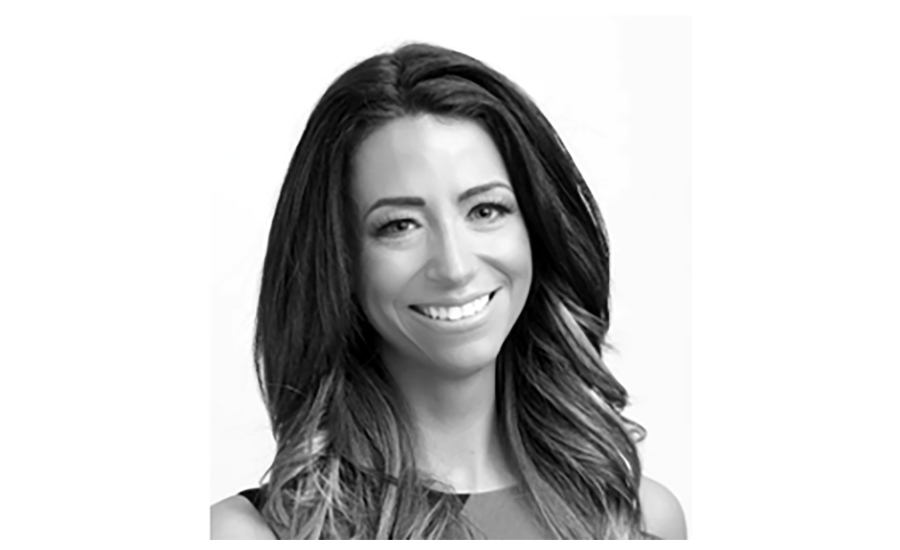 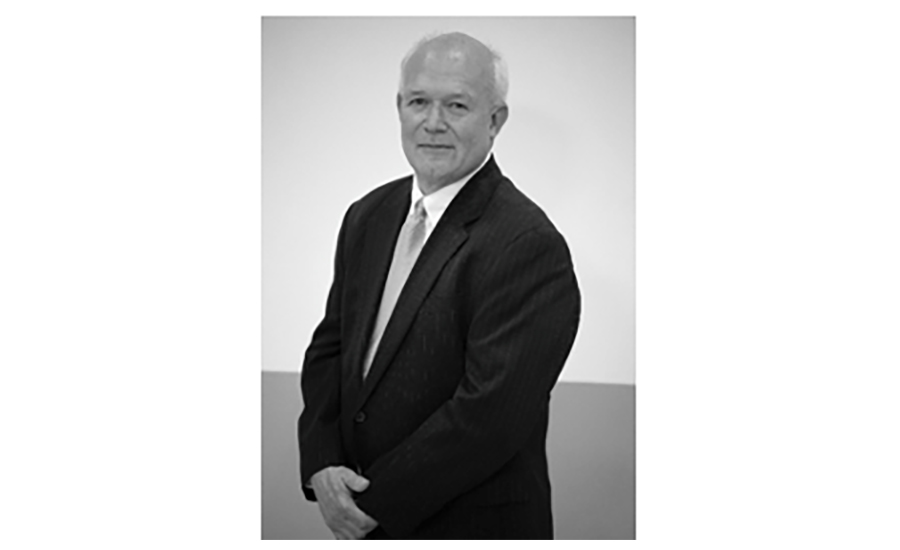 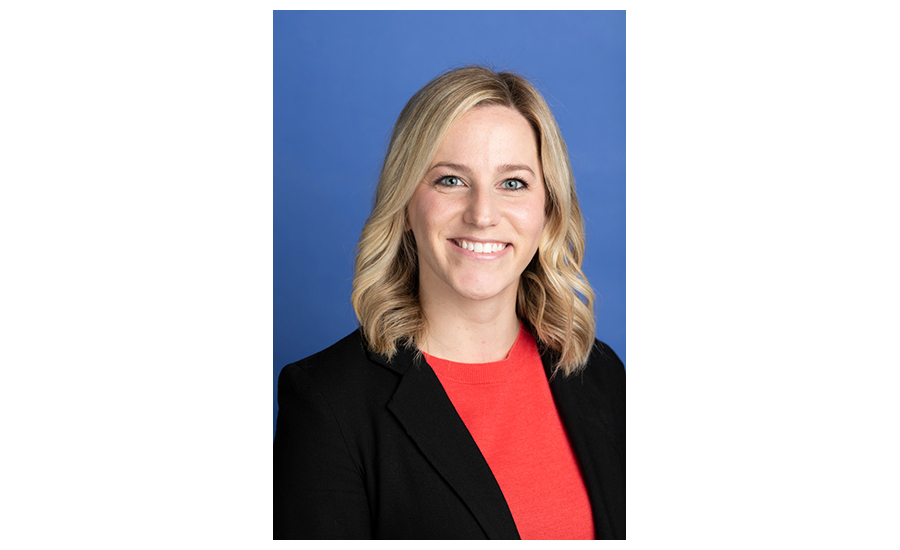 CRB, a global provider of engineering, construction, consulting and architecture solutions, appointed COURTNEY HOLT as general counsel. Holt succeeds JIM SCOTT, who will retire later this year after eight years as CRB’s in-house counsel and several years before that as outside counsel. 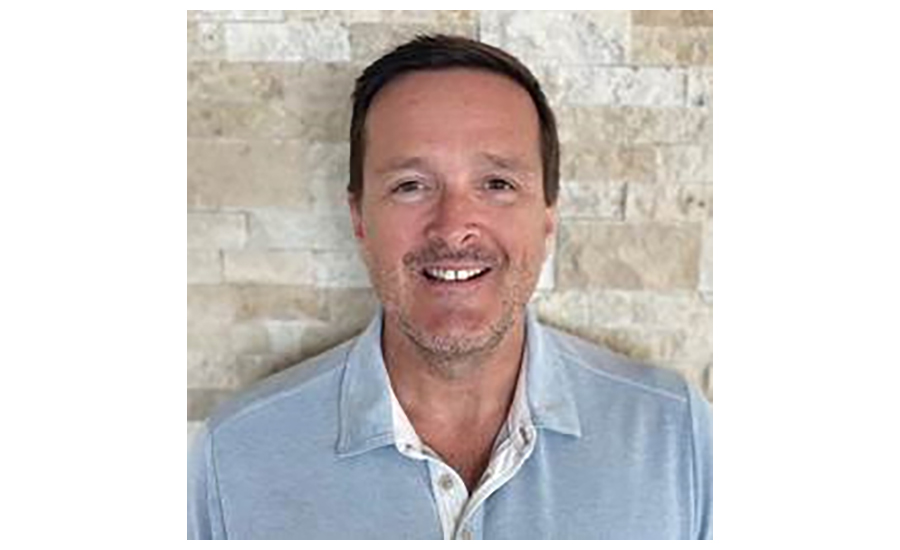 NATURE’S BAKERY has promoted STEVE GARDINER as its CEO. Previously, Gardiner was the company’s chief customer officer, and he brings more than 30 years of CPG industry experience to his new role. 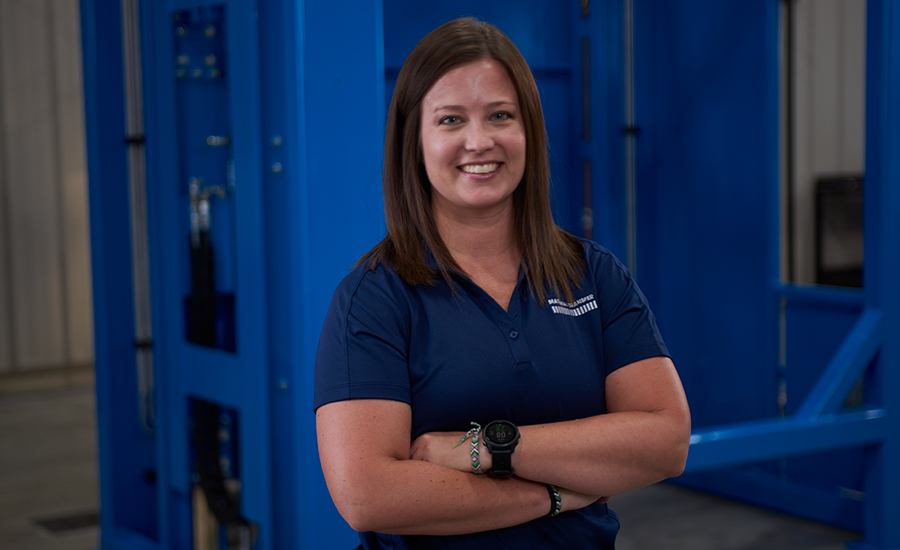 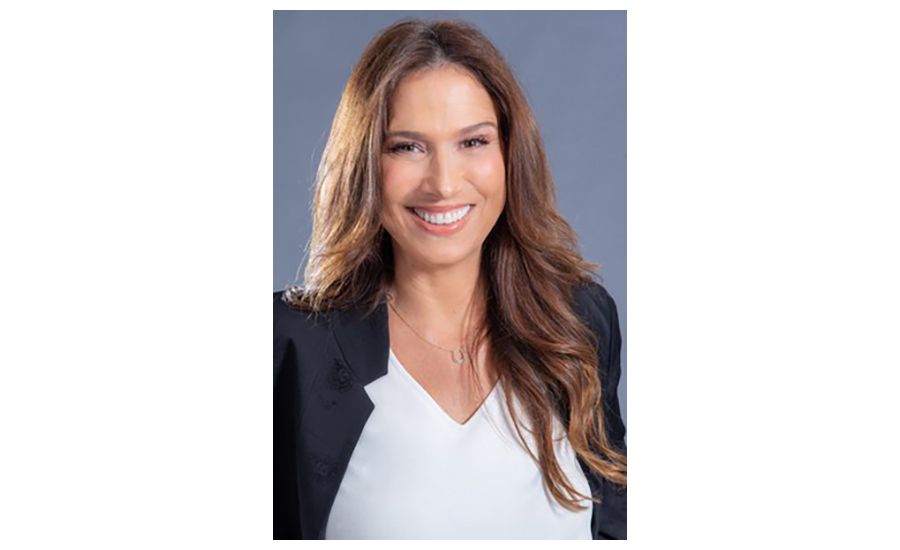 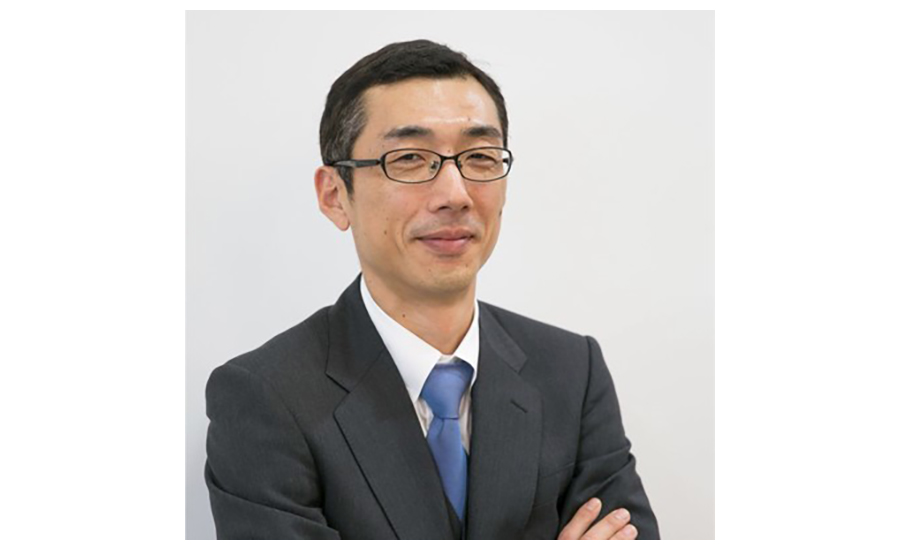 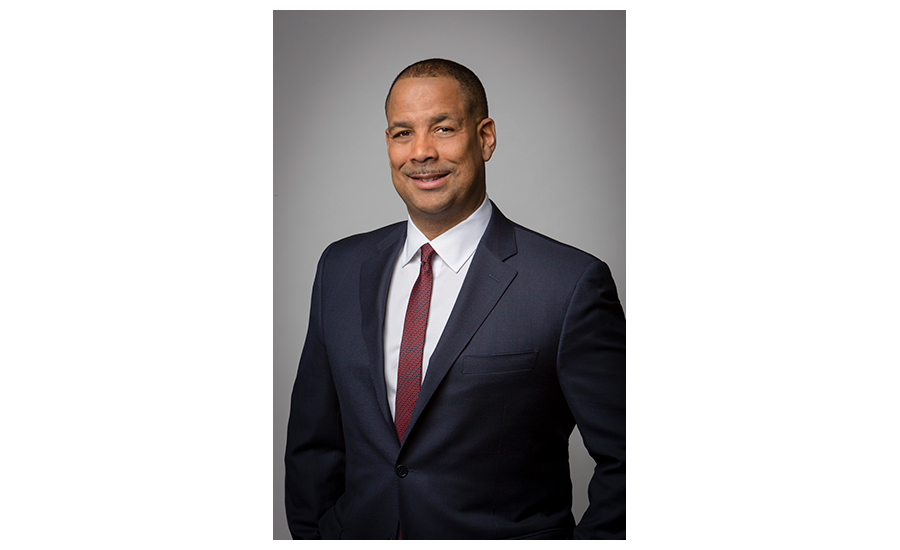 IFF announced the appointment of FRANK CLYBURN, an accomplished leader and operational executive, to succeed Andreas Fibig as CEO and a member of the IFF Board of Directors. Clyburn joins IFF from Merck & Co., where he served as executive vice president and president of human health and had full P&L responsibility for nearly 90% of Merck’s $48 billion business.

LAIRD SUPERFOOD INC. appointed JASON VIETH as president, CEO and director. Most recently, he was executive vice president of Sovos Brands. Vieth replaces Paul Hodge, Jr., who has stepped down from the CEO role. 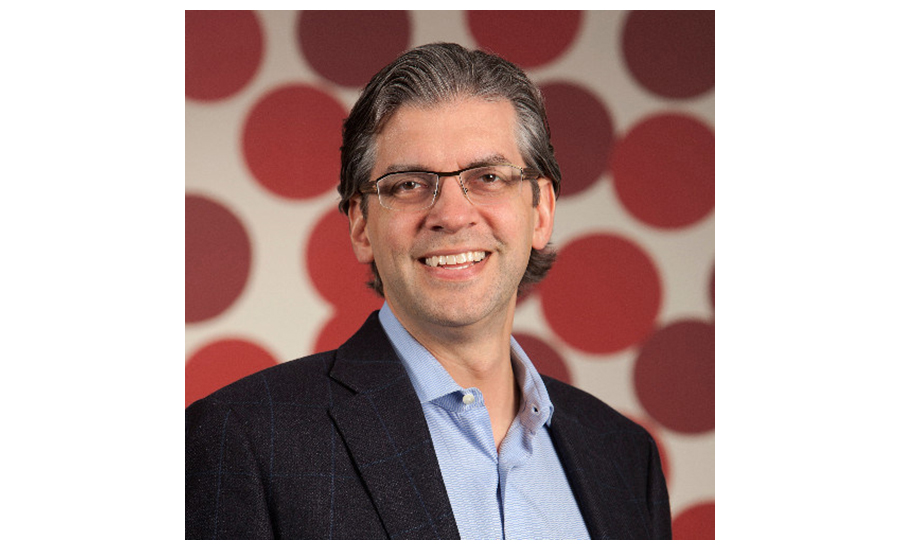 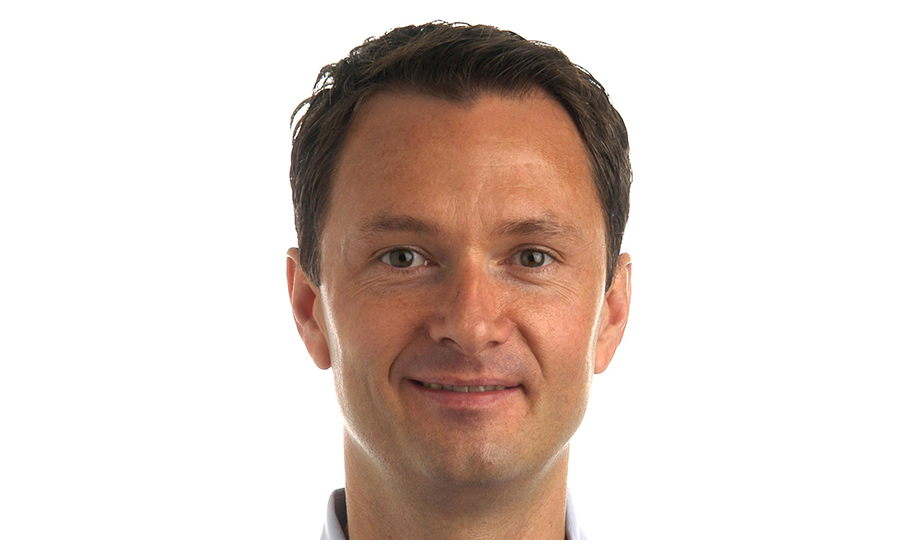 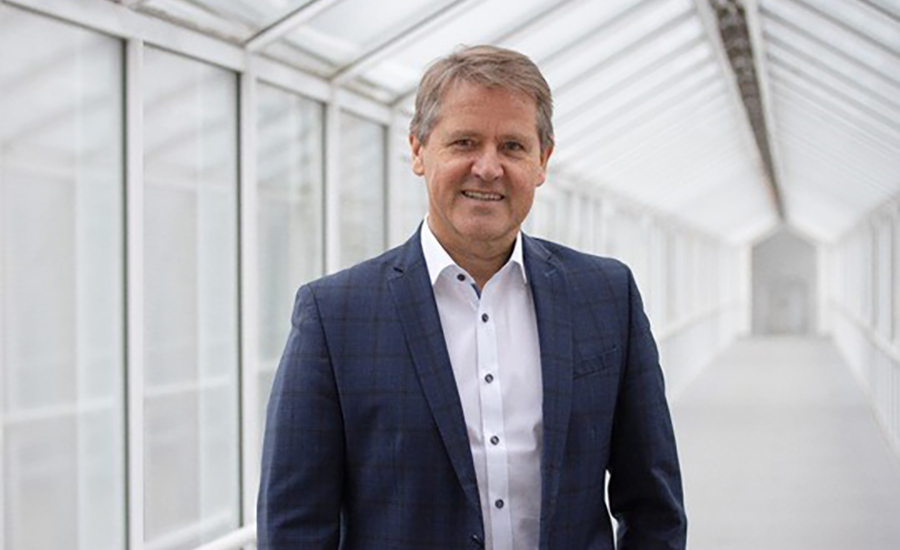 KOEHLER PAPER reports that CHRISTOPH WACHTER took over as director of its Flexible Packaging Paper division. He succeeds Eckhard Kallies, who has had great success in positioning, developing and implementing a long-term strategy for this new business unit as part of a three-year mandate. 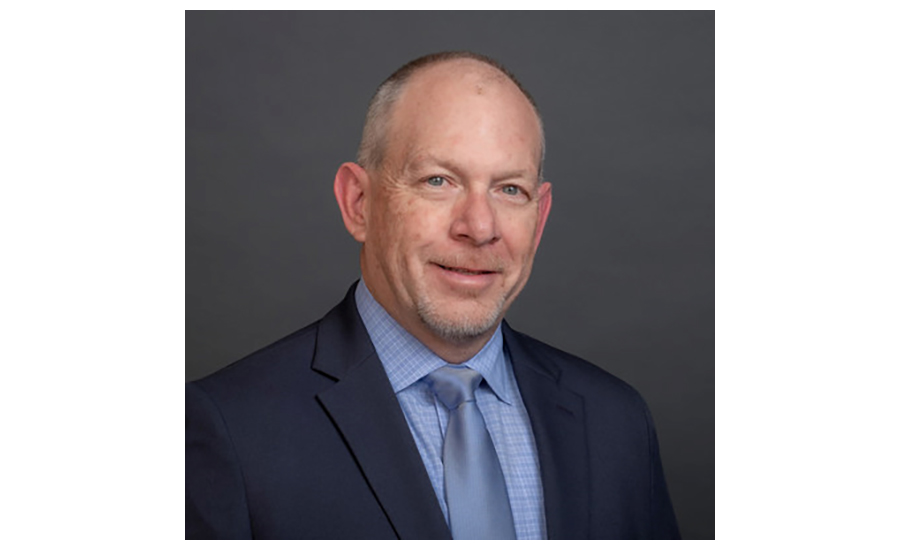 FLEXXRAY, supplier of X-ray inspection and recovery services for the food industry, has announced the addition of KURT WESTMORELAND as chief commercial officer. 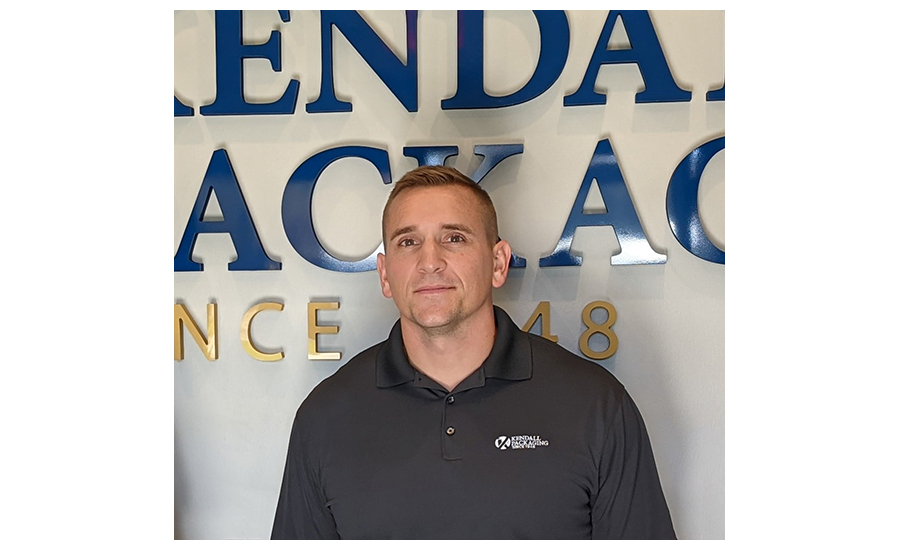 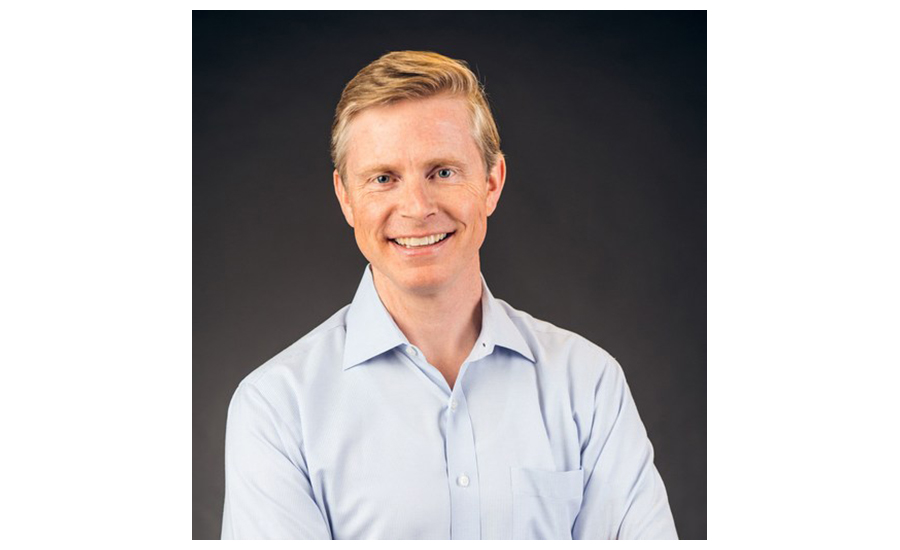 The J.M. SMUCKER CO. appointed Jonathan E. Johnson III to its board of directors, increasing its board membership to 12. 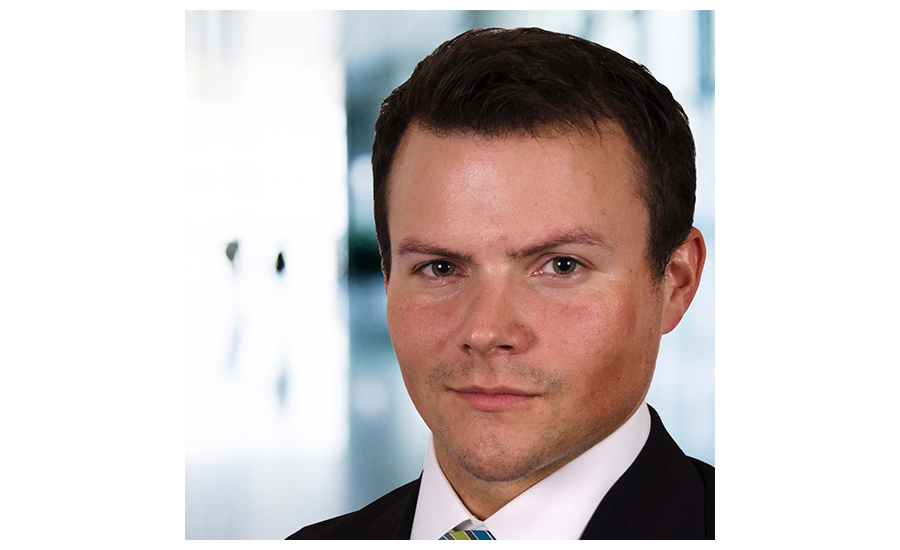 The USA and Canada Chapter of the ACADÉMIE CULINAIRE DE FRANCE awarded the Lifetime Achievement Award to Chef GERARD BERTHOLON of Cuisine Solutions Inc. He was honored for his steadfast commitment to educating aspiring chefs about the culinary arts and the sous vide cooking method.

The KROGER CO. announced the retirement of MARK TUFFIN, senior vice president of retail divisions, after more than 26 years of distinguished service. Tuffin will be succeeded by KENNY KIMBALL, previously president of the Smith’s division.

BEDROCK AUTOMATION announced that automation industry luminary DR. PETER MARTIN has joined its advisory board. Martin, well-known throughout the industrial automation world for his pioneering applications of control theory to business profitability, will advise Bedrock in its advancement of Open Secure Automation.

CULT FOOD SCIENCE appointed LEJJY GAFOUR as president; Lejjy joins the company with 15 years of experience in both public and private enterprises—and is co-founder and former CEO of Future Fields.

DONALDSON COMPANY INC. appointed RICK OLSON and JACINTH SMILEY to its board of directors.

INDUSTRIAL FLOW SOLUTIONS, a global pump manufacturer based in New Haven, Connecticut, has agreed to acquire the Italy-based pump supplier, DRENO POMPE. In addition, Industrial Flow Solutions has agreed to assume the global commercial and execution rights for its direct in-line pumping system—DIP Systeme—from SIDE INDUSTRIE based in Villemer, France.

BENESTAR BRANDS, a salty snacks company with operations across the US and Mexico, has acquired 4505 MEATS, a provider of premium pork rinds and other snacks.

AQUACYCL has signed an agreement with a global food and beverage company to install a sulfur-removing micro-aeration system at one of the processor’s sites. The system reduces risks related to hydrogen sulfide, decreases corrosion, minimizes odor and operates with no chemicals.

TEKNI-PLEX has acquired the assets and licensed technologies of FIBRO CORPORATION, a Tacoma, Wash.-based company that develops and manufactures molded-fiber packaging. The transaction expands Tekni-Plex’s materials science solutions in the fresh food marketplace to include a broader range of sustainable, pulp-based packaging solutions.

KERRY has officially opened a new 21,500-sq.-ft. state-of-the-art facility at its Jeddah operation in the Kingdom of Saudi Arabia.

To translate novel agricultural science into concrete applications and to identify the most promising agricultural technologies, NESTLÉ announced the creation of the Nestlé Institute of Agricultural Sciences, which will be based in Lausanne, Switzerland.

XSYS has implemented a strategic investment program to enhance customer support in North America with the expansion of its rotec facilities in Asheville, N.C. The company offers sleeves and adapters produced on site for the packaging industry.

PLANTPLUS FOODS LLC., a joint venture (JV) between ADM and MARFRIG, announced its portfolio expansion in North America with the completed acquisition of SOL CUISINE LTD., following the recent announcement of the JV’s acquisition of DEW DRINK EAT WELL LLC.

KPOP FOODS, a Korean food startup that launched out of UCLA Anderson and debuted through Kickstarter in 2017, announced its acquisition by WOOLTARI USA, a retail and online grocer of premium Korean food products.

RITE-HITE’S global headquarters project continues to advance on schedule with the recent installation of 900 roof-mounted solar panels on the Tech Building. Expected to help offset the company’s energy costs for years to come, the solar panels will be one of several green building elements used in construction of the 9.5-acre campus in Walker’s Point, Wis.

MEECH INTERNATIONAL, a manufacturer of static control, web cleaning and compressed air technology, has announced the expansion of its UK headquarters in Oxfordshire, with a new 29,000 sq.-ft. production facility at Tungsten Park—a short distance from the main building.

CHOBANI announced an expansion of its Scholars Program, adding a pledge of $1 million and a focus on supporting historically underserved students who wish to pursue a broad set of agricultural interests. The program has helped dozens of university students pursue their ambitions in the dairy industry.

INNOVAFEED, a biotech insect producer for animal and plant nutrition, has signed a strategic partnership with food ingredient provider ADM to expand further into the sustainable pet food industry. This partnership builds on the firms’ leadership in global sustainable agriculture and brings the insect protein industry closer to mainstream adoption.

An affiliate of PEAK ROCK CAPITAL, a middle-market private investment firm, announced that it has completed an acquisition of ZIYAD BROTHERS in partnership with the company’s management team and the Ziyad family.

SANDERSON FARMS, INC. has been named one of America’s Best Large Employers for 2022 by FORBES magazine. The 2022 list ranks the top 1,000 employers in the U.S. across 25 different industry sectors in two categories, large employers and mid-size employers.

ULTIMATION INDUSTRIES was named an honoree in the 2021 BEST OF MICHBUSINESS AWARDS, an achievement that recognizes the company’s business leadership and its transformation into a global, e-commerce provider of conveyor technology and automation.