KEURIG DR PEPPER’S 1.5-million-sq.-ft. production facility and distribution center in Allentown, Pa., has been named the 2021 Food Engineering Plant of the Year. CUISINE SOLUTIONS was named winner of the 2021 Sustainable Plant of the Year for its 315,000-sq.-ft. sous vide plant in San Antonio.

NESTLÉ S.A. has reached an agreement to sell its regional spring water brands (Nestlé Waters North America), purified water business and beverage delivery service in the U.S. and Canada to ONE ROCK CAPITAL PARTNERS in partnership with METROPOULOS & CO. for $4.3 billion. The company’s international premium brands including Perrier®, S.Pellegrino® and Acqua Panna® are not a part of the deal.

ERIEZ completed its expansion to its Wager Road facility, located in Erie, Pa., about 15 miles from the company’s world headquarters. The expanded space will support Eriez’s strategic growth initiatives for global research and development, aftermarket repair and testing, and recycling equipment technology.

TENABLE will acquire Active Directory security startup, ALSID. Founded in France in 2016, Alsid has grown quickly after securing €13m in Series A investment in 2019.

The KRAFT HEINZ COMPANY has entered into a definitive agreement to sell its nuts business to HORMEL FOODS CORPORATION in a cash transaction for $3.35 billion. The proposed transaction is expected to close in the first half of 2021, subject to regulatory review and approval.

APPHARVEST of Appalachia has now shipped more than one million pounds of tomatoes from its flagship indoor farm in Morehead, Ky.

KRONES will in the future combine all its operations to do with brewery business under a single roof: STEINECKER GMBH. Beginning April 2021, the newly founded company will offer all of the solutions and equipment required in a brewery.

The J.M. SMUCKER CO. announced the closing of the transaction to sell its Natural Balance® premium pet food business to NEXUS CAPITAL MANAGEMENT LP for $50 million.

KEURIG DR PEPPER has become a signatory in two regional initiatives of the Ellen MacArthur Foundation’s global Plastics Pact network: the U.S. Plastic Pact and the Canada Plastics Pact. Both Pacts bring together key players from across the local plastic value chain behind a common vision and clear, actionable targets to create a path forward toward a circular economy for plastics.

CONAGRA BRANDS INC. announced the publication of its 2020 Citizenship Report, which shares the company’s progress against key environmental, social and governance (ESG) initiatives and actions that support each of the 17 United Nations Sustainable Development Goals.

DAIRY FARMERS OF CANADA and LACTALIS CANADA announced that Lactalis Canada will begin featuring the iconic Blue Cow logo on yogurt products marketed under the Astro and Stonyfield brands this year.

As the effects of COVID-19 continue to challenge families across the Midwest, MEIJER announced a donation of $1 million in turkeys to 10 food banks within its footprint to help feed those in need.

ANUE WATER has relocated to a larger Atlanta-based headquarters and manufacturing facilities due to record growth, municipal demand for eco-friendly wastewater equipment solutions.

VEGA AMERICAS INC. is expanding its operations and growing its workforce in eight states across the Rocky Mountain West and the Southwest, quadrupling the number of sales and field service personnel in Arizona, Colorado, Idaho, Montana, New Mexico, Nevada, Utah and Wyoming.

AMERICAN SUGAR REFINING INC., a member of ASR Group, made a strategic investment in BONUMOSE INC. to produce and commercialize lower cost, plant-based alternative sweeteners tagatose and allulose as part of ASR Group’s strategy to provide a variety of products to meet the wide range of consumer needs.

SUN AUTOMATION GROUP entered into an exclusive strategic partnership agreement with the Italian material handling company, PARA SRL. SUN will be the exclusive representative of all PARA equipment for the U.S., UK and Ireland.

DEMATIC announced an agreement to supply MERCHANTS DISTRIBUTORS, a wholesale grocery distributor, with an automated mixed-case fulfillment solution for the upcoming renovation and expansion of its primary operations center.

DARING, the creator of 100% plant-based chicken, announced a partnership with Dot Foods, food industry re-distributor that services wholesalers and distributors a broad range of products.

MCCAIN FOODS LIMITED has acquired a significant minority share of New Brunswick-based data science company FIDDLEHEAD TECHNOLOGY. With this investment, McCain and Shawn Carver, co-founder and CEO of Fiddlehead, become the only shareholders in the company.

PROMACH acquired SERPA PACKAGING, a provider of cartoning and end of line solutions.

BATORY FOODS, a national sales and supply chain management solutions provider of commodity and specialty food ingredients, has launched Batory Smartboards, an insight and inspiration microsite for the food and beverage industry.

TRICORBRAUN announced its 2020 Supplier Partner Awards, recognizing Mold-Rite Plastics as Domestic Plastic Supplier of the Year. Axium Plastics, CKS Packaging Inc. and Currier Plastics were also honored. In another announcement, TricornBraun will be acquired by ARES MANAGEMENT and the ONTARIO TEACHER’S PENSION PLAN BOARD.

PROAGRICA, part of RELX and a global technology and data business serving the agriculture and animal health markets, has acquired CDMS, a provider of compliance data and solutions to support agronomic recommendations and crop production decisions.

CPI, an independent UK technology innovation center and founding member of the High Value Manufacturing Catapult, announced its plans to establish a Novel Food, Feed and Nutraceuticals Innovation Centre of Excellence, catalyzed by funding from the Tees Valley Mayor and Combined Authority Cabinet. 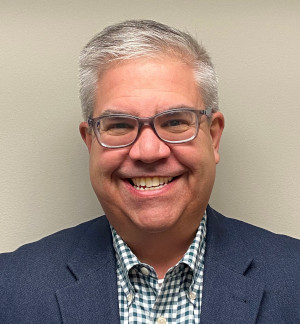 POWDER PROCESS-SOLUTIONS, a provider of custom design and manufacturing of sanitary pneumatic conveying and bulk powder handling equipment, announced that SCOTT LODERMEIER will be appointed to the Board of Directors of 3-A Sanitary Standards Inc. He has worked for Powder Process-Solutions since 2002, most recently in component sales and support. 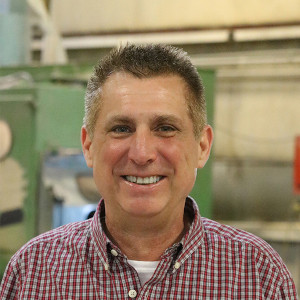 COPERION K-TRON SALINA welcomed JOHN SHEEHY to the position of global key accounts manager-plant based foods. Sheehy, a 2020 hire to the Coperion K-Tron team, is tasked with addressing the demands of R&D, process engineering and production needs of the fast-growing global plant-based food market. He has over 25 years’ experience in a variety of roles in engineering and process development. Photo: Coperion-K-Tron

EMERSON announced that Chief Executive Officer DAVID N. FARR has retired. LAL KARSANBHAI, who has served as executive president of the company’s Automation Solutions business since 2018, has become the new CEO of Emerson and joins the board of directors. 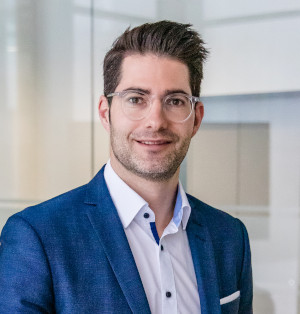 MULTIVAC named PHILIPP LOSINGER as vice president of subsidiary operations in the Corporate Sales & Marketing division. In this position he is responsible for the management and strategic development of the subsidiaries in Africa, the Arab Emirates and Oceania. 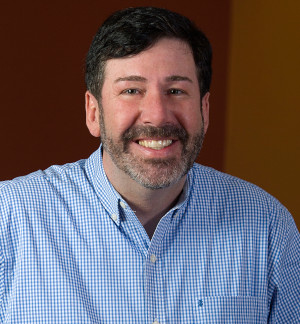 ERIEZ promoted JOHN BLICHA to the position of global senior director of marketing and brand management.

SEEPEX appointed KEITH HAMMER as its manager of sales training and OEM development.

BETTCHER INDUSTRIES INC. announced that KURT MILLER has joined the company as vice president of operations. Miller is responsible for directing and managing all operational activities at the company including planning, scheduling, manufacturing, procurement, product engineering, quality, inventory, warehousing, maintenance and facilities.

VORTEX has announced several management changes. In addition to his role as CEO, TRAVIS YOUNG has been appointed president to lead the overall direction and strategy of the company. JEFF THOMPSON is stepping down as president and COO, but will retain his position as CFO. BRIAN BURMASTER has been promoted to chief sales & marketing officer, and CORY DOWNING has been promoted to chief operating officer. 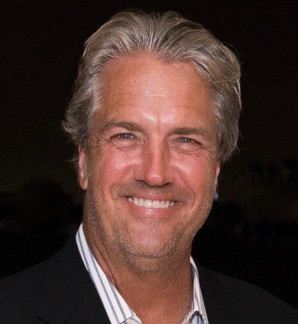 ANALYTICAL FOOD LABORATORIES announced that COLLEEN VILLANUEVA will take over the role of CEO and president, supported by CHARLOTTE WILBURN as director of operations.

N!CK’s, the Swedish-style light ice-cream company announced that CARLOS ALTSCHUL is its new CEO. TONY DAVIS, founding CEO of N!CK’s USA, will become president and COO and continue to play an active and vital role in the company’s daily operations and growth.

SOLVE INDUSTRIAL MOTION GROUP named LISA MITCHELL as its new chief executive officer. After managing Solve’s finances and operations, she will now lead the recently rebranded industrial bearings and power transmission components company in its next chapter of growth and innovation.

BENSON HILL announced two new appointments to the company’s leadership team and board of directors. DAVID LEE, who has served in leadership positions at Impossible Foods, AppHarvest, Zynga, Del Monte Foods and Best Buy, has joined the Benson Hill board as an independent director and will chair the audit and risk committee. In addition, the company appointed veteran finance executive DEANN BRUNTS as a member of the company’s board and chief financial officer.

UNFI named DORN WENNINGER its senior vice president of produce where he will oversee the enhancement and execution of UNFI’s produce strategy.

NESTLÉ has proposed LINDIWE MAJELE SIBANDA—a professor and the director and chairwoman of the African Research Universities Alliance Centre of Excellence in Sustainable Food Systems at the University of Pretoria, South Africa—for election to its board of directors.