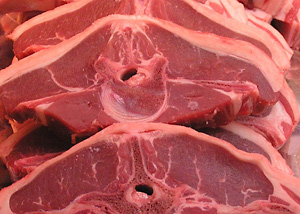 The European Commission (EC) has required the UK to reclassify the process by which a very small part of its meat processing industry removes meat from animal bones. Therefore, according to the UK Food Standards Agency (FSA), the EC has asked that a moratorium be placed on the production of desinewed meat from cattle, sheep and goats. Desinewed meat (also known as mechanically separated meat or MSM) is produced using a low-pressure technique to remove meat from animal bones. The resultant product looks like minced meat, is currently a meat preparation and is regarded as meat, according to FSA.

Desinewed meat has been manufactured in the UK since the mid-1990s, and has been exported to other EU countries such as Germany, the Netherlands and Spain. FSA says there is no evidence of any risk to human health from eating meat produced by the low-pressure desinewing process, and further adds the product is as safe as any other meat product. FSA stated the EC does not consider the product to be an identified health issue.

The EC, however, has decided desinewed meat does not comply with EU single market legislation, and has required the UK to impose a moratorium on producing desinewed meat from the bones of cattle, sheep and goats by the end of April 2012. Failing to comply would risk a ban on the export of UK meat products.

Desinewed meat may still be produced from poultry and pig bones, but as of the end of May, it must be classified and specifically labeled as “mechanically separated meat,” and can no longer count toward the meat content of a product.

According to EC directive dated December 2, 2010, MSM is recognized as an important raw material used for the manufacturing of meat products and meat preparations, and its production can be an important tool to increase the economic benefit from meat production. However, the use of ruminant (bovine, ovine, caprine) bones as raw material for the production of MSM has been banned due to the BSE (Bovine spongiform encephalopathy) legislation, notably the 2001 TSE (Transmissible Spongiform Encephalopathies) Regulation.