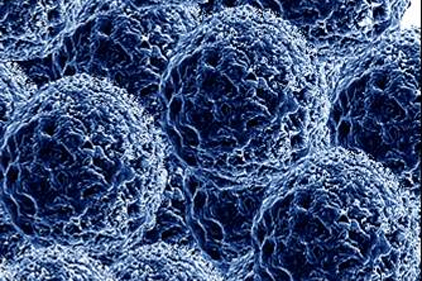 A new report from the Institute for Agriculture and Trade Policy (IATP) says the use of nanomaterials in fertilizer could threaten future soil and agricultural health. The report, Nanomaterials in Soil: Our Future Food Chain?, cites laboratory experiments showing nanoparticles could damage the delicate balance of microbes and microfauna that maintain healthy soil.

According to IATP, the push for nanomaterials in fertilizers stems from a policy of “sustainable intensification” of agriculture, supported by the World Bank, UN Food and Agriculture Organization and others as a solution to increasing natural resource constraints.

Several applications for nano-fertilizers already in use have drawn criticism from IATP. One practice involves reducing the total volume of pesticide by adding nano-silver particles to make them more effective with a smaller volume. Another involves adding nano-metal oxides to target soil pathogens such as those in non-composted manure, while a third technique is to add nano-silicon to increase water uptake efficiency in plants.

Some market-available fertilizers are marketed with a nanoparticle component aimed at improving effectiveness by making the m the same size as plant and root pores. However, as governments debate whether to adopt nanomaterial-specific regulation, nano products go to market without pre- or post-market safety assessments. IATP researchers say more research is needed before a determination may be made on the use of nanomaterials in fertilizer.

Researchers are especially worried that nanomaterials are present in biosolids, or sewage sludge, which is used as a fertilizer on about 60 percent of US agricultural land. Due to exponentially greater surface-to-mass ratios, nano-sizing makes toxins more bioavailable and bioaccumulative in tissues macro-scale materials cannot penetrate. Exposing microbes and microfauna to nanomaterials in biosolids and other fertilizers could expose them to toxic chemical levels, jeopardizing soil health.

“In light of published research, the Obama administration should institute an immediate moratorium on fertilizing with biosolids from sewage treatment plants near nanomaterial fabrication facilities,” says IATP’s Dr. Steve Suppan. “A moratorium would give researchers time to determine whether nanomaterials in soil can be made safe and to research alternatives to building soil health, rather than depending on fertilization with biosolids.”

Tech Update: What AI can do for you