Joyce Fassl
KEYWORDS food and beverage industry
Order Reprints
No Comments
By the time many of you read this column, the documentary film “Fed Up” will have been screened in more than 20 American cities. If you haven’t heard about it, you will. 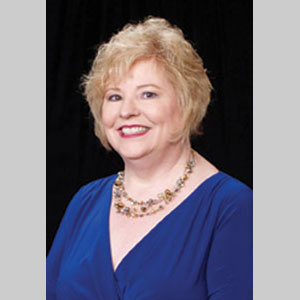 According to the IMBd.com synopsis, the film is “upending the conventional wisdom of why we gain weight and how to lose it.” The synopsis says the film “unearths a dirty secret of the American food industry—far more of us get sick from what we eat than anyone has previously realized.”

Processed and fast foods were developed for a changing population that spent more time in cars and at work and was starting to experience fewer Moms at home cooking food. Americans are on the brink of another change in how they eat, but I’m still one of those who barely have time to food shop due to a long commute, long work hours and no one stationed at home to buy fresh foods and cook the meals. I’ve chosen to spend my precious free time exercising, as I also make more informed food choices. I’m still eating my fair share of processed food, but a little less of it as the years go by.

I’ve read “Salt Sugar Fat,” and I get the concept. But I’m not so sure many mainstream consumers really understand anything written about the food industry when they jump on the negative bandwagon so quickly. This past week, for example, one of my Facebook friends posted a link about ammonia in burgers, and she got plenty of likes from friends who won’t eat “ammonia burgers” or feed them to their kids. I was surprised to see that battle still waging online. I tried to set the record straight with another link to what I think is the truth.

The “Fed Up movie” trailer ends with the tagline: “Once you know the truth about your food, you will be fed up.” I’m pretty sure I understand the truth, but I also know consumers have the free will to decide what goes in their bodies for nourishment and enjoyment. The healthy choices are out there, but I would like to see a few more innovations on how our industry markets them and delivers them to consumers. It way be the only way to gain ground in the battle concerning food industry truth.

Editor's Note: PS, I hate you. The truth doesn’t always set you free

Editor's Note: The times they are still a-changing'

Editor's Note: Mother Nature is still in charge of the global economy