Threat of Ebola could trigger a global food crisis 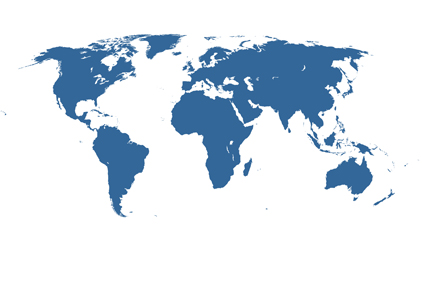 As people around the globe join together to honor the World Food Day Thursday, the Famine Early Warning Systems Network anticipates a major food crisis will occur if the number of Ebola cases continues to rise.

According to the Associated Press, as food prices are skyrocketing in Africa and farms are abandoned, the United Nations still hasn’t reached more than 750,000 people in need of food in West Africa.

Despite these challenges, the United Nations World Food Programme is highlighting the progress towards zero hunger on World Food Day.

“Every year, we witness hunger’s devastating effect on families, communities and whole economies,” said WFP Executive Director Ertharin Cousin. “But despite horrific crises engulfing entire regions, we are making real progress in the fight to sustainably and durably end hunger and chronic malnutrition. Thanks to the work we do with our partners on emergency preparedness, support to family farmers, nutritional assistance – particularly in a child’s first 1,000 days – and building the resilience of communities to withstand shocks, millions of people are now better able to focus on building a future free of hunger for themselves and the next generation.”

According to The State of Food Insecurity in the World 2014 report, the total number of hungry people in the world is down by 37 million, to 805 million, and 63 countries have reached international hunger-reduction targets before 2015.

To some companies like the Dow Chemical Company, food waste is one of the biggest areas where hunger could be addressed as each year 1.3 billion tons of food is wasted, according to the company.

In support of this year’s World Food Day, Dow is launching its Make It Last campaign to bring awareness to the global food crisis and food waste.

“Most people are unaware that food waste and food loss within the supply chain is a growing global issue,” said Jeff Wooster, global sustainability leader for Dow Packaging and Specialty Plastics. “Packaging helps reduce food waste by protecting food from being damaged, spoiled or abused and can help extend shelf-life to keep our food fresher longer.”

Through the company’s new interactive website, anyone can learn how to join the fight against food waste and learn more about the issues.