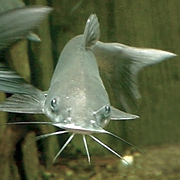 The Food Conservation and Energy Act of 2008 (Farm Bill) further fragmented the food safety system by directing USDA’s FSIS to issue catfish inspection regulations, according to a recent study from the Government Accountability Office (GAO) entitled, Responsibility for Inspecting Catfish Should Not Be Assigned to USDA. The Farm Bill split the responsibility for seafood safety between FSIS (for catfish inspection) and FDA for general seafood.

The Farm Bill directed FSIS to prepare a risk assessment to determine the risks associated with catfish, and FSIS identified Salmonella as the primary food safety hazard in catfish, based on its research. GAO found that FSIS used outdated and limited information in designing a catfish inspection program that seeks to mitigate Salmonella as the major risk potential in catfish contamination.

For example, FSIS identified a single outbreak of Salmonella-caused illnesses, but this outbreak was not clearly linked to catfish. FSIS noted this outbreak was before FDA’s 1997 Seafood HACCP regulations, which required processors to identify hazards in their processing systems and implement controls to prevent or mitigate these hazards. However, no similar outbreaks have occurred since.

GAO recommends that Congress should consider repealing provisions of the Farm Bill assigning USDA responsibility for catfish inspection. With FDA’s new authority under FSMA, the federal government has an opportunity to enhance the safety of all imported seafood—including catfish—and avoid the duplication of effort and cost that would result from FSIS’s implementation of its proposed program.

Unclear which agency should be inspecting catfish

Wash meat before cooking? NAMI explains why that might not be the best idea