Hostess Brands, maker of Twinkies and Wonder Bread, to close.

Hostess Brands to Shutter Company in Wake of Strike, Bankruptcy

The company filed a motion to close its business and sell its assets. 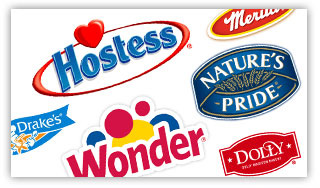 Irvin, TX based Hostess Brands, maker of iconic foods like the Twinkie and Wonder Bread, has filed a motion with US Bankruptcy Court for permission to close its businesses and sell its assets. The move comes on the heels of Hostess’ second Chapter 11 bankruptcy filing in less than a decade, and as employees continued a weeklong strike despite warnings that Hostess would fold if workers stayed on the picket lines. About 18,000 jobs will be lost and 33 bakeries will close as Hostess winds down operations and sells its brands to the highest bidder. Hostess has cited increasing medical and pension costs as a main culprit for its unprofitability, but a US trend away from unhealthy snack foods like the ones the company produces is also to blame.