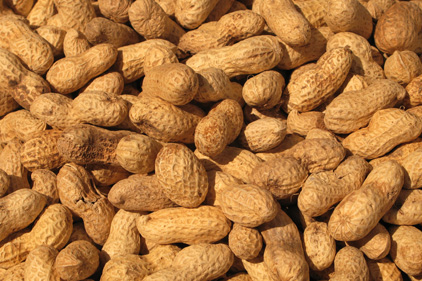 An enormous number of people around the world are affected by allergens in food. Reactions can range from unpleasant to debilitating to fatal. As a result, food manufacturers are extremely sensitive to the effects of allergens in the products they produce.

However, few standards exist internationally on how allergens are labeled. That’s something that TNO, a food research facility in Zeist, part of Holland’s “silicon valley” of food science near Amsterdam, has been working to change.

The main culprits include, but are not limited to, nuts, shellfish, wheat, milk, eggs, soy, sesame seeds, mustard seeds and gluten.

In some cases, serious allergens exist in foods and warnings are not placed on products. In other cases, allergens are listed that really don’t need to be, because they exist in such trace amounts that pose minimal risk. Unnecessary labeling creates unfounded concerns and loss of sales.

“Allergens are connected to various proteins in food,” says Geert Houben, business line manager food safety at TNO.  “Doses that can cause reactions differ from allergen to allergen, and range between 0.03 mg of protein to 10 mg of protein or more, meaning a difference of more than 300 times.”

In regard to labeling, Houben says TNO’s approach is to try to get consensus among stakeholders and help producers to self regulate based on in-depth research.  “Getting a legal position from governments is a process that takes quite some time.  The best route is getting stakeholders to self regulate,” he notes. “What this means is getting industries to research exactly how serious the risks are, set thresholds allergen by allergen, and agree to common labeling standards based on research findings and acceptable risk levels among all affected stakeholders, especially those who are vulnerable.”

This means stating categorically if a food product is either known either to “contain” a recognized allergen, or if it “may contain” such allergen, where contact or contamination risk may be incidental and not clear or measurable.

He points out that governments, once they see a serious commitment among industry to self regulate on such an important area as allergen labeling, they may be willing to approve industry initiatives.

“In Reading, UK, we organized an international meeting involving governments, physicians, consumer groups, dieticians, food scientists and others in late 2012.  We got a very strong consensus that self regulation is the right way to proceed.”

Health Canada was a co-organizer of the meeting and, according to Houben, is among many governments that are keen on participating. “A big challenge we need to face is communication—how do stakeholders communicate on this very complex issue with one another and, more bottom line, how should physicians communicate with their allergy patients?” he asks. “As for government regulation, inspectors have a role to keep a check on things, but the main work is best left up to industry.”

In regard to research so far, Houben noted that insights into the problem of allergens are still relatively poor.  Most research is retrospective--where investigators ask sufferers if they had an allergic reaction during the last 12 months and from what product. He said they always get a lot of response on that kind of question, but often nothing definitive.  People with food allergies are used to living with their problems and often don’t remember or admit to exactly what caused a reaction.

“What we’ve started in the Netherlands,” says Houben, “is prospective research.  It’s the first allergen research of its kind, as far as I’m aware, in the world.  We started a few months ago and are getting allergy sufferers to report any reactions immediately, and to send in food samples from what caused them so we can follow up with analysis.  This is helping us to develop thresholds and corresponding labeling protocols.”

Houben says there needs to be a better correlation between allergy warnings on food products and the level of risk that industry, governments, society and most of all, those potentially affected, are willing to accept.  “To date, this doesn’t exist.  How do you go about doing that?  First is to get a consensus on this way of thinking.  We have many stakeholders from most continents of the world in agreement that this is the way we should move forward.  Accepted risk and food production is a matter of careful balance.  I think we are well on our way to achieving that internationally.”

Jaan Koel was a Contributing Editor for FE.
You must login or register in order to post a comment.