Will Dole’s right sizing pay off?

The company sold businesses that generate about a third of its revenue. 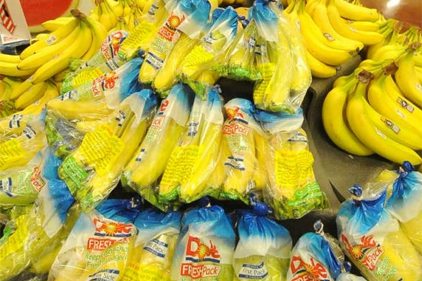 The deal was completed April 1, 2013 for $1.685 billion cash and includes exclusive rights to the Dole brand on certain packaged food products worldwide as well as some fresh produce in Asia, Australia and New Zealand. Dole President and Chief Executive David A. DeLorenzo will join ITOCHU to oversee the migrated businesses once the deal is complete.

The divested businesses represented $1.6 billion in 2011 revenue, or around a staggering 34 percent of Dole’s fiscal 2011 revenue. The sales follow a strategic review begun in May 2012 after a slump in core earnings, according to MarketWatch.

The move will help shore up Dole’s finances. The company will use the transaction’s proceeds—as well as a new capital structure including a $500 million loan and $150 million revolving credit facility—toward paying back approximately $1.7 billion in debt, the extinguishment of long-term Japanese Yen hedges and settling a €45.6 million European Commission fine that Dole is appealing.

Dole President and CEO C. Michael Carter says right sizing will result in a smaller footprint as a produce commodity company, with expected overall revenue of $4.2 billion derived from fresh fruit and fresh vegetable lines. “Dole will remain an industry leader in the sourcing, distribution and marketing of bananas, pineapples and other tropical and deciduous fruits, packaged salads, fresh-packed vegetables and fresh berries,” says Carter. “We are excited and very optimistic about the long-term future of the new Dole and its prospects.”

Despite optimistic statements from Dole, some analysts have offered negative reviews of the sale as it relates to the company’s long-term financial future. On April 2, Standard & Poor’s Rating Services lowered its outlook for Dole stock from positive to stable and affirmed a B corporate credit rating that places Dole five notches into junk territory.

Dole posted a loss in 4Q 2012 and has seen a trend of declining year-over-year revenues from $7.62 billion in 2008 to $4.25 billion in 2012. Dole’s net leverage ratio after its new credit infusion will be approximately 2.5 to 1, and S&P says the company’s rating could be further downgraded if that ratio leverage increases.

HACCP plans continue to pay off