The agency plans to discontinue recognition of partially hydrogenated oils as GRAS. 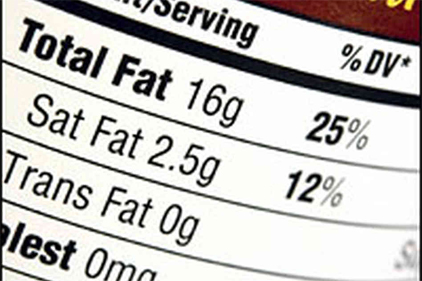 FDA announced it will no longer recognize partially hydrogenated oils like trans fat as generally recognized as safe (GRAS), meaning they would need to be approved as an additive to be included in food products. The post in the November 7th Federal Register would mean “the end of artificial, industrially produced trans fat in foods,” says Dennis M. Keefe, PhD, director of FDA's Office of Food Additive Safety. The agency first took aim at trans fat in 1999 when it proposed manufacturers be required to declare the amount of trans fat in a product on its nutrition label, a regulation that took effect in 2006.

The Centers for Disease Control and Prevention estimates further restricting trans fat could prevent 7,000 deaths and 20,000 heart attacks each year. Trans fat has been linked to the increased buildup of plaque in arteries, leading to higher risk of coronary heart disease.

Partially hydrogenated oils and trans fats are used in many popular bakery, frozen and processed food products, and have been used since the 1950s to increase shelf life and food flavor. However, a 2002 report by the National Academy of Science's Institute of Medicine found a direct correlation between the intake of trans fat and high levels of low density lipoprotein (LDL) cholesterol, also known as "bad" cholesterol.

FDA says it is soliciting input from small businesses that may be unduly harmed by the change, as well as suggestions on ensuring a smooth changeover to the new regulations. You can view the notice in the Federal Register here.