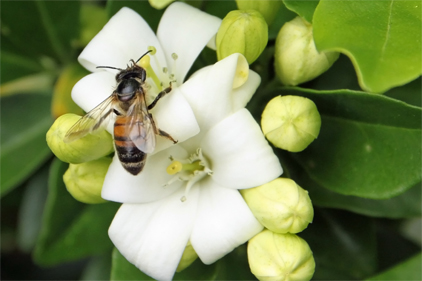 In an active effort to find a solution to the declining bee population, USDA announced $8 million in funding the Conservation Reserve Program to give incentives to farmers and ranchers in the northern Midwest who establish new habitats for honey bee populations.

"American agricultural production relies on having a healthy honey bee population," says Tom Vilsack, department secretary. "In recent years, factors such as diseases, parasites, pesticides or habitat loss have contributed to a significant decline in the honey bee population.”

The program applies to farmers in Michigan, Minnesota, North Dakota, South Dakota and Wisconsin where USDA says more than half the commercially managed honey bees are in the summer.

The new program is designed to enhance land to provide more access to pollinator foliage, while replacing existing vegetation.

According to the department, bee populations have declined for decades with the number of colonies dropping from 6 million in 1947 to 2.5 million today. USDA says honey bees fuel $15 billion worth of agricultural production each year.

Colony Collapse Disorder is a serious problem to the health of honey bees, the department says, adding a cause has yet to be identified. The department’s Agricultural Research Service is leading efforts to study the roots of the disorder and enhance bee populations across the US.