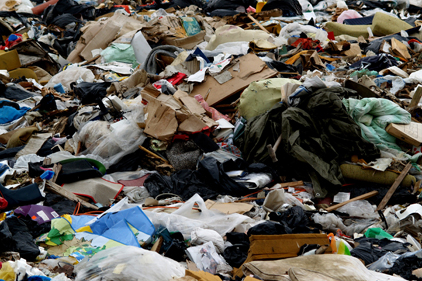 The study, conducted in April by the Harris Poll online on behalf of Sealed Air Corporation, sought to identify grocery shoppers’ attitudes toward environmental concerns. The study included more than 1,000 respondents from the US who do at least 25 percent of their household’s grocery shopping.

Respondents placed food waste near the top of the list and reported they were willing to change behaviors if better informed on the issue.

Sealed Air said it commissioned the report to evaluate Americans’ food habits, sustainability practices and overall awareness of food waste issues. While the study showed consumers have a greater awareness of how much food is wasted in the US, most American grocery shoppers still don’t consider their own households to be wasteful or a part of the problem.

“The good news is that more and more people are becoming aware of the staggering statistics surrounding food waste and its devastating environmental, economic and social impact on the world,” said Ron Cotterman, vice president of sustainability at Sealed Air.

Though food packaging can play a role in preventing waste, the study found shoppers associate food packaging with safety more than waste. Respondents reported they view discarded packaging as worse for the environment than food waste.

“Grocery shoppers have troubling misperceptions about food packaging, and mistakenly view it as a contributor to food waste rather than correctly acknowledging its role as food preserver,” Cotterman says. “We believe that by better understanding where and why food is wasted we can generate increased awareness and identify opportunities to help change consumer behavior and prevent food waste.”