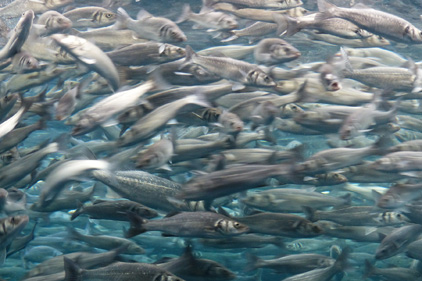 Fishery experts and scientists testified before the council that the abundance forecast for the coming season was significantly below the 150,000 metric ton threshold for a directed fishery.

“While this is a sad day for all those dependent on a healthy sardine fishery, it is actually a good thing that this council is addressing the problem directly, something you don’t always see across the nation or certainly, internationally,” said Frank Lockhart of National Marine Fisheries Service and council member. “This council cutback on salmon with extensive closures a decade or so ago, and the Klamath and Sacramento stocks rebuilt fairly quickly. This council also cut back on lingcod and other groundfish catches in the recent past, and those stocks are also rebuilt. This action today paves the way for the sardine population to rebuild as soon as the ocean cycles permit.”

According to the council, sardines are subject to population swings and often decline in cool water years. While the stock weight of sardines reached a peak of one million metric tons in 2006, recent reports estimate this number has dwindled down to 97,000 metric tons.

“We know boats will be tied up, but the goal here is to return this to a productive fishery,” said Council member David Crabbe.

Although directed commercial fishing will close, the council will allow up to 7,000 tons of sardines to account for small amounts taken as incidental catch in other fisheries, live bait harvest, Tribal harvest, and research. But if the allocated amount of incidental harvest is reached, those other fisheries will also be shut down.

Tomorrow,  April 15, the Council will consider whether to take the additional step of making changes to the remaining months of the current season, which ends June 30.

The council is one of eight regional fishery management councils established by the Magnuson Fishery Conservation and Management Act of 1976 for the purpose of managing fisheries 3-200 miles offshore of the United States of America coastline. The council recommends management measures for fisheries off the coasts of California, Oregon, and Washington.

Milk prices to fall in the coming season