SHICK ESTEVE has acquired W.D. LARAMORE MANUFACTURING, a provider of flour reclaim systems for more than two decades. The acquisition of Laramore allows Shick Esteve to strengthen its position as a complete ingredient automation provider to its customers.

BUSCH VACUUM SOLUTIONS was among the nominees for the Rudolf Diesel Medal 2021. The medal has been awarded every year since 1953 and is based on the innovative and inventive lifetime achievement of the engineer Rudolf Diesel. This year, Busch Vacuum Solutions was nominated in the “Most Successful Innovation Achievement” category.

VAN METER INC., a 50% partner in Werner Ventures LLC, the legal entity that owns Minnesota-based Werner Electric, announced its intent to make a stock purchase of the remaining business from MACDONALD VENTURES.

TYSON FOODS INC. is selling its successful pet treats business to GENERAL MILLS INC. for approximately $1.2 billion. The sale of the business is expected to be completed by the end of the company’s 2021 fiscal year. It includes the Nudges®, True Chews® and Top Chews® brands, as well as a production facility in Independence, Iowa. Tyson Foods will continue to provide meat ingredients for the pet treats business after General Mills assumes ownership.

STELLAR, a fully integrated firm focused on design, engineering, construction, refrigeration and mechanical services worldwide, received a 2020 National Safety Excellence Award from Associated Builders and Contractors (ABC). The company was recognized with a Pinnacle award, the highest of three categories, placing Stellar among a select group of ABC contractor members whose achievements in the field of construction safety are considered exceptional.

ARYZTA NORTH AMERICA has changed its name to ASPIRE BAKERIES. Aspire Bakeries, which was acquired by private equity firm Lindsay Goldberg earlier this year, is continuing to focus on growth and innovation across its three core brands: La Brea Bakery, Otis Spunkmeyer and Oakrun Farm Bakery.

SIEMENS announced the completion of a 52,000-sq.-ft. facility expansion in Spartanburg County, Ga. The $36 million investment has helped support the creation of more than 180 new jobs.

APEEL acquired IMPACTVISION for an undisclosed amount. ImpactVision’s hyperspectral imaging technology is soon to be integrated into Apeel application systems at supplier locations around the world, adding a new layer of insights to help fresh food suppliers and retailers further reduce food waste.

ENDRESS+HAUSER has achieved 76 out of 100 points in the international EcoVadis sustainability rating, four more than in the previous year. The group achieved a ranking in the top group for the fifth year in a row in 2021 and is now among the top 1% of the companies compared.

THE HERSHEY COMPANY has entered into a definitive agreement to acquire LILY’S, the high-growth, better-for-you confectionery brand.

After a construction period lasting about a year, MULTIVAC in Kansas City, Mo. put its new logistics center into operation in the early part of 2021.

STORA ENSO and packaging technology company PULPEX have joined forces in an exclusive partnership to industrialize the production of eco-friendly paper bottles and containers made from wood fiber pulp. These renewable products will offer an alternative to PET plastics and glass.

WOOSTER PRODUCTS, industry supplier of anti-slip safety stair treads and walkway products, has appointed ARCSPEC as its new representative to serve the states of Illinois, Wisconsin and northwest Indiana.

CHA CONSULTING INC. a full-service engineering consulting and construction management firm, announced its recent acquisition, Reiss Engineering, which is now fully integrated and has been rebranded as CHA. This rebranding and integration strengthens CHA’s water, wastewater, reuse and stormwater capabilities—and strengthens CHA’s presence in the Southeast by expanding into Florida.

SMURFIT KAPPA NORTH AMERICA won three international packaging awards based on innovative solutions that are sustainable and eco-friendly. The company won a RISI Award in the Environmental Leadership category for its Waterborne Coatings. It also obtained two GRAPHIC DESIGN USA Packaging Design Awards in the Sustainable Packaging category, and in the CBD and Cannabis category.

MAXCESS, a supplier of solutions for web handling applications, acquired ONEBOX VISION LTD. in Tipperrary, Ireland, a provider of a suite of proprietary vision inspection solutions that will add to the existing Maxcess product range.

The BOSTON BEER COMPANY is establishing a subsidiary to serve as a dedicated research and innovation hub in Canada, which is focused on non-alcoholic cannabis beverages.

PLANTX LIFE INC. has entered into a purchase agreement where PLANTX USA will acquire all of the issued and outstanding membership interests of MATTHEW KENNEY CUISINE GLOBAL LLC’s California-based PLANT-BASED DELI, LLC for $1,569,999.

BASF concluded the sale of its manufacturing site in Kankakee, Ill., to an affiliate of ONE ROCK CAPITAL PARTNERS, LLC, a U.S.-based private equity firm.

MEATECH 3D LTD. announced its intention to establish, own and operate a pilot plant to commence scaled-up cultured chicken fat production in 2022. The cultured fat production process will be designed to deploy technologies developed by Belgian subsidiary Peace of Meat, which was acquired by MeaTech earlier in 2021. 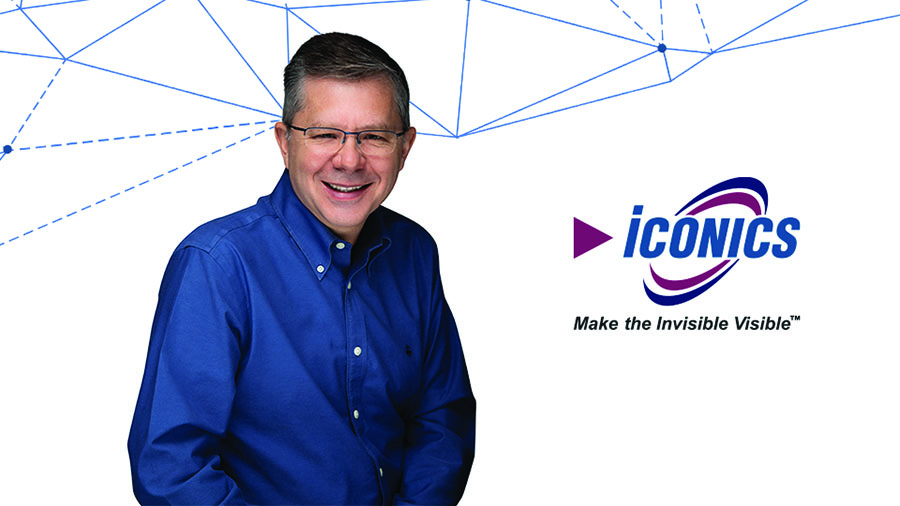 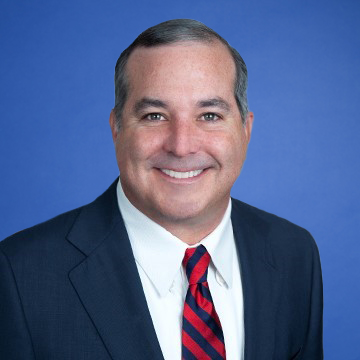 CRB appointed ALAN JONES as its new vice president of business development. Jones—who has deep experience in establishing long-term client relationships across design, construction, manufacturing and other industries —will report to Lance Nordbak, CRB’s Chief Operating Officer for North America Operations. The appointment marks Jones’ homecoming at CRB, where he served from 2003-2010 as director of business development. 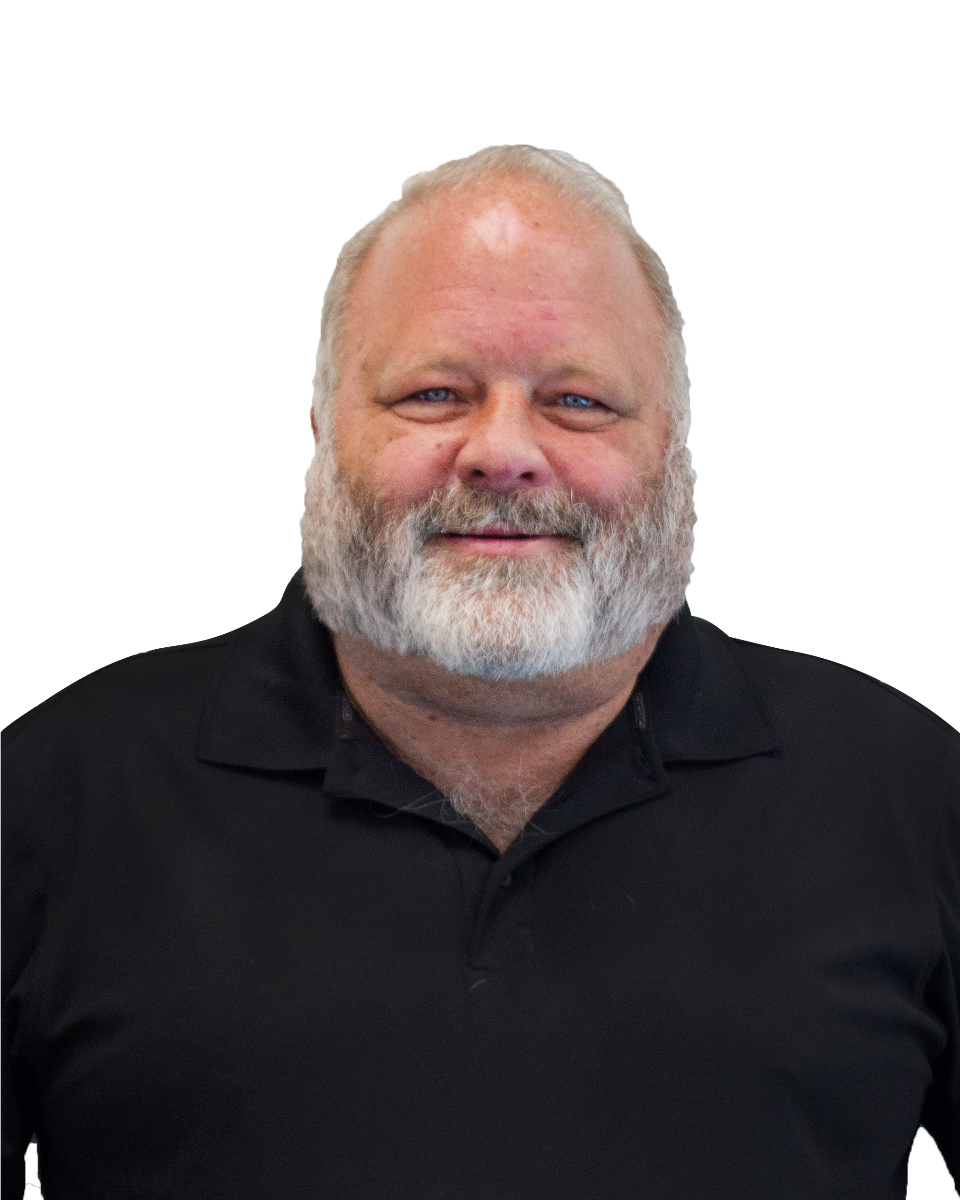 SEEPEX welcomed BEN WELLS to the Sales Team as the territory manager for the West region. He is a seasoned West Coast sales professional, and his knowledge and experience in pump technology and control systems makes him a great addition to the team. Wells will be supporting the SEEPEX West region consisting of California, Hawaii, Nevada and Arizona. 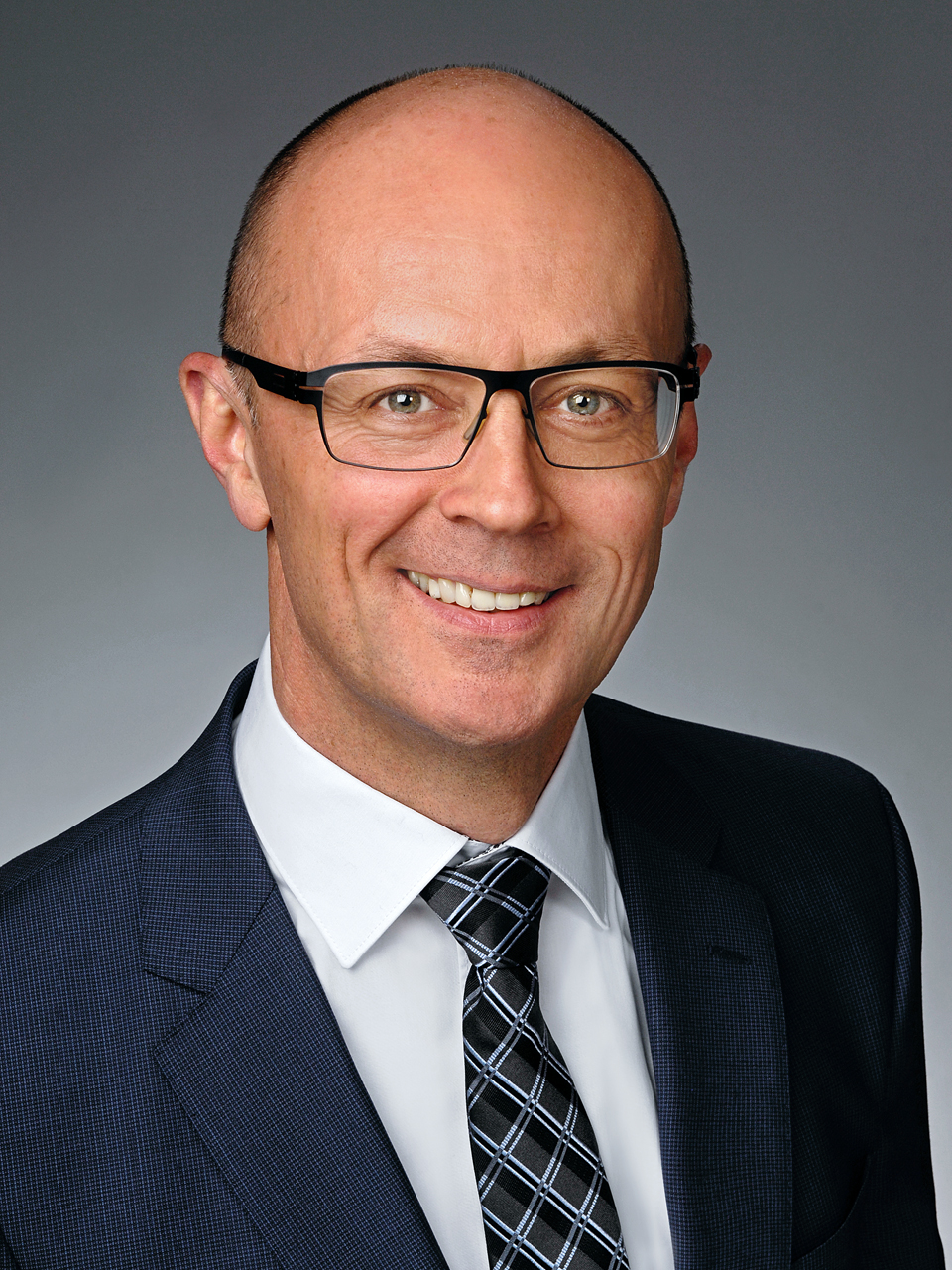 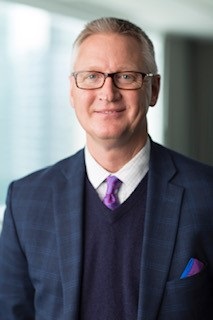 AWT LABELS & PACKAGING’s Board of Directors announced BRUCE HANSON has joined the company as CEO. During his 25-year career, Hanson has held numerous strategic leadership roles at RR Donnelley, most recently as president of the Labels and Forms Business Unit. 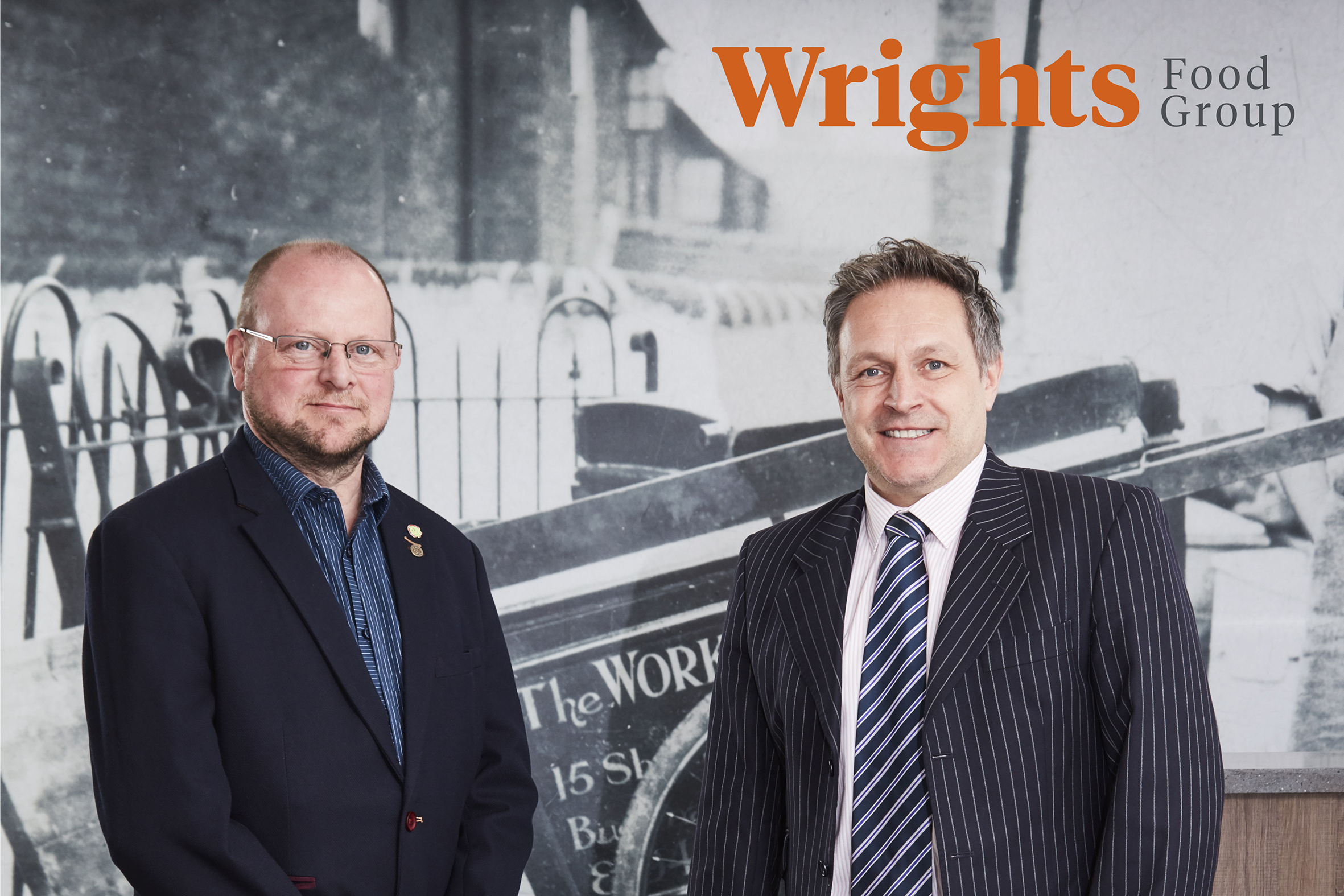 WRIGHTS FOOD GROUP has appointed two new senior members of the team with a combined 40 years of specialist industry expertise as it continues its growth trajectory into 2021. Health, Safety and Environment Compliance Manager PAUL STRANGWOOD (left) and Head of Purchasing LEE CRANK (right) have joined the Crewe-based food manufacturer. 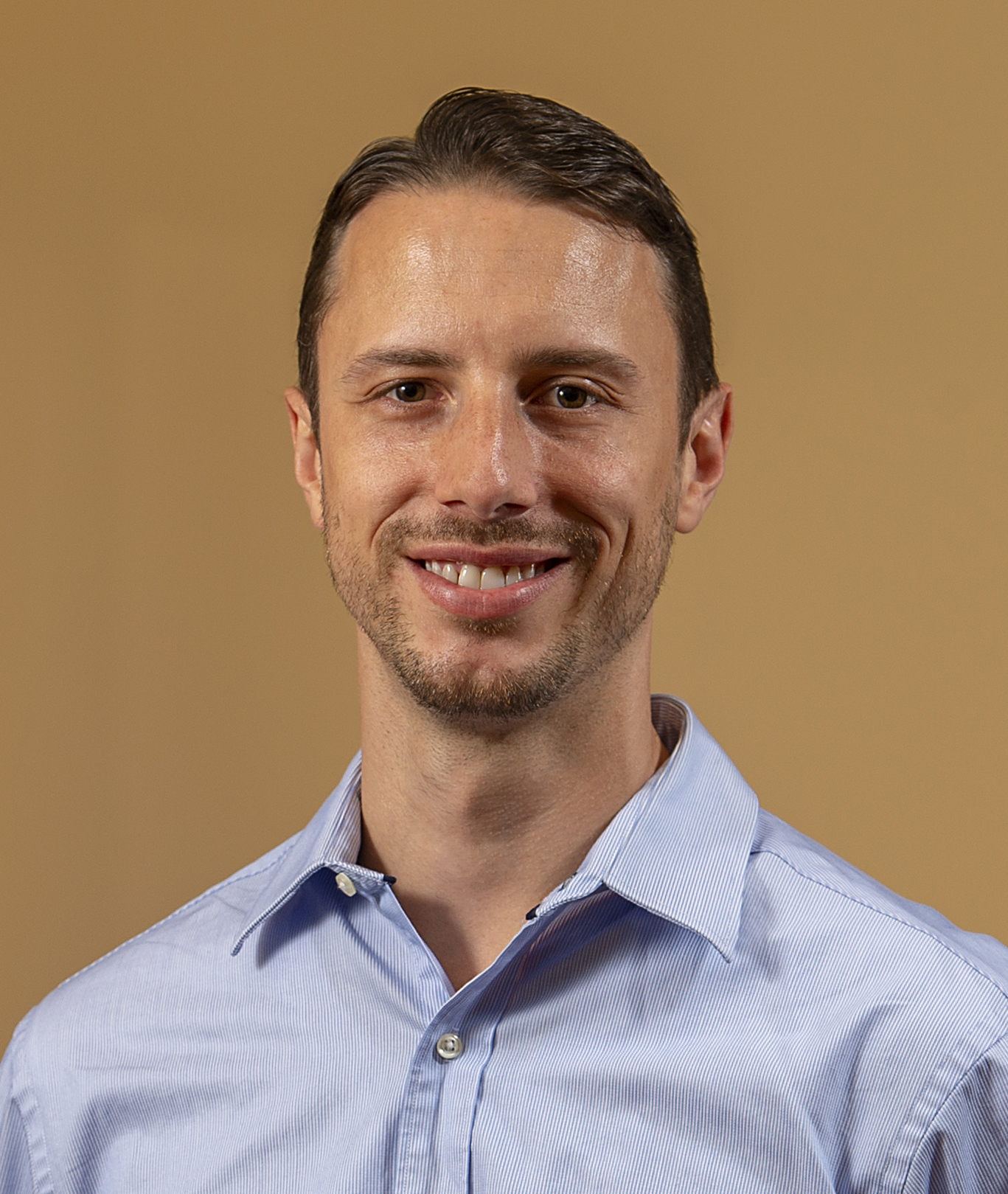 READING BAKERY SYSTEMS announced the hiring of DANIEL GARRISON as project manager for the parts department. He will oversee all project level orders and serve as customer liaison and supervisor on retrofit, upgrade and design projects. 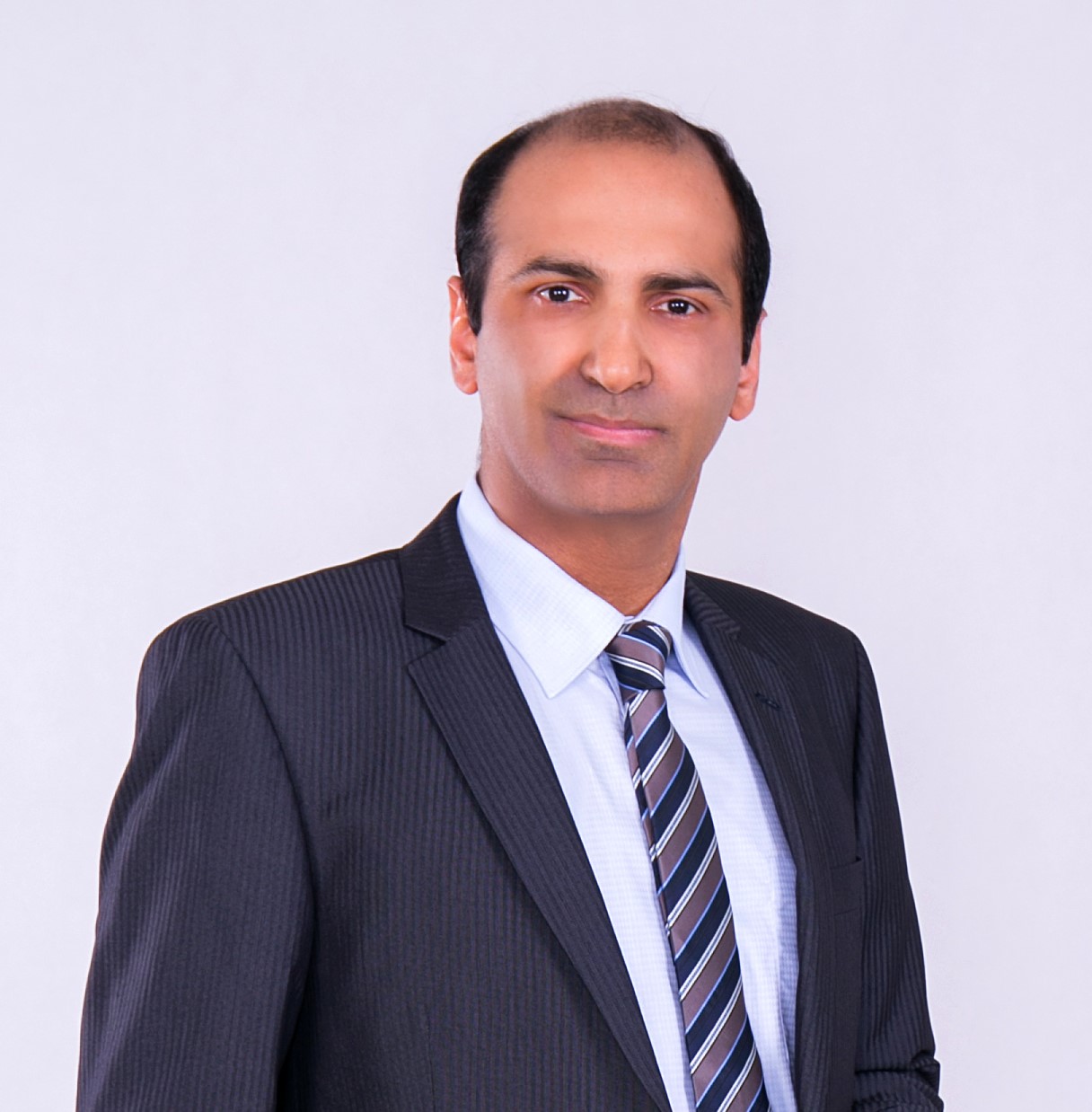 DANFOSS has appointed VIKAS ANAND as vice president of sales in North America for its recently formed Climate Solutions business segment. Anand previously led the Danfoss Cooling business in Asia Pacific and India, where he focused on growing the business in areas related to infrastructure, energy efficiency and climate change. 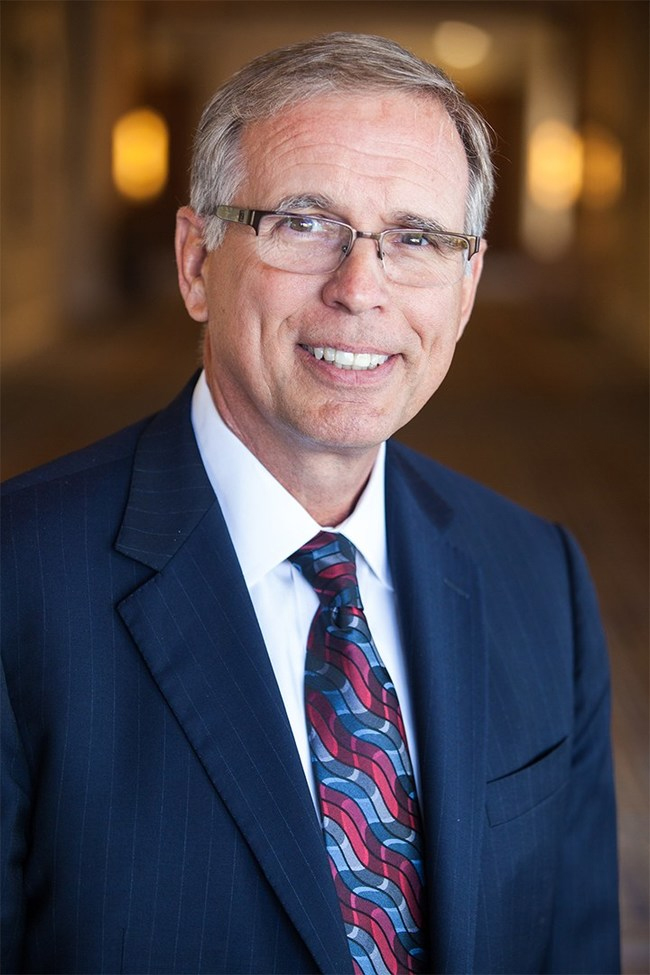 After 12 years leading the largest foodservice manufacturers association, the INTERNATIONAL FOODSERVICE MANUFACTURERS ASSOCIATION (IFMA) and the IFMA Education Foundation President & CEO LARRY OBERKFELLwill be stepping down when his contract ends at the close of 2021. Until then, he will continue to lead the Association and Foundation and assist the Board leadership in the search for a new CEO.

Compostable packaging producer TIPA has announced its expansion into North America with expert hires and a focus on developing US-based capabilities as demand continues to grow for sustainable packaging. MICHAEL WAAS (left) joins TIPA as VP, North America, and brings 13 years’ experience from TerraCycle. JOHN MICHELS (center) has joined the team as senior director of sales and market development, with over 30 years’ experience in packaging R&D at industry leaders including PepsiCo and Kellogg’s. GARY ROBINSON (right) joins as director of public affairs for North America. Gary brings more than 27 years’ experience in FMCG packaging at The Home Depot, Kraft Foods, Amway and Newell Rubbermaid. 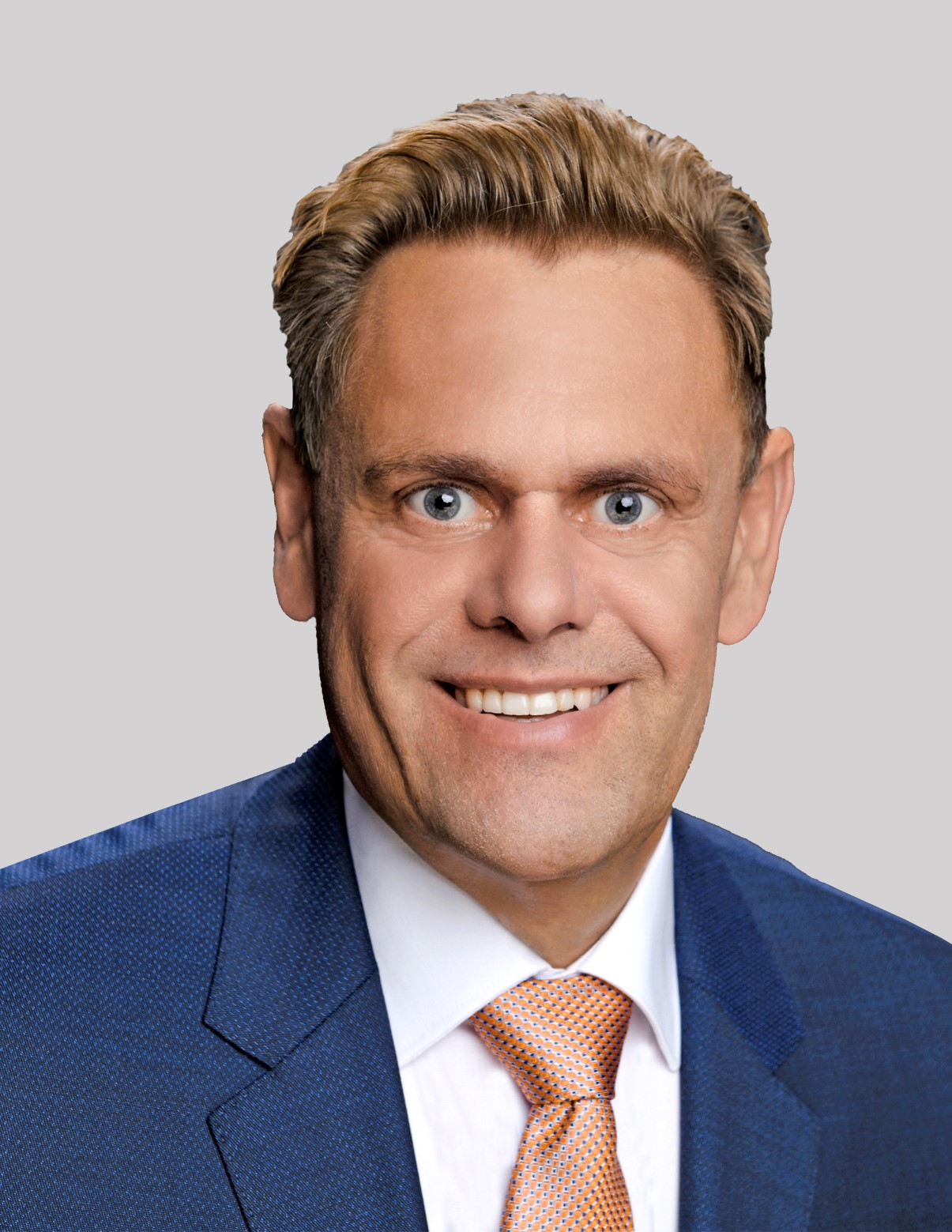 BEKUM announced that OLIVER WOLFF has joined the company as sales director at its Traismauer, Austria, location. Wolff has more than 20 years experience in leading sales, business development and marketing positions in the packaging industry. 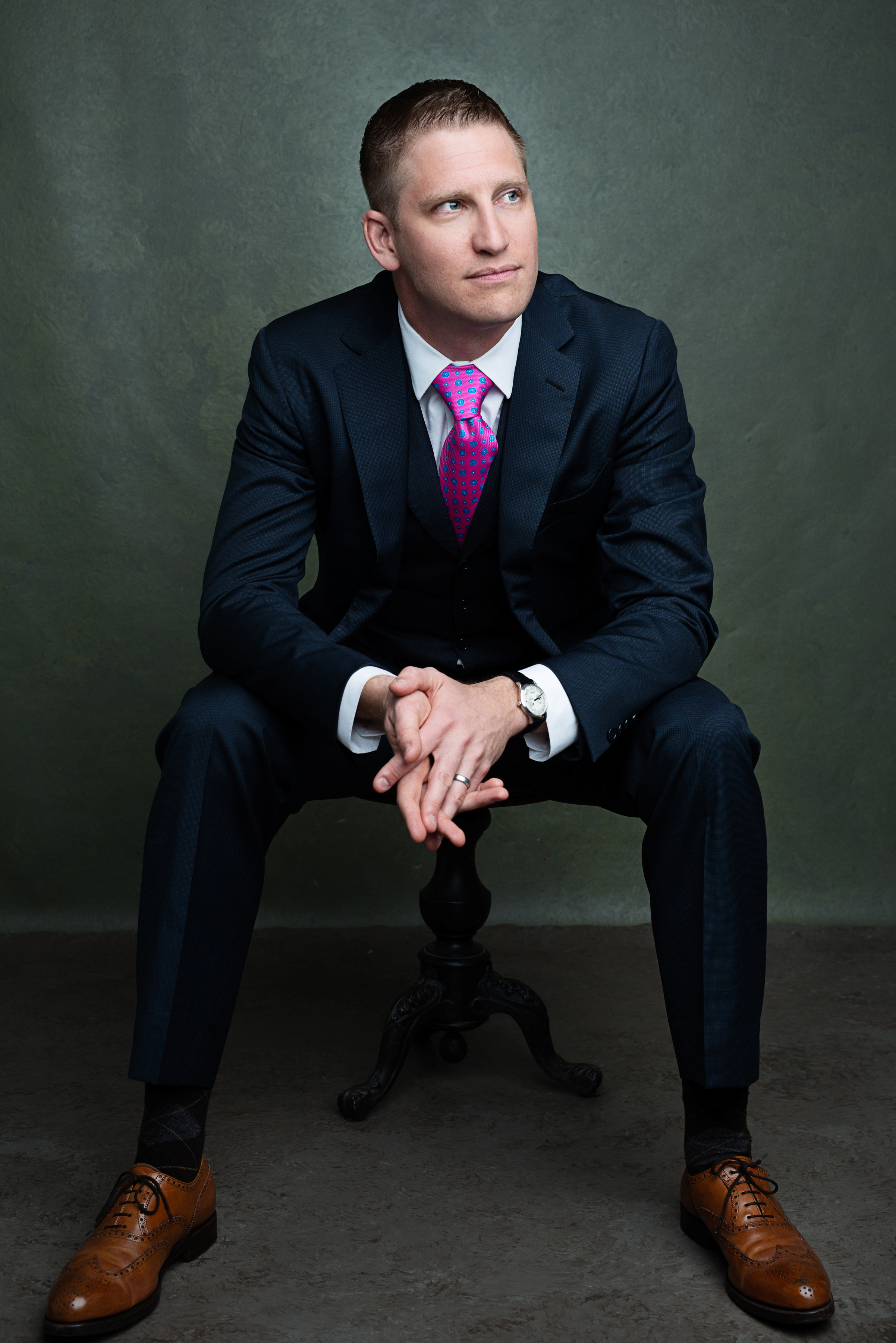 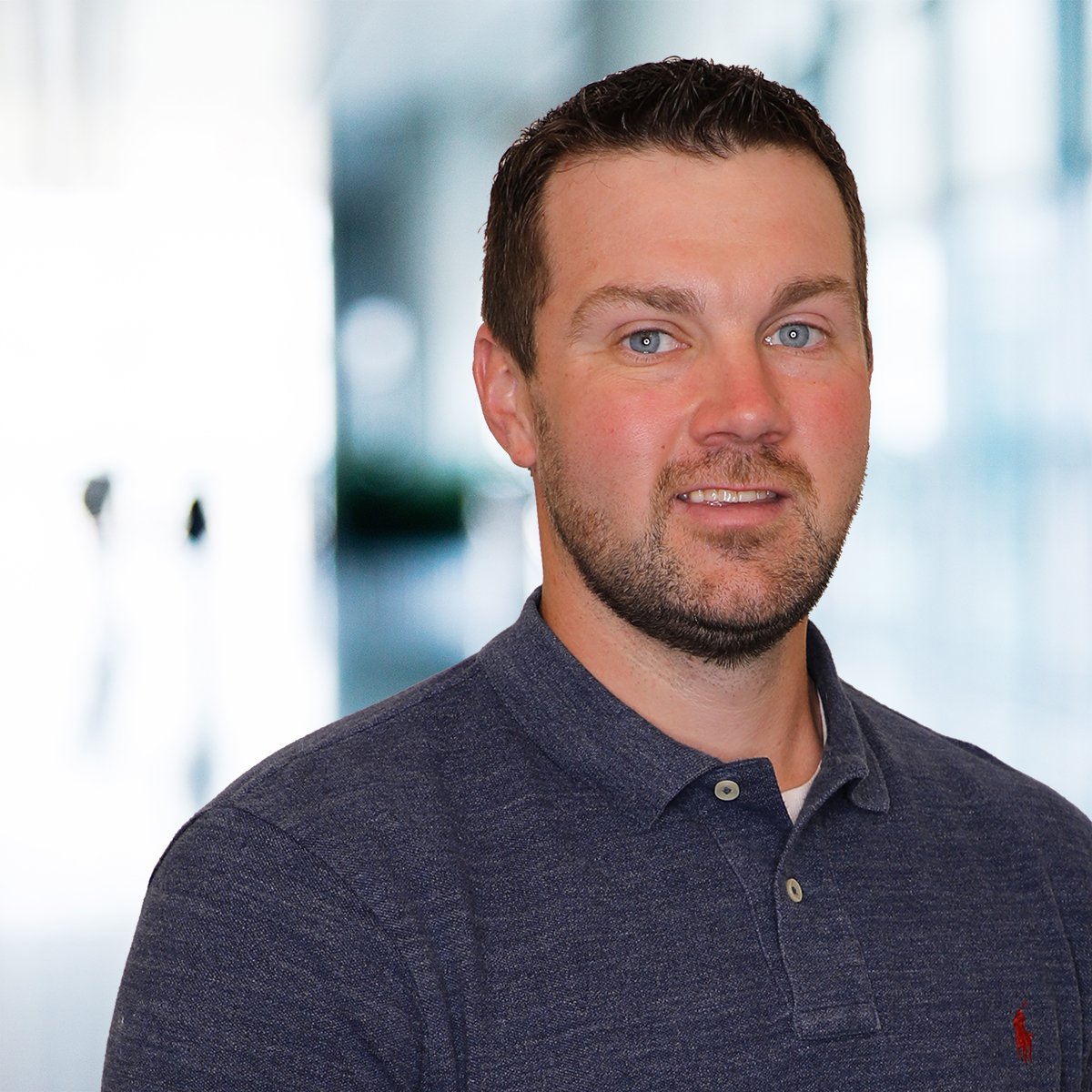 WAGO hired MICHAEL CUFF for the position of business development—PCB & electronic interconnect specialist. Cuff studied electrical engineering, earning his Bachelor’s Degree from Wentworth Institute of Technology in Boston and his Masters at Tufts in Medford.


ERIEZ appointed ANDREW OLSEN as chief financial officer and treasurer. He will be based out of the company’s global headquarters in Erie, Pa., and report to Eriez President and CEO Lukas Guenthardt.

DARLING INGREDIENTS INC. appointed ENDERSON GUIMARAES to its Board of Directors and as a member of its Audit Committee. Guimaraes joins the Board as an independent director.

CLASADO BIOSCIENCES, a global supplier of prebiotic ingredient and product solutions for the human gut microbiome, has strengthened its global commercial team with the appointment of DR. FREDERIC NARBEL as vice president of B2B Sales.

SPROUD, the Swedish startup behind a range of plant-based milk made from yellow split peas, announced that BILL LANGE has joined the company as general manager for North America.