The Scramble to Consolidate Back in May of 1980 -21 years ago -Food Engineering published a story headlined: "Could 50 firms own the food industry by the year 2000?" Today that headline seems prophetic.

Although the total number of food-manufacturing mergers and acquisitions dipped slightly in 2000 for the first time since 1995, the scope and value of major deals has skyrocketed. This past year has been marked by multi-billion-dollar mega mergers not seen since there were Barbarians At The Gate (KKR's notorious $25-billion leveraged buyout of RJR Nabisco in 1989). Between June 2000 and June 2001, food mega mergers were announced in almost staccato succession:

"We have long believed that consolidation was needed in the packaged food industry, and we were thrilled to see it develop," observed Investment Analyst John McMillin, who tracks food-processing companies at Prudential Securities (NYC). "Standing still is simply not a strategic option where the winds of increased retail competition and of consumers relying on food away from home are in the face of many food manufacturers." The value of U.S. processed-food shipments continues to grow at an annual rate of only 1 to 2 percent in a mature domestic market, reaching $536.5 billion in 1999. Corporate profitability is a mixed bag: According to the Bureau of Economic Analysis, overall corporate profits for U.S. food processors slumped successively over the past four years from $24.1 billion in 1997 to $17.1 billion in 2000, plummeting 19.2 percent from $21.9 billion in '99. Value Line's composite statistics for 40 publicly-held food processors, however, shows their net profits up 15 percent, from $13.3 billion in '99 to $15.3 billion in 2000.

One major motivation for food-manufacturing mega mergers is to counter the purchasing clout of recent supermarket megamergers, created in turn to compete with mass merchandisers such as Wal-Mart, Sam's and Costco. Kroger Co., for example, reported Year 2000 sales of $49 billion -10 percent of total U.S. grocery sales and 12.7 percent of U.S. supermarket sales! According to Progressive Grocer's 2001 Annual Report of the Grocery Industry, the top five U.S. food retailers -Kroger, Albertson's, Safeway, Wal-Mart and Royal Ahold -accounted for 38.2 percent of supermarket sales in 2000.

According to The Food Institute (Elmwood Park, NJ), the number of food-manufacturing mergers and acquisitions dipped slightly from a record high of 288 in 1999 to 264 last year. Most of these were relatively small transactions, as sellers shed non-strategic units that better fit the core competencies of buyers. But the sheer scope and size of the megamergers dwarf any previous value records. Presupposing the Pepsico/Quaker and Tyson/IBP deals are completed, the 11 multi-billion-dollar deals listed above total more than $90 billion!

"Whether these marriages really work to create shareholder value remains to be seen, but we think some better food companies will indeed be built," said Prudential's John McMillin. Megamergers among big food companies will likely cool, he adds, now that "most of the jewels are gone, and the big buyers all have full stomachs and need to integrate recent moves and work-down debt."

Mergers and acquisitions, of course, mean consolidation of manufacturing and distribution operations, as food companies shut down redundant facilities and expand or renovate others to achieve production and geographic synergies.

Not every respondent answered every question: The percentages shown on the graphs and tables represent percentage of respondents answering the specific question.

When asked "What structural changes have occurred at your company during the past year?," 25 percent of our respondents report that their company has acquired, been acquired or merged. Nearly half (49 percent) report that their plant has been expanded or renovated during the past year. Fourteen percent report consolidation of manufacturing facilities, with 11 percent citing plant shutdowns and 9 percent new-plant construction.

Our survey was taken during the second quarter of this year, however, before it became apparent that the GDP had slumped to an annual growth rate of 0.7 percent. So it remains to be seen if companies will spend much soon to make these integrations.

Eighty-eight percent of our respondents see their companies increasing unit production during 2001, with 30 percent forecasting production increases of more than 10 percent and 25 percent projecting boosts of 6 to 10 percent.

Capital spending plans for 2001, however, seem fairly consistent with capital spending levels of last year. Respondents report a mean 18.3 percent of their location budgets designated for purchase of production, packaging and process control equipment this year as compared to a mean of 20 percent last year. When asked by what percentage their equipment budgets have increased or decreased as compared to last year, half of our respondents (50.5 percent) report "no change," while more than one-third (35.8 percent) report increases, including 11 percent reporting budget boosts of more than 25 percent.

Following the trend toward improved automation, manufacturing hardware and software will take a high priority in allocating equipment budgets.Sixty-four percent of respondents plan to purchase PLCs this year, while 29 percent will invest in sanitation/CIP software, 27 percent in HMIs and 21 percent in SPC. Interestingly, 23 percent plan to invest in MES software, well up from 11 percent last year, probably to better integrate the plant floor with front-office ERP systems.

This year, we also asked "By what percentage has your 2001 budget for plant expansions and renovations increased or decreased?" Fifty-nine percent of respondents report no change from last year, but nearly one-third -31 percent -report bigger budgets for plant renovations or expansions. "The demand for ready-to-eat shelf-stocked foods is increasing our need to?upply better and faster response to orders," said one panelist. "(This) will require plant expansion."

Food Engineering's annual survey of capital spending for 45 publicly-held food and beverage manufacturers is shown in the adjoining sidebar. FE estimates that total capital spending by these companies in 2001 will decline by only 1-2 percent from their actual capital expenditures in 2000.

As shown on a graph, U.S. direct investment in foreign food manufacturing continued to expand as foreign direct investment in the U.S, food industry declined -at least through l999, the latest year for which figures are available. When Unilever's $20.3 billion acquisition of Best Foods and Nestle's $10.3 billion acquisition of Ralston Purina are added, the foreign investment curve for the years 2000 and 2001 will soar dramatically.

We asked how companies are responding to growing global markets. Nearly half (47 percent) of respondents report that their firms are exporting products, while 20 percent have dedicated overseas manufacturing facilities and 19 percent have joint ventures with foreign partners. One respondent sees "expansion into the Chinese market" as having a major impact on manufacturing over the next several years.

At this writing all meat/poultry, seafood and juice plants were required to have HACCP plans in effect. So we asked "If not mandated, what plans are there for HACCP at your location?" Thirty-eight percent of respondents have fully implemented HACCP, 23 percent have partially implemented HACCP, and 8 percent plan to implement it. Only 31 percent have no plans for a HACCP program.

We asked employees of meat/poultry plants, where HACCP is mandated, to rate the HACCP knowledge and competence of the FSIS inspectors in their plants. Fifty-two percent report that FSIS inspectors "are well trained in HACCP and are implementing their HACCP responsibilities," while 20 percent consider inspectors "not well trained in HACCP." According to 28 percent of our respondents, HACCP has actually improved cooperation between plant personnel and inspectors, while 12 percent say HACCP has caused conflict. Sixteen percent report that HACCP has had no impact on plant/inspector relations.

FoodNet, the Centers for Disease Control's surveillance network, recently expanded to cover 10.8 percent of the U.S. population, can be used to monitor the effectiveness of USDA's Pathogen Reduction & HACCP Rule. FoodNet's preliminary 2000 report on the incidence of foodborne diseases, published April 6, 2001, is inconclusive concerning the impact HACCP on reducing foodborne illness. "Despite year-to-year variation and regional fluctuations, the general magnitude of incidence and the relative order of pathogens have remained the same," says the report. The most encouraging news is that the incidence of listeriosis has declined since peaking in 1998, but "additional data are required to determine whether these rates represent year-to-year variation or a sustained trend," says FoodNet.

To round-out our survey, we asked respondents to select one or two trends each thinks will change his manufacturing operation over the next five years. This prompted 76 responses, many relating several trends or sounding variations on common themes.

More than 25 percent of our respondents cite improved automation and/or information integration as the major trend impacting manufacturing over the next five years. "Software and hardware¿o trace and track product, (and to) determine instantaneous yields and costing prior to shipping the product," said one respondent. "Integrated software ERP like Oracle or SAP for better financial control and reporting," added another. "Controls integration between facilities," added another. "More (line) automation to decrease labor in a tight labor market" typified several answers.

Market trends created by customer requirements and consumer demands comprise the second category of responses. Several meat processors cite "case-ready meats" as the major trend impacting manufacturing. "Custom operations based on customer specs and formulas," said one operations executive. "Customers are requiring suppliers to do the extra step to alleviate their own employees' work." A co-packer agrees: "Customers demanding lower and lower prices." Manufacturing will be impacted mainly by "how we adapt to changing consumer tastes (with) new-product innovations and (line) extensions," said one respondent. Another sees foodservice as having the major impact: "Dining out, where consumers will spend their discretionary income."

Consolidation comes-in fourth among the major trends cited. "Instead of 90, we need only 60 good plants," observes one executive. "The flour-mill industry has excess capacity," says a miller. "You will see old, inefficient plants shut down." Another respondent, probably in reference to supermarket mergers, sees "consolidation of distributors and fewer but larger customers."

Additional responses covered a wide range of trends including globalization, food safety, plant and equipment upgrades, improved maintenance, and management decisions. One example of the latter: A "move to contract manufacturing, to remove fixed assets from the company's books," deplores one respondent. "This happens when finance people take over manufacturing companies!"

To conclude our study, we asked, "Where does your company's manufacturing mission fall short? What's needed to fill the gap?" This sparked 47 responses, many combining several needs into one answer.

Management and financial issues lead the group. "Our plant expansion falls short because of our need to obtain capitalization at an interest rate the company can afford to provide needed equipment and facilities," writes one respondent. "Need to recapitalize," echoes another. One respondent seems frustrated: Needed, he observes, is a "total reassessment of facility and staff." Others cite "leadership, "management commitment" and "customer focus" as lacking.

One respondent concisely summed-up the major needs of several: "Consistency in throughputs and yields; more uptime on equipment with better preventive maintenance; and consistent, quality labor from the staff."

Hey! You! Get onto my cloud!: Manufacturers scramble for cloud ERP solutions

Amazon and the shift to direct-to-consumer packaged food

The Essential Guide To Manufacturing Software 2001 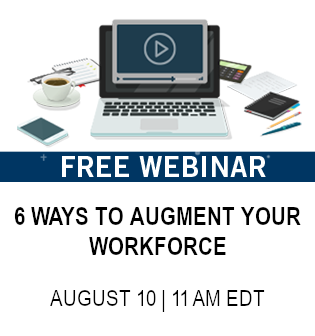