A lack of transparency surrounds the versatile new technology. 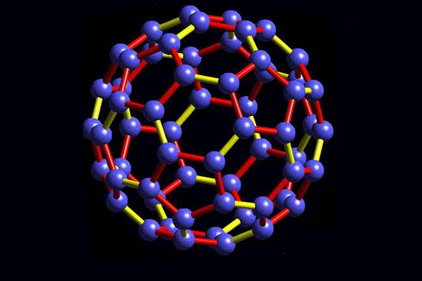 The use of engineered nanomaterials in common food products is increasingly common, but As You Sow, a nonprofit focusing on corporate responsibility in environmental and human rights, says a lack of transparency remains its usage.

The report notes that despite nanomaterials’ promise in a variety of areas—from increasing a liquid’s creaminess without adding fat, to improving flavors and supplementing delivery, to increasing freshness and color brightness—there isn’t enough readily available information about the technology. Food companies have not been responsive to requests for information about nanomaterials according to As You Sow, and few safety studies exist.

In 2008, the organization asked McDonald’s and Kraft Foods to report the use of nanotechnology in their foods. Both companies denied using nanotechnology, but Kraft Foods noted, “As a leading food company, we need to understand the potential this technology may hold for us in terms of food safety, product quality, nutrition and sustainability.”

The Nanoscale Materials Stewardship Program, an EPA initiative designed to inventory nanomaterials that ended in 2009, estimated that companies neglected to report around 90 percent of commercially available nanomaterials.

Because of this industry reluctance to share information on nanomaterials, whether and to what degree nanomaterials are in our food remain unclear. Analysis of two comparable commercially available products—white powdered donuts from Hostess and Dunkin’ Donuts—revealed the presence of nano-sized particles of titanium dioxide (TiO2), a whitening agent. But without cooperation from the manufacturers, it’s difficult to determine whether that TiO2 was intentionally engineered or occurred as a result of the manufacturing process.

The future of engineered nanoparticle technology is likely to hinge on the question of consumer safety, according to As You Sow. Due to their small size, ingested nanoparticles have the potential to reach sensitive sites in the body such as bone marrow, lymph nodes, the spleen, brain, liver and heart. Inhaled Ti02 has been shown to act like asbestos in causing lung inflammation, and impacting DNA proteins and cell membranes.

According to the report, lab tests on rats and mice reveal nanoparticles’ ability to penetrate cells and interfere with subcellular mechanisms as well as translocate to systemic organisms like the liver and spleen after oral administration.

Because physical and chemical properties of nanomaterials such as bioavailability, reactivity and persistence can vary so significantly, known toxicities of normal size materials may not apply on the nanoscale. Recognizing this, As You Sow has called for toxicity studies to be undertaken at the nanoscale to determine potential safety risks.

The report breaks concern over nanomaterials into four main areas. First is nano foods, where nanotechnology is used to change the structure of food. For instance, Unilever and Nestlé are using nanoparticle emulsions to improve the texture in spreads and ice creams. Researchers are also working on ways to introduce nutrients into the body through nanoparticles.

The second area of concern is nanofeed for chickens. Clemson University Researchers, funded by USDA, are feeding chickens bioactive polystyrene nanoparticles that bind with bacteria as an alternative to chemical antibiotics in chicken production.

Nanoparticle pesticides are a third area of concern. According to the report, Monsanto, Syngenta and BASF are developing pesticides made up or enclosed in nanoparticles for easier absorption into plants.

The last area of concern is so-called nanoponds. One of the US’s largest farmed fish companies, Clear Spring Trout, adds nanoparticle vaccines to ponds where they’re ingested by fish.

Nanotechnology also holds promise for the future of food packaging, including boosting shelf lives, improving heat resistance and anti-microbial and anti-fungal protections. According to the report, there is a lack of available information on nanotechnology’s use in packaging, especially in the US. One area where nanotechnology appears to be in use is in enhancing barrier properties.

FDA, in contrast, has not issued any regulations related to nanomaterials. In April 2012, FDA said it was not aware of any food ingredient or food contact substance intentionally engineered at the nanoscale for which sufficient safety data existed to make a determination of its use as a food ingredient.

A June 2011 release intended as a starting point for the discussion about nanotechnology regulation recognized the unique characteristics and properties of nanomaterials, saying safety and efficacy evaluations should take them into account.

As You Sow has recommended that any company utilizing nanomaterials develop a policy on their use, and disclose its position on nanomaterials to customers, investors and stakeholders. Companies should also survey suppliers to find out if they use nanomaterials and communicate nanomaterial preferences to them. Where nanomaterials are used in products or packaging, environmental, health and safety risks should be clearly communicated.

Nanotechnology represents an exciting new field in the food and beverage industry, but without more stringent safety and efficacy testing, manufacturers will struggle to avoid a consumer backlash similar to the one regarding genetically modified foods.

Automation & Digitalization: Give Your Food & Beverage Plant a Competitive Edge