Efforts to address antimicrobial resistance have seen significant progress, but not enough. 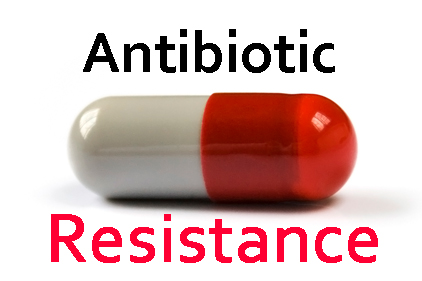 Efforts to address the issue of antimicrobial resistance have seen significant progress since the Institute of Food Technologists' 2006 report, “Antimicrobial Resistance: Implications for the Food System.” For example, public health concerns among governmental and private sector organizations led to the World Health Organization’s List of Critically Important Antimicrobials for Human Medicine and the World Organisation for Animal Health’s List of Antimicrobials of Veterinary Importance.

One additional tool in addressing threats posed by antimicrobials is the establishment of monitoring programs for microbial-resistant microbes that integrate human, food and animal sampling schemes. A number of programs are in various stages of development, but the National Antimicrobial Resistance Monitoring System (NARMS) and the Danish Integrated Antimicrobial Resistance Monitoring and Research Program (DANMAP) are the most mature at this point. NARMS is jointly administered by FDA, CDC and USDA. Over the past 14 years, it has monitored resistance trends among foodborne pathogens including Salmonella and Campylobacter jejuni.

Monitoring programs are invaluable, especially with the emergence of new antimicrobial-resistant pathogens. One such pathogen is methicillin-resistant Staphylococcus aureus (MRSA), which has aggravated public health officials with its increasing incidence of infection. Thankfully, the authors of “Antimicrobial resistance: challenges and perspectives” find little empirical evidence to support the potential for foodborne transmission of MRSA. They say it would be incorrect to infer antibiotic use in agriculture has played a primary role in the microbe’s emergence and evolution.

However, increasing co-resistance by S. Aureus to methicillin and other antimicrobials can complicate treatment of drug-resistant bacteria. Co-resistance happens through the accumulation and genetic linkage of multiple gene cassettes like those observed on the IncA/C plasmid of Enterobacteriaceae. IncA/C plasmids are unique among enterobacterial plasmids in modular structure and content, and benefit from a broad host range, enabling circulation among a variety of commensal and pathogenic bacterial hosts. One example of IncA/C plasmid acquisition is by Salmonella Newport MDR-AmpC, a highly virulent pathogen resistant to ceftriaxone and alternate drugs.

Food scientists should also consider the effects of nonantimicrobial factors like metals and disinfectants. Researchers have linked increased use of heavy metals—such as food-grade zinc and copper as replacements for antimicrobial growth promotants in Europe—to expanded and sustained MRSA and macrolide- and vancomycin-resistant Enterococcus spp.

Because co-resistance and co-selection present such a complex and uncertain set of issues, little consensus has been reached on mitigation strategies for the occurrence of microbial resistance. One strategy involves prohibiting the use of certain antimicrobials in agricultural animals, such as when broiler producers in Quebec ceased the in ovo administration of ceftiofur. According to researchers, the intervention caused a significant reduction in ceftiofur-resistant S. Heidelberg and Escherichia coli on poultry products and in the percentage of ceftiofur-resistant S. Heidelberg in human clinical patients.

Antibiotic resistance a priority for the nation and food industry