This website requires certain cookies to work and uses other cookies to help you have the best experience. By visiting this website, certain cookies have already been set, which you may delete and block. By closing this message or continuing to use our site, you agree to the use of cookies. Visit our updated privacy and cookie policy to learn more.
Home » Women see little role for federal government in guiding product choices or healthy decisions
Manufacturing News
TECH FLASH 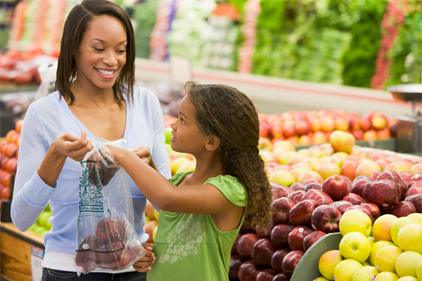 Independent Women’s Forum released survey results showing alarmist warnings and negative headlines about various food, beverage and household items do little to make women adjust their lifestyles and instead leave them feeling confused, suspicious and overwhelmed. In fact, by a two-to-one margin, women say they see little role for the federal government in helping them navigate brand or product choices or make healthy decisions.

In response to the question, “Do you think government’s attempts to encourage healthy eating by regulating what people can buy or what food producers can sell has a positive or negative impact on people’s personal lives, or do you think it has no impact either way?,” 30 percent of women answered “positive,” 28 percent answered “no impact,” and 35 percent answered “negative.”

Distrust of the media is even more prevalent than distrust of the government. According to the survey, four out of five women think the media are more interested in garnering ratings than accurately reporting threats to health and safety, and 87 percent agree it’s too cheap and easy to find someone to argue any given position. Over 80 percent of respondents say it’s too difficult to distinguish between legitimate concerns and overly alarmist ones presented in the media—even including those who reported trusting the media.

Nevertheless, over three-quarters—78 percent—of women report paying attention to negative warnings, and 71 percent say the media sounds the alarm “the right amount” or “not often enough.” Only 36 percent of women say negative warnings leave them informed.

One area of definite concern was over chemicals in everyday products. Seventy-nine percent of women report being concerned over potentially harmful components of the products they use, with 64 percent saying they’d pay more for a version of a product without harmful chemicals.

Finally, 66 percent of all women and 81 percent of single moms say they sometimes feel badly about not doing enough to ensure their family makes healthy choices. But a similar number—76 percent—report their poor decisions are a matter of choice, not access. This trend held up across all income levels, with those reporting income under $50,000 per year at 68 percent.

Instead of trusting the media or government, survey respondents report high levels of trust in family and friends and the highest of all in doctors.