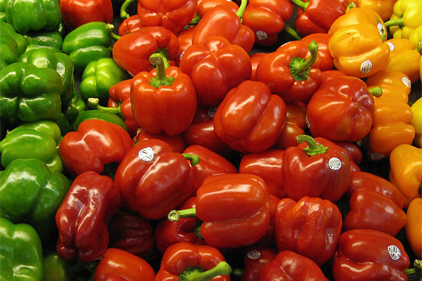 A graduate student at Hebrew University of Jerusalem has discovered a way of attacking bacteria on food packaging, by disrupting bacterial biofilms that adhere to produce.

Said to have commercial potential, Michael Brandwein’s invention was given the Kaye Innovation Award at the annual university Board of Governors event.

According to the university, bacterial biofilms are an increasing problem for the food industry, particularly produce. CDC said 45 percent of food-borne illnesses reported each year are a result of bacteria.

Bacteria attach to food and packaging surfaces and cluster together to form biofilms the university said.

Brandwein incorporated TZD, a molecule synthesized at the university, into anti-biofilm food packaging. The molecule interferes with the formation of biofilms and disrupts the bacteria’s ability to coordinate and create a biofilm.

Researchers say the invention has the potential to address health concerns as well as increase the shelf life of products.