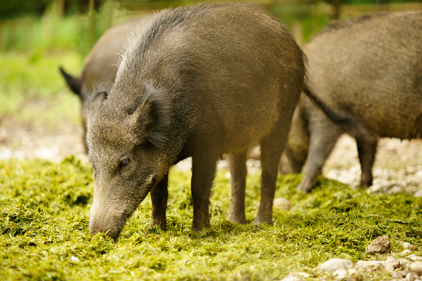 In order to control the overpopulation of feral swine in the country, USDA is starting to use sodium nitrite, a preservative used to cure meat, as a poison on the animals, reports the Associated Press.

According to USDA, feral swine are a destructive invasive species with at least 5 million animals spread over 39 states. Highly reproductive and adaptable to many habitats, the swine cause about $1.5 billion in damages and control costs each year.

This year USDA’s Animal and Plant Health Inspection Service (APHIS) received $20 million to begin a management initiative that would prevent the animals from spreading while reducing their population and damage to crops.

“Feral swine don’t know boundaries and what happens in one state affects neighboring states,” says Dale Nolte, APHIS’ national feral swine initiative coordinator. “Only through a concerted, comprehensive effort with the public and our state and federal partners can we begin to turn the tide on feral swine expansion and reduce their negative impacts to our economy and environment.”

The preservative has been used as a toxicant on feral pigs in Australia and has shown positive results. USDA says sodium nitrite is effective on swine because they do not possess sufficient levels of an enzyme required to reverse the effects of nitrite poisoning. While traditional control methods of shooting the swine are a continued option, USDA said the symptoms brought on by sodium nitrite poisoning is a more humane option than many others available.

Sodium nitrite is a salt and anti-oxidant used to cure meats like ham, bacon and hot dogs, according to the American Meat Institute. The nitrite is used to block growth of bacteria and prevent spoilage, while giving the meats a characteristic color and flavor.