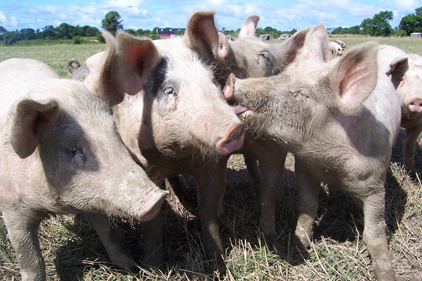 Warmer weather and sterilization efforts have led to a decrease in the spread of the porcine epidemic diarrhea virus (PEDv) which killed millions of pigs last year and caused an increase in pork prices, according to the Associated Press.

The virus was never a risk to human health or food safety, but it managed to cripple the pig population in the past year. According to USDA, the virus is responsible for the deaths of seven million piglets in the last year, and the number of market-ready hogs available this past summer was projected to be 10 percent less than those in 2013.

The news agency said the change from last year’s hog supply is significant with 5.46 million baby pigs born this summer in Iowa, the highest quarterly total in 20 years.

USDA announced $26.2 million in funding to combat the disease earlier in June.

USDA’s Animal and Plant Health Inspection Service later issued a conditional license for the development of a vaccine that could aid in controlling the virus.