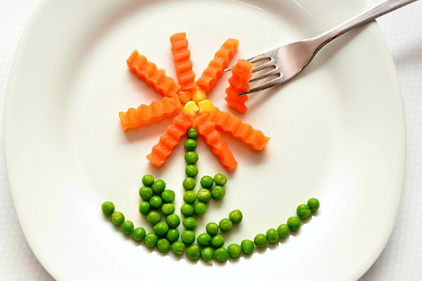 A new study from the Rudd Center for Food Policy & Obesity at the University of Connecticut shows that children are eating healthier food at schools and throwing away less since meal standards took effect in 2012, according to USDA.

"Updated healthy school meal standards were developed based on doctors' recommendations to help ensure our children would be able to get healthy food at school,” said USDA Secretary Tom Vilsack. “This new study adds to a growing body of scientific research that shows these standards are working. It is clear that kids are now eating healthier food and throwing less food away. This is good news for parents and teachers, who overwhelmingly support healthier meals because they know kids learn better when they have proper nutrition. For Congress to meddle with doctors' recommendations and go back to less healthy meals now would not be in the best interest of our children."

Key findings from the study include:

-The percentage of the vegetables students consumed increased by nearly 20 percent.

The full report can be read here.

How Blockchain-enabled Traceability Will Change the Food & Beverage Industry Forever

Food Plant of the Future: Building Realistic Sustainability into Food and Beverage Plants