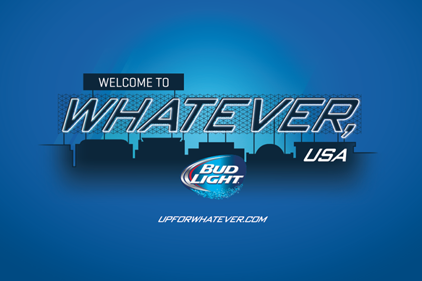 Bud Light has apologized for a slogan it printed on bottles as part of its #UpForWhatever campaign after the tagline came under fire from consumers who say the ad promoted rape culture.

The label read, “the perfect beer for removing ‘no’ from your vocabulary for the night.”

Consumers took the company to task on social media blasting it for seemingly downplaying sexual consent, and its use of the word ‘no’ which has been important in rape prevention education.

The company issued a statement apologizing for the tagline soon after the backlash.

The Bud Light Up For Whatever campaign, now in its second year, has inspired millions of consumers to engage with our brand in a positive and light-hearted way,” said alexander Lambrecht, vice president, Bud Light, Anheuser-Busch. “In this spirit, we created more than 140 different scroll messages intended to encourage brand engagement. It’s clear that this particular message missed the mark, and we apologize. We would never condone disrespectful or irresponsible behavior. No means no.”

The company said it has immediately stopped producing the message on all bottles.