Shear levels vary between formulas and applications, adds Banaszek. Some will require high-shear mixing, while for others, low-shear mixing will suffice.

“Fine dispersions and emulsions typically require high shear to achieve the desired stability, texture, color, density, uniformity, potency, and other metrics,” says Banszek. “On the other hand, not all products require intense shear—mixing too aggressively could overheat or irreversibly damage certain formulations. For this reason, it is necessary to select the mixing action that is appropriate for the viscosity range and shear level requirements of a particular application.” 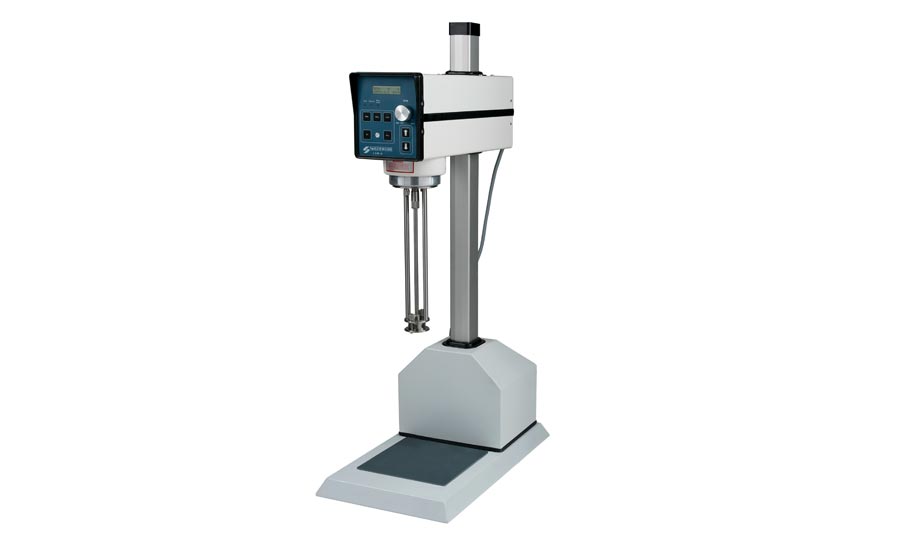 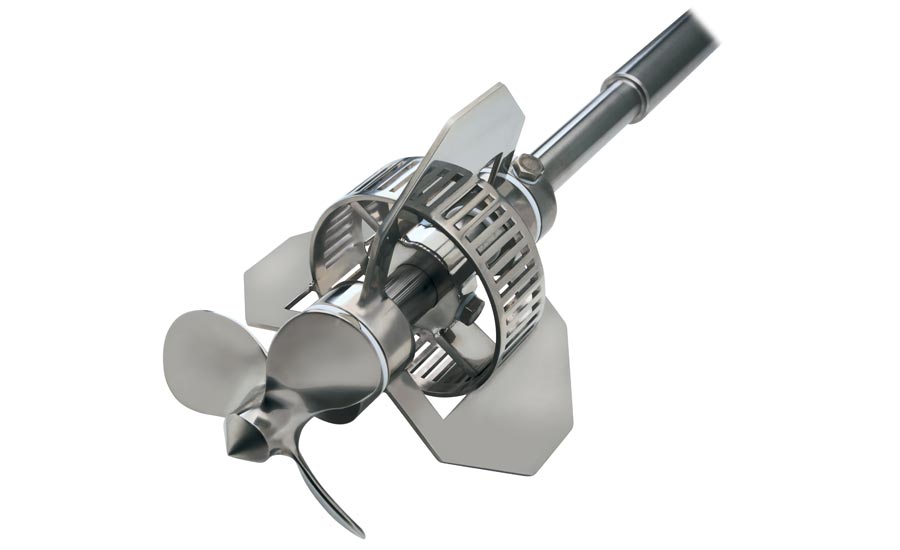 Martin notes using equipment without enough shear, particularly when trying to create an emulsion with “highly viscous” cannabidiol (CBD) oil into a lower viscosity liquid, could lead to simply pushing the oil around the tank, not fully incorporating it into the mixture.

“Even after a long period of mixing, there may be some undiluted CBD oil remaining,” says Martin. “This could lead to lack of clarity, raw material loss, etc. A high-shear mixer with tight tolerances will ensure that all of the material is reduced in particle size and uniform.”

Proper mixing is also critical when it comes for cannabinoid potency testing. If the product developer has not properly mixed the solution, and it is not uniform, there may be variations across the product. Regulations prohibit selling products with potencies that do not adequately match labeling, and recouping or reworking cannabis ingredients may not be possible.

“As the industry moves forward, at some point it is expected there will be more stringent regulation, and this will become even more critical, as variations in potency will be unacceptable,” Martin says.

“There are a lot of manufacturers looking to get things done faster, and that’s where high-shear comes into play,” says Sullivan. 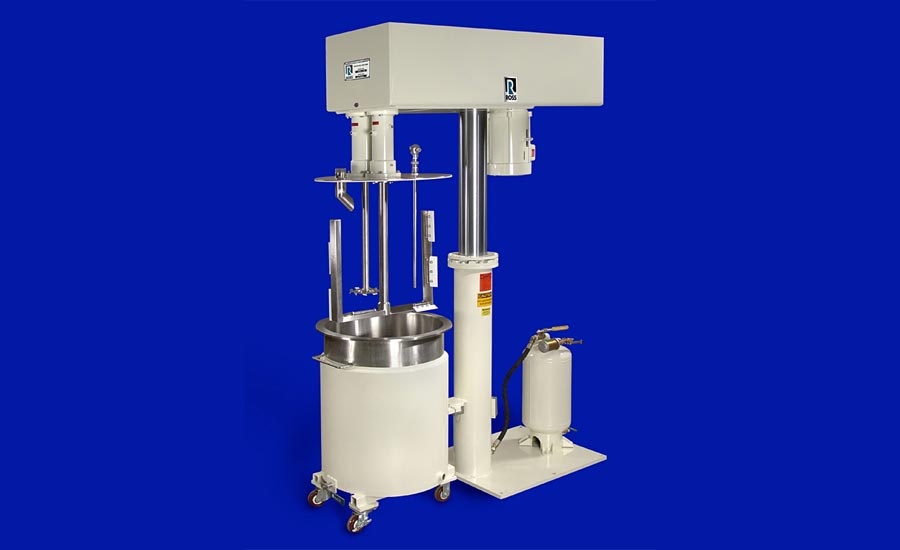 Apart from shear, manufacturers should also identify product viscosity and density, operating temperature, and desired capacity, Banaszek says. She also cited the method and order of ingredient additions and whether the product’s process dictates multiple mixing stages as important considerations.

Scalability is another major concern. For burgeoning cannabis food and beverage companies, starting small with lab or pilot-sized equipment and then moving to larger machines can help manage capacity as they grow.

“Making sure you start off with a piece of equipment that can scale up adequately will save a great deal of trouble in the future,” says Martin.

Some equipment manufacturers offer trial programs, where cannabis-infused food and beverage manufacturers can test equipment at their own factories or at supplier innovation centers before committing to a purchase. 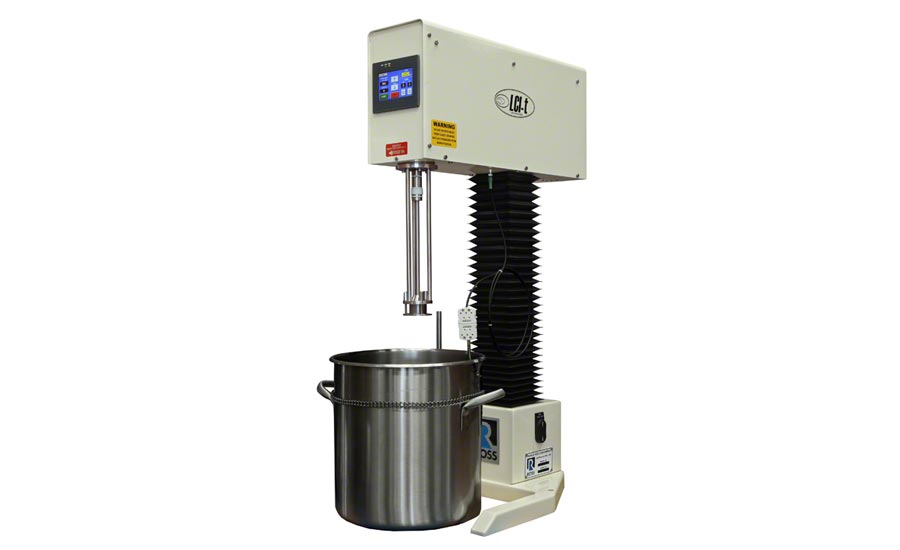 Mixers on the market 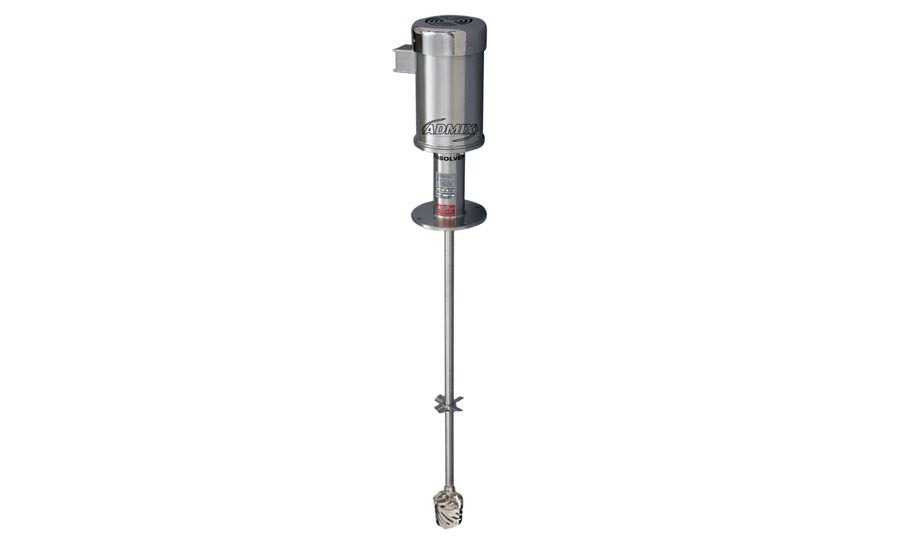 However, as demand and production needs grow, manufacturers may turn to inline mixers, which can process larger batch sizes. Martin notes cannabis food and beverage processors can use inline mixers as a discharge pump, saving the cost of an auxiliary pump. He adds Silverson offers a dual-stage inline mixer, which helps produce a tighter particle distribution for fine emulsions.

Banaszek says Ross Laboratory High Shear Mixers are desirable for their versatility and cost-efficiency. “These plug-and-play mixers allow end users to prepare superior emulsions in standard beakers and containers up to 4 gallons at a time,” she says. “They are very well suited for development work and small or pilot-scale production of low-viscosity emulsions and dispersions.”

Ross also offers Dual-Shaft Mixers for thicker applications that require heating or cooling and deaeration during the batching process. These include an anchor agitator with scrapers that continually exchange materials from the vessel’s surfaces toward the center of the batch.

Admix also offers a variety of options for in-tank and inline mixing. The company’s high-shear, in-tank Rotosolver mixer features a single shaft and a one-piece, clean-in-place mixing head. Made with stainless steel, it’s available in a variety of production sizes.

Sullivan notes Admix’s BenchMix benchtop mixer includes the Rotosolver head. It can mix 1–19 liters at up to 12,000 revolutions per minute. The company also offers the Rotostat high-shear in-tank emulsifier, which provides lump-free emulsification of oil and water, starches, gums, syrups, and other high-viscosity solutions.

Admix introduced a pilot version of the DynaShear mixer, the DynaShear 215, last year. This lab model mounts to a mobile cart and includes a variable frequency drive (VFD) for accurate scale-up.

Sullivan says it is critical for equipment suppliers to develop strong relationships with their manufacturing customers in order to support them through all phases of business growth. “We don’t want to sell them one piece of equipment, hope it works for them, and call it a day,” he says. “Our hope is to provide them a solution throughout their whole production process.”

How to select mixing equipment for cannabis food and beverages Alyse Thompson has held many positions with BNP Media, first serving as an intern at Candy Industry Magazine in summer 2012. She joined Candy Industry's staff full time as associate editor in August 2016 after a few years at newspapers in West-Central Illinois, becoming managing editor in March 2019. Alyse has also served as managing editor of Cannabis Products Magazine since March 2019. She has bachelor’s degrees in journalism and Spanish from Western Illinois University.

How to select mixing equipment for cannabis food and beverages