Seal selection for water filtration is a balancing act MycoTechnology commits to a sustainable culture
Casey Laughman
No Comments
MycoTechnology, a Colorado-based manufacturer of mushroom-based protein powder, wins the 2020 Food Engineering Sustainable Plant of the Year award for its commitment to sustainability in design, construction and operations.
Read More 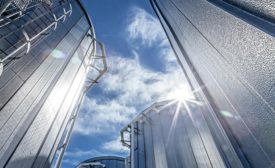 Sharon Spielman
No Comments
Although potable fresh water may seem like an endless resource, it is becoming scarcer as the population continues to grow and as the climate continues to change.
Read More 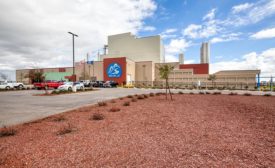 Milk processor pushes the envelope at every opportunity, earns Food Engineering award
Casey Laughman
No Comments
A collaboration among several dairy families and nutritionists in California's Central Valley led to the construction of a milk processing facility that exceeds expectations.
Read More Casey Laughman
No Comments
When processors make major capital investments, a lot of questions have to be answered.
Read More Brewery saves 5,000 gallons of water per day with new pump

When a food or beverage processor begins breaking down costs, sometimes startling facts are revealed. Here’s a case in point: Widmer Brothers Brewery (Portland, Ore.), founded in 1984 and part of the Craft Brew Alliance (CBA), had been using a liquid ring vacuum pump to bottle its beers, but realized the technology was consuming roughly 5,000 gallons of water per day. 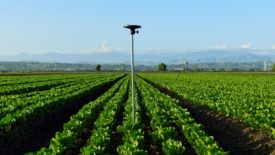 This project is expected to reduce the environmental impact of row crop irrigation in Nebraska and provide a scalable irrigation solution for U.S. farmers.
No Comments
Cargill, Minneapolis, teamed up with The Nature Conservancy, Arlington County, Va., and Nestlé Purina PetCare Co., St. Louis, Mo., to launch a 3-year water project to improve the sustainability of the beef supply chain.
Read More How food processors can successfully manage water and utilities

Production demands are king, but processors can still find efficiencies
Casey Laughman
No Comments
Processors have options when it comes to managing water and utilities, and understanding how those options can be taken advantage of is critical to achieving savings in energy, water and the money required by both of those things.
Read More

ON DEMAND: In this webinar, we will share water treatment solutions for the removal of forever chemicals, take an in-depth look at a dairy wastewater application to prevent overspill of their retention ponds and a food facility’s solution for handling incoming water quality fluctuations and wastewater disruptions.