Antibiotic-resistant bacteria are at issue 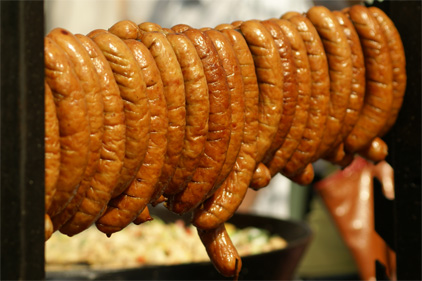 The American Meat Science Association (AMSA) and American Society of Animal Science (ASAS) responded to a recently released Consumer Reports article claiming widespread prevalence of antibiotic-resistant bacteria and other safety concerns in the US pork supply. The report charges that the most commonly harbored pathogen in pork products was yersinia enterocolitica, a bacterium which causes fever, diarrhea and abdominal pain in humans. The report also claims that low levels of the growth and leanness drug ractopamine were found in samples taken from healthy animals, who should not be given the drug. AMSA and ASAS dispute those findings, saying the study lacks scientific rigor and a representative sample size. They also say that yersinia enterocolitica rarely causes illness in humans, and that those who get sick do not usually require medical treatment.  AMSA and ASAS point to modern improvements in pig housing, health and management practices that limit exposure to pathogens in dirt, water and manure as factors in the 52 percent drop in yersinia enterocolitica infections from 1996 to 2010.