Alaska brewery is powered by beer

The energy savings will amount to more than just a drop in the bucket. 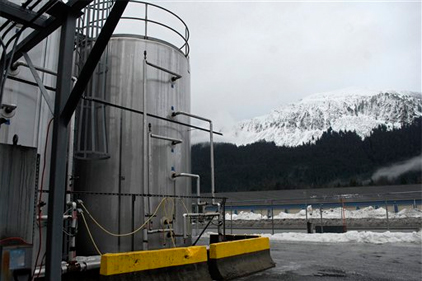 The Alaskan Brewing Company is hoping its suds are as useful in powering its plant as they are quenching a customer’s thirst. The Juneau, AK brewery bought and installed a $1.8 million furnace to burn the company’s spent grains from the brewing process into steam to power the facility’s operations. In the lower 48 states, the high-protein spent grain is usually sold to farms as feed. But Alaska’s lack of farms means that’s not an option for Alaskan Brewing Company Co-founder Geoff Larson. “We had to be a little more innovative just so that we could do what we love to do, but do it where we’re located,” he said. The brewers contacted a North Dakota company to build a special boiler system after the project received a $500,000 grant from the federal Rural Energy for America Program. The company estimates that the steam boiler will offset yearly energy costs by 70 percent, or $450,000 a year.

Level measurement technology that is better by design

Blockchain is the tracking method preferred by industry right now