Research suggests increased consumer knowledge will lead to changes in the types of eggs purchased. 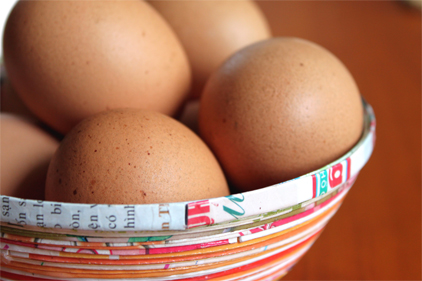 As farm animal welfare crosses over from niche issue to mainstream, businesses have an opportunity to be on the leading edge of this new market segment. A study from Agricultural Economist Jayson Lusk, PhD, outlines the market potential for cage-free and organic eggs to help producers understand emerging trends. According to Lusk, retail scanner data shows an increase in market shares for cage-free and organic eggs from 1 percent in 2004 to nearly 2 percent in late 2008. More recent data on organic eggs indicates a 55 percent increase in market share over the past year and a half.

Data from consumer studies supports the presumption that growth will continue, as increased consumer knowledge leads to changes in the type of eggs purchased. Lusk cites data showing consumers are overly optimistic about hen housing conditions as they believe 40-70 percent of egg-laying hens are kept in cages despite the true number being closer to 95 percent. Likewise, he says, a study on meat consumption over time has shown pork and poultry demand has been adversely affected by media attention on animal welfare and slaughtering conditions.

Data also shows over 70 percent of consumers were more concerned about the well-being of farm animals after being provided unbiased information on different egg production systems. Finally, about half of egg buyers said they would buy a different brand or product if they learned the animals had suffered unnecessarily.

One example comes from California. In 2008, Proposition 2 banned conventional eggs with 63.5 percent of the vote in favor. The $10 million raised by supporters and opponents of the proposition went in part to publicizing information about layer housing in poultry operations. Lusk makes demand model predictions to illustrate how demand for cage-free eggs is affected by increased consumer knowledge and relative price changes.

In the first scenario, the percentage of consumers informed about poultry housing conditions increases from 10 percent to 25 percent. This 15 percent increase is projected to increase the market share of cage-free eggs by 20.3 percent and profitability by 4.7 percent. If consumer knowledge of housing conditions were to increase from 10 to 75 percent, Lusk says, market share would increase by 62.1 percent and profitability by 17.7 percent.

Scenario two entails a 15 percent increase in the price of conventional eggs. Lobbying efforts in congress for a ban on conventional cages mean many producers are likely to transition to “enriched cages,” projected to increase the cost of conventional eggs by 15 percent. If those costs are passed on to the consumer, cage-free market share would increase by 12.3 percent, according to Lusk.

Producers and processors could benefit from making adjustments for the increased market share that cage-free eggs seem poised for in a number of scenarios.

Kellogg to use only cage-free eggs by 2025