New study highlights misrepresentation of shrimp in US 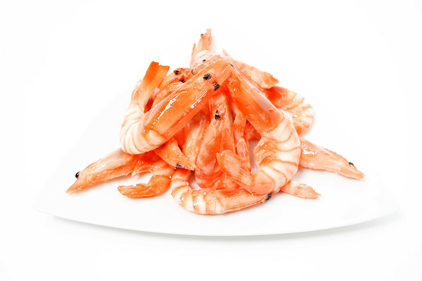 Americans love to eat shrimp—Forrest Gump alone taught us there are no less than 20 ways to enjoy it—but the origin of shrimp is often a mystery and cause for concern according to new research suggesting shrimp sold at grocery stores and restaurants are misrepresented.

Conducted by the advocacy group Oceana, the study found 30 percent of the 143 shrimp products tested from 111 grocery stores and restaurants were misrepresented. The study also found consumers are often provided with little information about the shrimp they purchase, which can be misleading.

“Despite its popularity, US consumers are routinely given little to no information about the shrimp they purchase,” said Beth Lowell, senior campaign director at Oceana. “While shrimp is the most commonly consumed seafood in the US, and the most highly traded seafood in the world, its high demand has led to conservation concerns as well as a bait and switch on consumers.  Without tracking what, where and how our seafood is caught or farmed, and ensuring that this basic information follows the product through each step in the supply chain, shrimp will continue to be misrepresented.”

The study found no regional restrictions to its results and misrepresented shrimp were found everywhere Oceana tested.

Oceana said it defined misrepresentation as products that were mislabeled (one species swapped out for another), misleading (e.g. farmed species labeled as “Gulf”), or mixed/mystery (e.g. commingling species among bagged shrimp).

Members of the American Shrimp Processors Association said they are concerned with Oceana’s report, but are encouraged that the problem does not seem to be at the producer or processor level.

“But the report does provide clear evidence that we need to expand our education, awareness and marketing efforts at the institutional and retail level,” said David Veal, executive director of the association. “While we have not yet been able to evaluate the quality of the science in the report, on the face of it, we are appalled by the numbers.

The association says it is focusing on strengthening integrity of its shrimp products and is moving toward implementing labeling efforts to ensure products labeled as Wild American shrimp are indeed wild-caught, domestic product from the Gulf and South Atlantic.

Veal said an estimated 90 percent of shrimp consumed in the US are imported, farm-raised shrimp compared to 10 percent harvested by association members. Because more Americans prefer domestic shrimp, Veal said it’s important that consumers buy from trusted suppliers to avoid purchasing shrimp that may misuse a “Gulf” label.