Majority of US workforce admit to workplace mistakes from tiredness 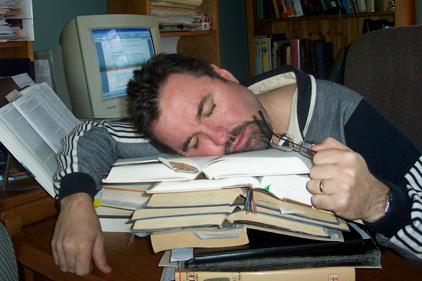 Fatigue was revealed to be the biggest barrier hindering peak performance among working adults in the US according to a new study commissioned by Red Bull and Glassdoor that found more than 60 percent of workers admit to workplace mistakes because of tiredness.

The study found that tiredness (48 percent) is a bigger distraction to workers than social media (19 percent) and personal communications (35) percent.

“It’s clear that fatigue at work can impact productivity and efficiency, and this is something both employees and employers need to be aware of and address among their specific workforce,” said Scott Dobroski, Glassdoor community expert. “This is a wake-up call for employers to review and assess how to keep their employees engaged throughout the day and make appropriate changes.”

Among the survey’s key findings included:

Nearly two in three (66 percent) admit they've made mistakes at work because they were tired.

About one in five admit to missing a meeting (21 percent) or a deadline (16 percent) due to tiredness.

Two in five have forgotten items they need to do their job (41 percent).

Parents are more likely than non-parents (25 percent vs 16 percent) to reveal they've missed a meeting at work due to tiredness.

25 percent of 18-44 year olds find themselves getting off-track because of social media, compared to nine percent of those 45 and over.

To provide a mid-day pick-me-up, employees said beverages such as coffee, tea and energy drinks are popular choices to boost performance. Sixty-six percent of respondents said caffeine is the top fix for boosting energy compared to taking a walk (39 percent) or listening to music (37 percent). Forty-nine percent of respondents said they would be more interested in a job they were applying for if they offered free food and beverages compared to gym memberships (39 percent).