ABB will acquire ASTI MOBILE ROBOTICS GROUP, a manufacturer of autonomous mobile robots, which has a broad portfolio across all major applications enabled by the company’s software. The acquisition will expand ABB’s robotics and automation offerings, providing the company with a complete portfolio of flexible automation technologies. For more information, visit “ABB expands robotics line to include autonomous mobile robots with acquisition.”

ENDRESS+HAUSER and HAHN-SCHICKARD have created a joint venture entitled ENDRESS+HAUSER BIOSENSE to develop equipment and methods for fast molecular analyses. The goal is to provide options that enable rapid, onsite molecular analyses for the detection of bacterial or viral contamination in water and beverages, and genetic modifications in food or contaminated milk. The joint venture will be located in Freiburg, Germany. (See People section for management team.) In another announcement, E+H shared news about an expansion of its partnership with sales representative Field Instruments and Controls in the Pacific Northwest region.

ALLPAX, a product brand of PROMACH, completed its move to a new facility in Covington, La., which more than doubles the size of its offices and manufacturing area from 40,000 to 86,000 sq.-ft. In a second doubling, Allpax has increased the size of its business by 100% in the past five years.

WEIDMÜLLER has acquired the team and assets of EMPHATEC INC., extending the Weidmüller Group’s portfolio to PLC migration and C1D2 (Class 1 Division 2) solutions.

GOYA FOODS is pledging $2 million to combat child trafficking, and to launch Goya Cares, a global initiative dedicated to working with organizations to combat trafficking and help victims of these crimes.

LAÏTA NUTRITION, a European dairy cooperative, has announced that its nutrition division is pursuing a strategic focus on plant-based ingredients as consumer demand increases for plant-based products.

BOSCH REXROTH has revamped its e-commerce portal, The Rexroth Store.

NESTLÉ RESEARCH in Lausanne is working with FUTURE MEAT TECHNOLOGIES, a cultured-meat start-up, to explore the potential of cultured-meat components that do not compromise on taste or sustainability.

MICROWAVE TECHNIQUES LLC of Gorham, ME. and Nashua, N.H., has acquired the assets and IP of N.C.-based INDUSTRIAL MICROWAVE SYSTEMS LLC from LAITRAM LLC.

FANUC CORPORATION, supplier of CNCs, robotics and factory automation has announced the production of its 750,000th industrial robot. Currently, FANUC is capable of producing 11,000 robots per month in fully automated factories that use its own robots to make robots, controllers and machine tools.

TRUVANT, a global provider of scalable packaging and display solutions, opened a new facility in Indianapolis. The latest expansion supports the growing Truvant company portfolio and increases its operational footprint to 15 facilities around the world.

DOT FOODS INC. has earned certification as a “Great Place to Work.” This marks the first time Dot has partnered with Great Place To Work.

LAMBAY IRISH WHISKEY AMERICA will be the exclusive importer of Lambay Irish Whiskey in the U.S. and throughout the Western Hemisphere.

JONGERIUS HANCO B.V., (Amersfoort, The Netherlands) has been acquired by the BLUEPRINT AUTOMATION GROUP. Jongerius Hanco BV is a supplier of multi-packaging (bag-in-bag) systems in the secondary packaging industry worldwide.

SLEEVER MACHINES GROUP launched an interactive web platform to present its expertise in machines and services, designed to support its customers in their ecological packaging transition.

ABBEY LOGISTICS announced the acquisition of South-West based liquid tanker specialist WELCH HIRE, which includes the company’s customer base and tank hire business.

HANWELL SOLUTIONS LTD, UK manufacturer of wireless environmental monitoring equipment, has made the decision to change its name to ELLAB to reflect the integration with Danish parent company Ellab A/S, which acquired the company in 2019.

Back to Top of Industry News 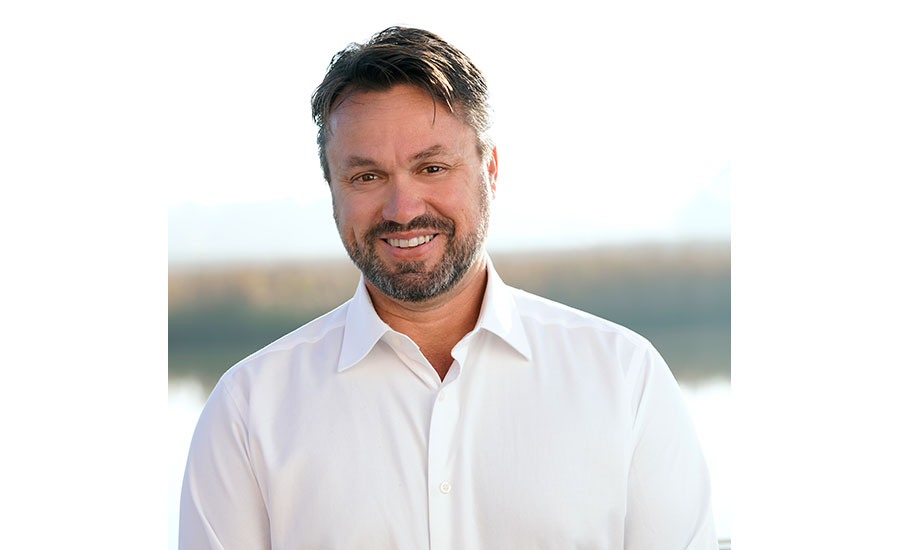 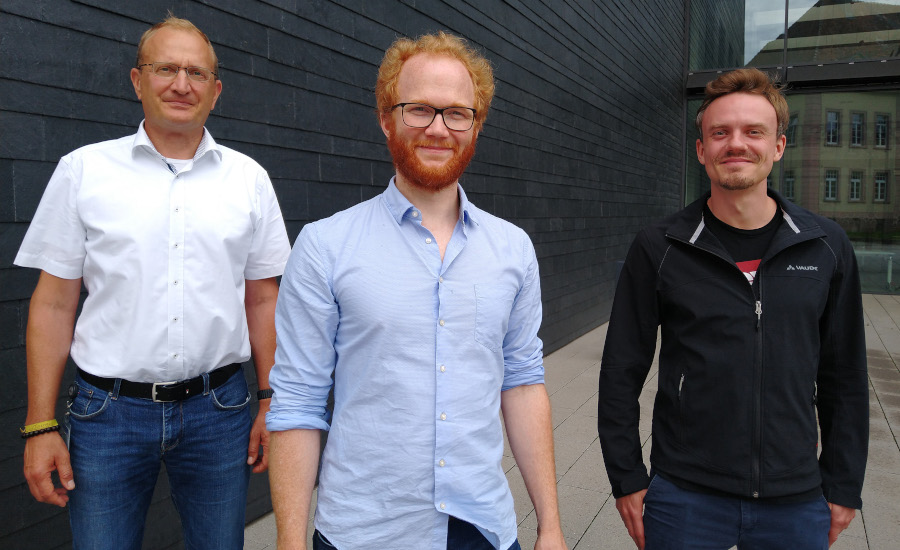 Endress+Hauser and Hahn-Schickard have created a joint venture called ENDRESS+HAUSER BIOSENSE GMBH, which will be managed by (left) Managing Director DR. NICHOLAS KROHN. In addition, DR. STEFAN BURGER (center) and DR. MARTIN SCHULZ (right), who obtained their doctorates in the field of molecular diagnostics at the University of Freiburg, will round out the management team. Photo: Endress+Hauser 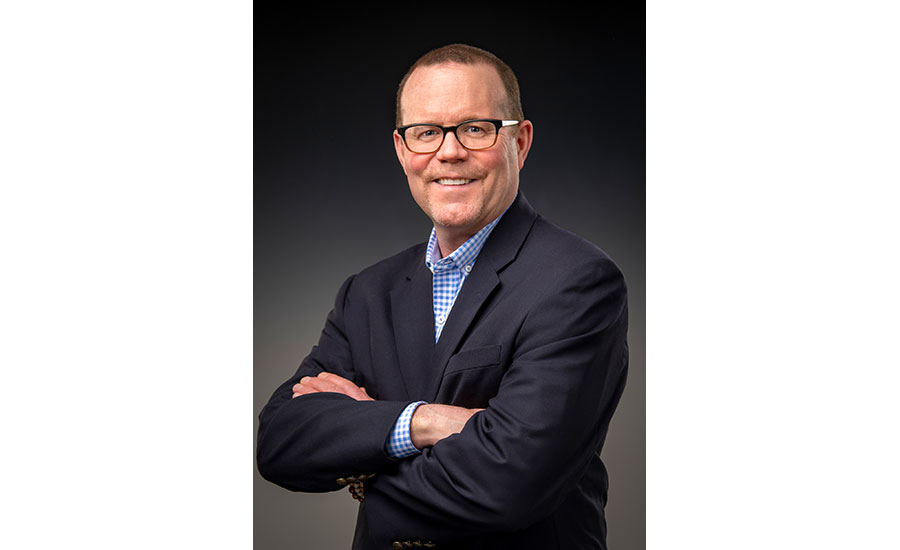 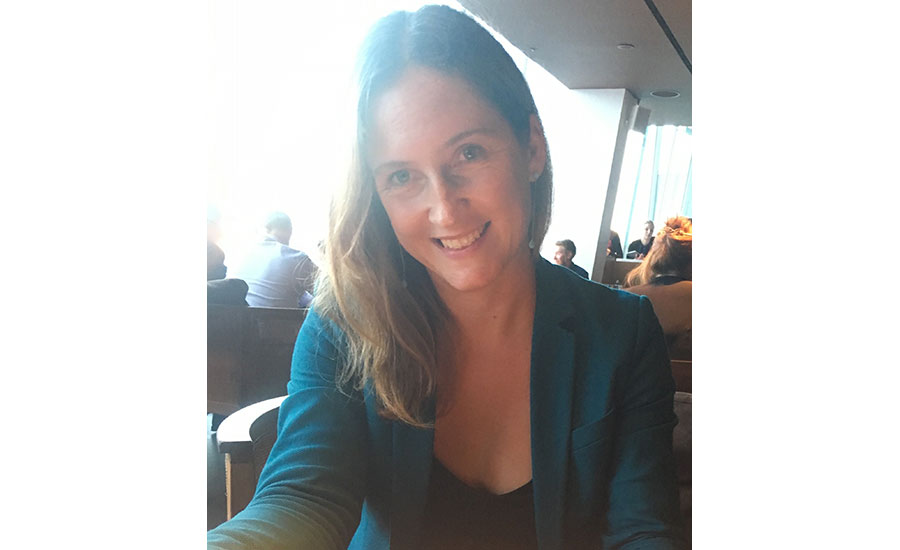 CLASADO BIOSCIENCES, a global supplier of prebiotic ingredient and product solutions for the human gut microbiome, has strengthened its long-term digital strategy with the appointment of a new Head of E-Commerce CATHY ERWIN. Photo: Clasado Biosciences 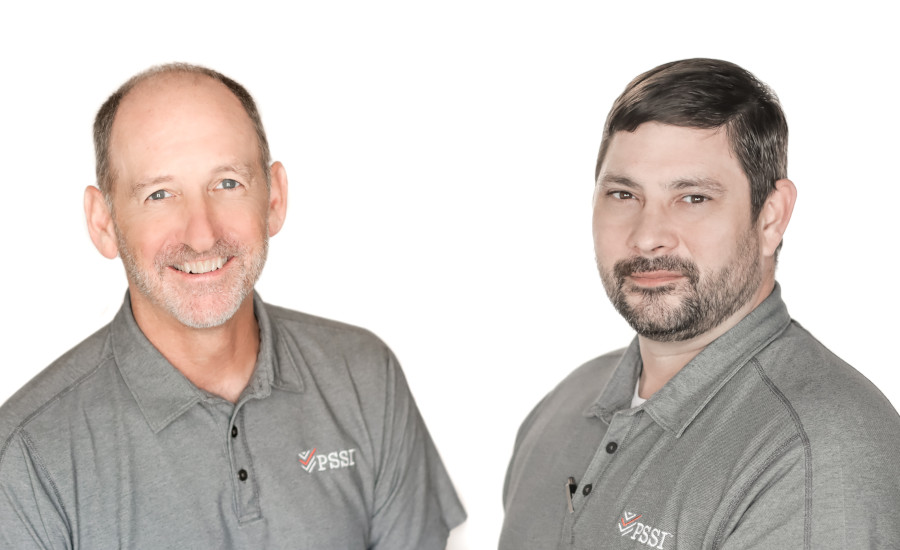 PSSI, food safety and contract sanitation provider, appointed DOUG WHITE to the newly created position of chief operating officer and promoted JAKE WATTS to its executive leadership team as senior vice president of shared services. In his new role as COO, White will continue to work directly with the executive team and operational leadership to drive PSSI’s company strategy and vision. Watts, entering his new role as SVP of Shared Services, will provide direction and leadership over the safety, food safety, sales, and marketing functions to ensure resources and programs are aligned to support the overall strategic direction of PSSI. Photos: PSSI 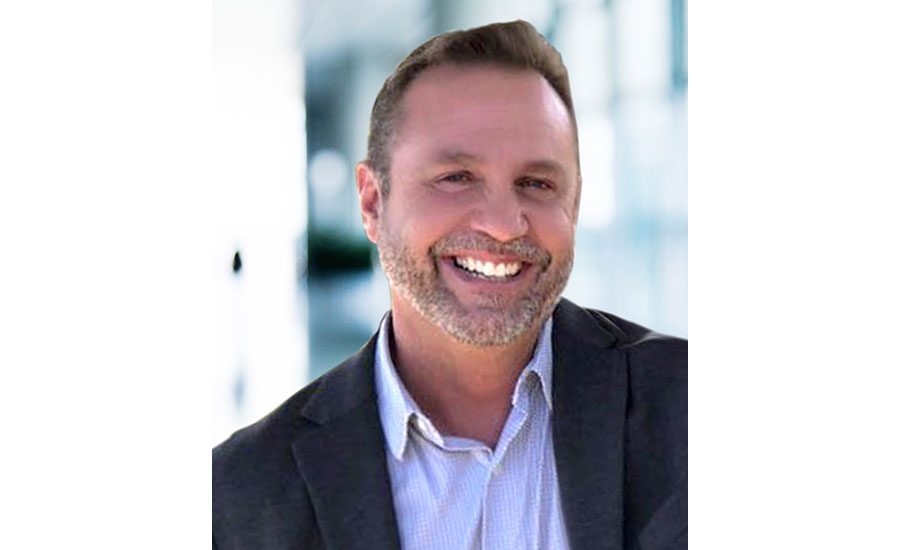 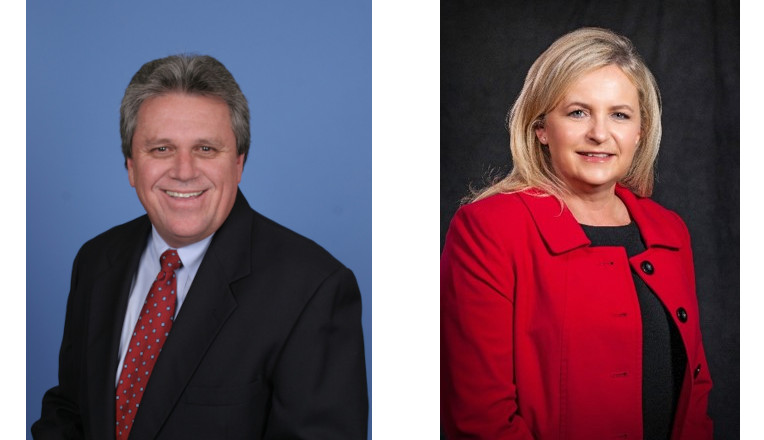 KROGER announced the retirement of Senior Vice President STEVE MCKINNEY, who served the company for more than 40 years. McKinney will be succeeded by VALERIE JABBAR, previously group vice president of center store merchandising. Jabbar joined the company at Fry’s as a store clerk in 1987. She has steadily progressed upwards, now assuming SVP where she will oversee several retail divisions across the company. Photos: Kroger 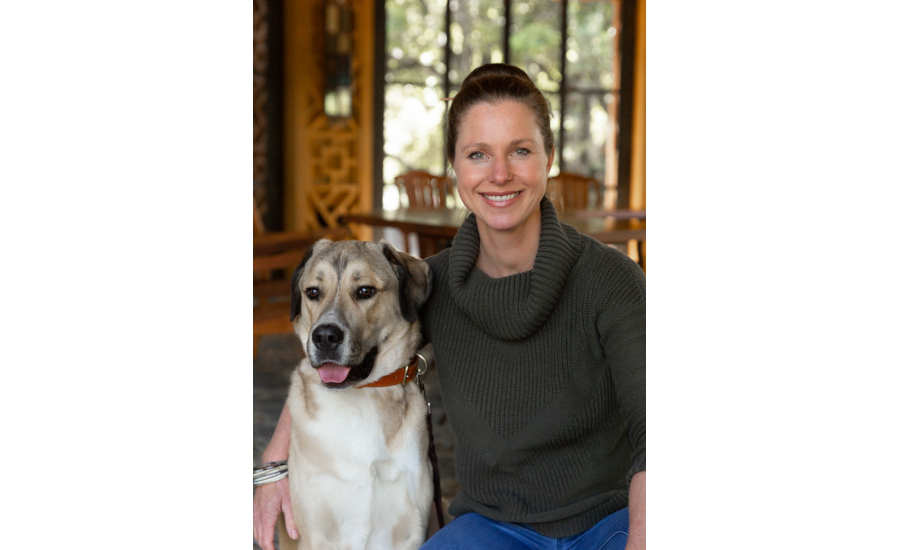 MCEVOY RANCH President SAMANTHA DORSEY celebrates her 20th anniversary since she began her career on the Garden Team in 2001 before becoming farming manager in 2013. In 2016, she was promoted to general manager, and then became the company’s president in 2019. Photo: McEvoy Ranch 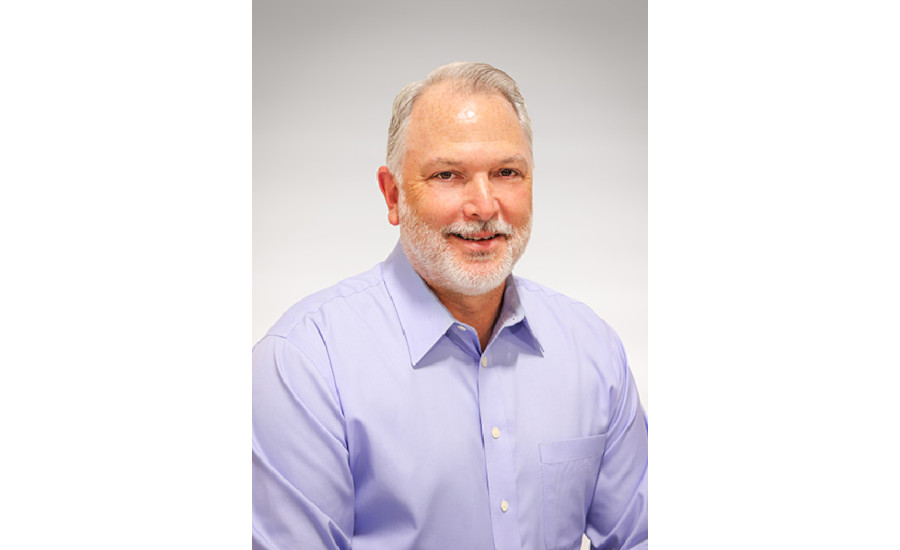 TOMPKINS SOLUTIONS, a supply chain consulting and services firm, named RANDY PRICE vice president of the material handling integration division. In this role, Price will be responsible for engaging with customers on new and legacy projects and overseeing the engineering and controls teams for the division. Photo: Tompkins Solutions 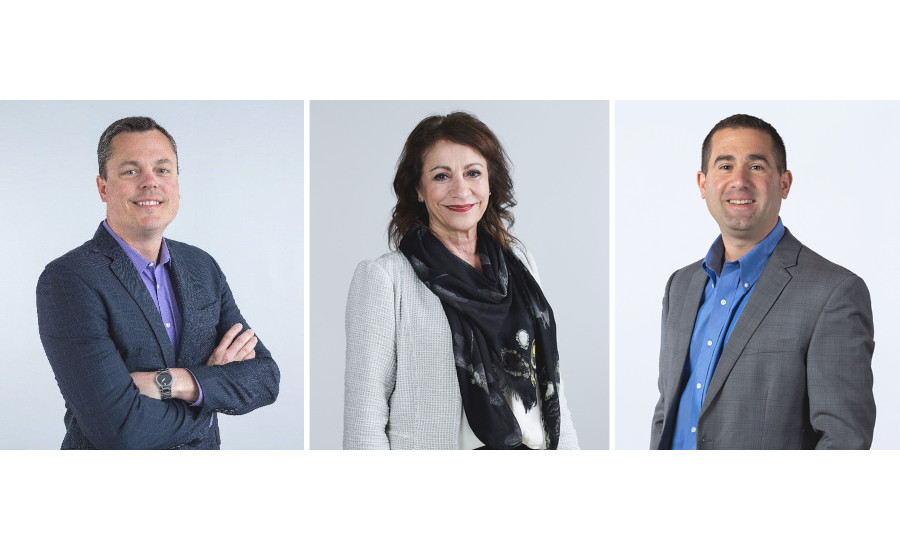 BENSON HILL announced that BRUCE BENNETT will join the company’s Executive Leadership Team as president of its Ingredients business segment.