Beer loses out to wine and spirits 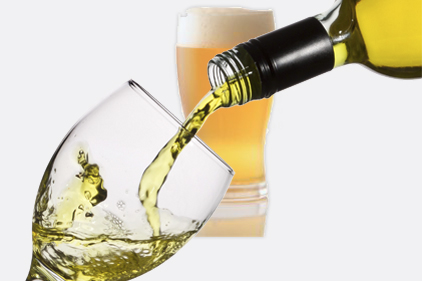 2011 was another year of declines for the beer industry as heightened competition from other beverage alcohol segments, high unemployment rates among core consumers and a struggling economy contributed to the loss, according to the Beverage Information Group’s 2012 Beer Handbook. Overall, the beer industry lost 35.6 million 2.25-gallon cases—a 1.3 percent decline—to end the year at 2.787 billion cases.

Consumers are moving to the wine and spirits industries with their new and innovative product offerings such as flavored vodkas, category-crossing whiskey liqueurs, sweet reds and high-end blends. Unfortunately, domestic beer saw declines due to its lack of innovation as well as an inability to connect with customers. The largest segment, light beer, lost 39.2 million cases, and other beer segments could not make up for the loss. According to the handbook, the craft and imported beer segments’ continued success helped to offset some of the overall industry’s declines, but could not stop the overall loss.

Imported beer saw an increase of 1.3 percent in 2011, and is projected to climb. Consumers are increasingly attracted to imports due to the wide variety of high-end products available, and are trading back up to more premium brands, says the handbook.

The growth in the craft and imported beer categories seen over the years is expected to continue, with imports projected to grow at a slightly slower rate. It remains to be seen whether they can offset the declines in the domestic categories. Unemployment rates, economic uncertainty and rising commodity and fuel costs all affect beer pricing structure and volume.

“We are looking to the craft segment to continue to spur growth in the beer industry,” says Adam Rogers, senior analyst for the Beverage Information Group. “Consumer interest is at its peak, and there is unlimited potential for growth as more craft brewers enter the marketplace.”

In spite of sagging beer sales, large and small beer brewers are investing in expanding operations and building new facilities, according to research from Industrial Info. The research firm has discovered more than 65 major capital and maintenance projects in the beer brewing segment totaling more than $800 million. Project investments range from $1 million to slightly more than $100 million.

Majority of Americans think Fed should stay out of milk pricing

Reach out and touch me