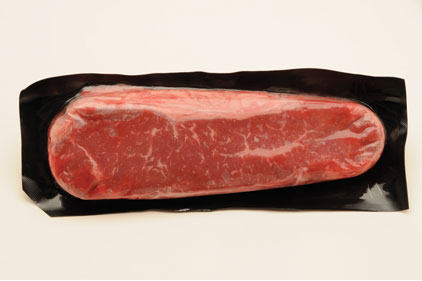 It has been suggested beef production is bad for the environment, but researchers out of the Weizmann Institute of Science have put an actual cost on the industry and say beef takes the highest toll when compared with other animal-derived foods.

Led by Ron Milo of the institute’s Department of Plant Sciences, a team of researchers compared the five main sources of protein in the American diet (dairy, beef, poultry, pork and eggs) to see which product has the least environmental impact. Their idea was to calculate the environmental costs of each food source per nutritional unit: a calorie or gram of protein.

Using data from USDA, the team considered environmental factors such as land use, irrigation water, greenhouse gas emissions, and nitrogen fertilizer use as well as the cost of different kinds of feed.

After calculating the cost of each food, beef accumulated about 10 times more environmental costs than the other food sources studied.

According to researchers, this was because cattle require on average 28 times more land and 11 times more irrigation water, are responsible for releasing five times more greenhouse gases and consume six times as much nitrogen as egg production or poultry.

The institute will publish the findings in the Proceedings of the National Academy of Sciences.

Too bad cappuccino, wasabi ginger takes Lay’s ‘Do Us a Flavor’ contest