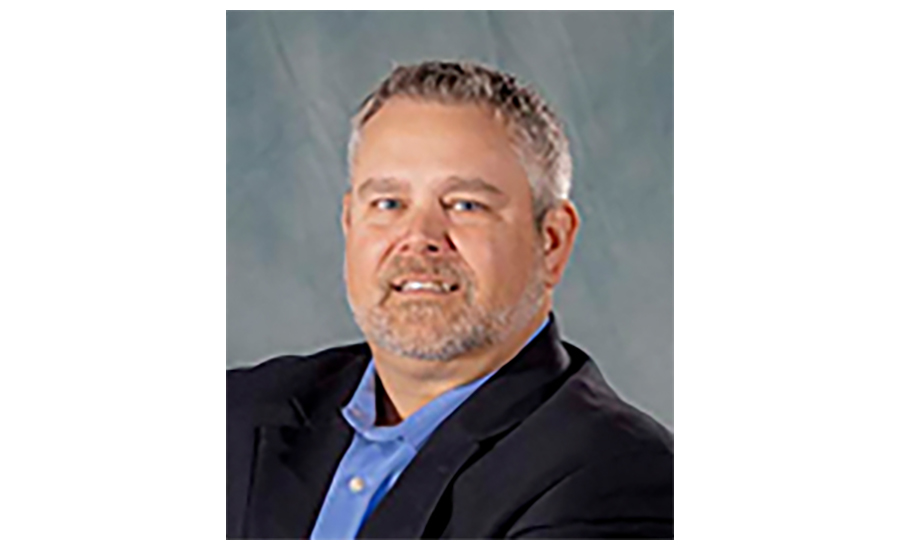 BLAKE DAY, president at SHICK ESTEVE NORTH AMERICA, has been promoted to CEO of both Kansas City, Mo. and Rians, France facilities. Day will have the title of president and CEO of Shick Esteve and will continue to focus on the company’s strategic objective to create premier ingredient automation solutions for the industrial food and beverage manufacturing industry at a global level. 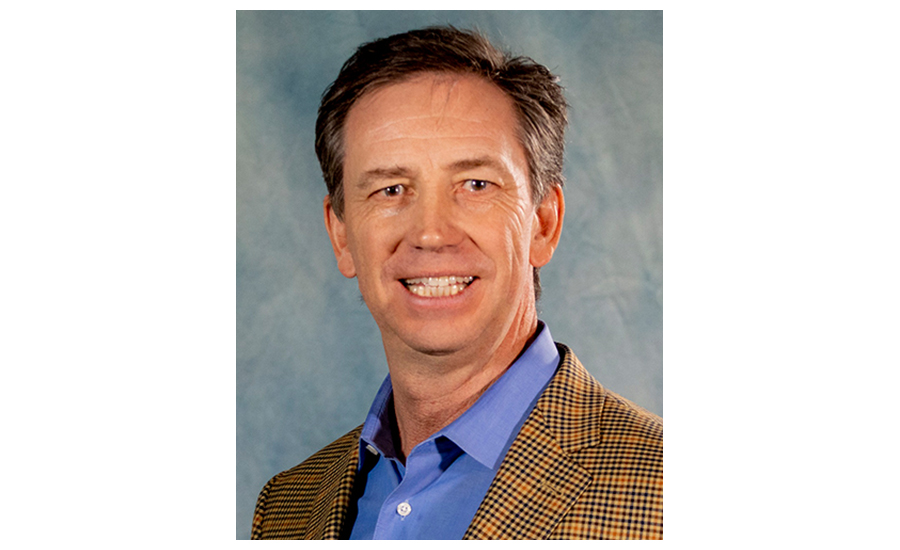 LINXIS GROUP (France) announced the promotion of TIM COOK to president and CEO of the Group. With revenues of $280 million and more than 1,100 employees, LINXIS is a supplier of specialized equipment, comprised of five companies in The Netherlands, Germany, U.S, Canada and France, serving the industrial food and health manufacturing industry

WTI announced that DEANNA HOFING has joined as applications specialist. Hofing has extensive technical knowledge and expertise in the meat and food industries, and has been providing customers innovative food safety solutions and product development support for 18 years. 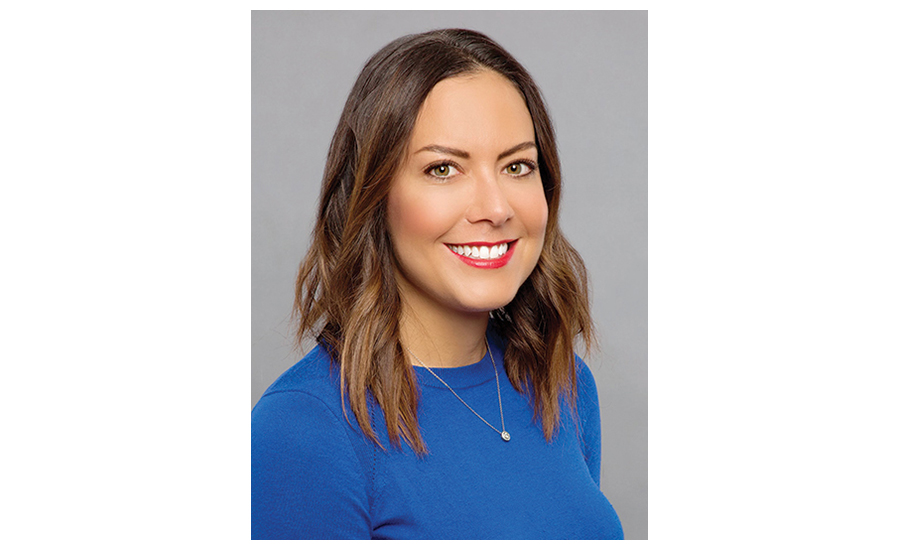 NCC AUTOMATED SYSTEMS has bolstered its team with the recent addition of CHRISTINA CACCAMO as business development manager. Caccamo has several years of success in national account management and proven expertise in building key relationships. 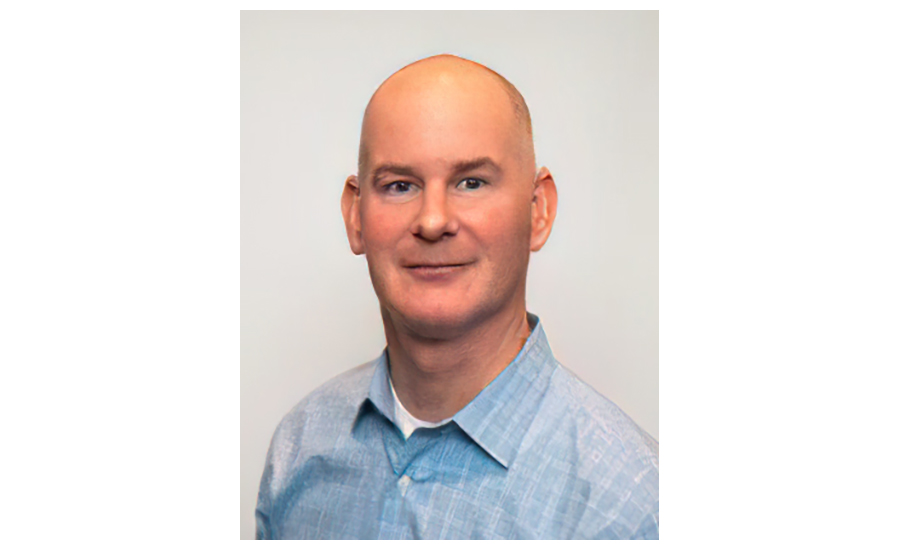 WTI announced that JOE SCHISSLER has joined as vice president of sales. Schissler has more than 24 years of experience selling flavors and functional ingredients to major meat manufacturers, seasoning companies and flavor houses. 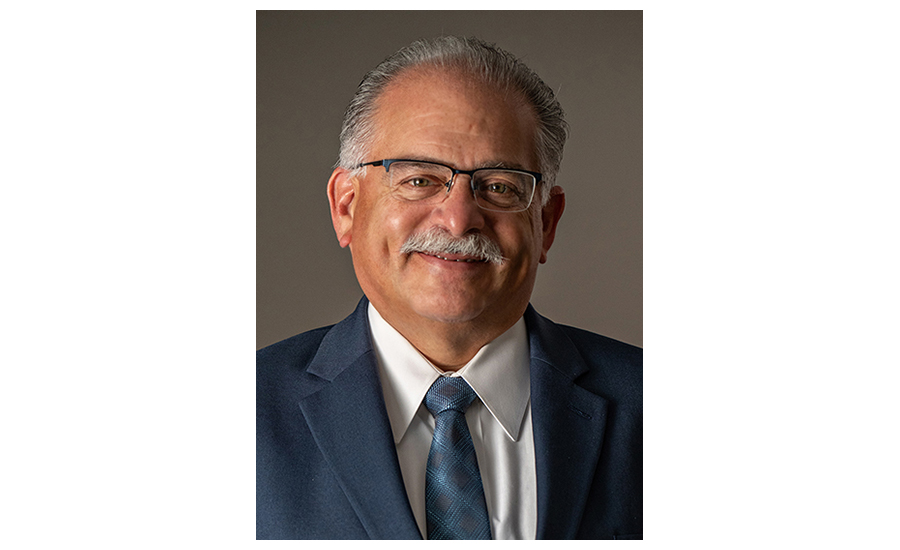 FRISTAM PUMPS USA announced VINCE DELGADILLO has joined the company as the South Central regional sales manager. He has 30+ years of experience with valves and pumps in the food and beverage industry and most recently worked as a regional manager for a pump distributor in the South. 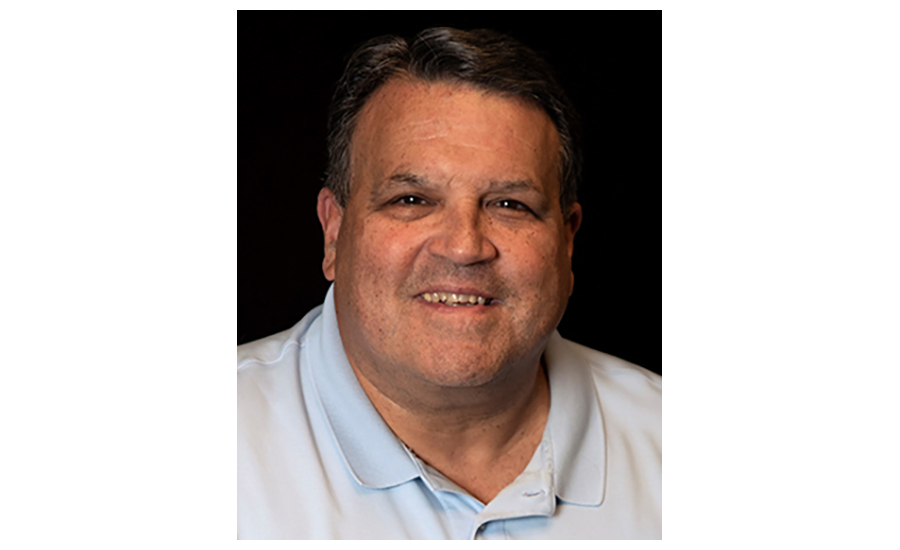 NATURE FRESH FARMS reports that Director of Business and Development RAY WOWRYK was the recipient of this year’s OPMA Lifetime Achievement award. The award is given to an individual that has over many years demonstrated untiring efforts to improve the quality and distribution of fruits and vegetables marketed within or outside the province of Ontario through innovation, cooperation and hard work.

SOMIC PACKAGING has promoted PETER FOX to the position of CEO. A 30-year packaging industry veteran, he has served as the senior vice president of sales since joining the Twin Cities area company in 2014.

CRB has appointed STEVE MORTON as a project director for food and beverage clients. Morton’s arrival underscores CRB’s commitment to ONEsolution, the company’s integrated project delivery method that leverages the combined expertise and technical excellence of a single project team to deliver facilities on time and on budget.

PABST BREWING COMPANY LLC has appointed PAUL CHIBE to succeed Eugene Kashper as chief executive officer. Kashper will remain chairman of the Board of Directors and continue to play an active role in the business.

The advisory committee of INTERPACK 2023 has elected MARKUS RUSTLER, president and CEO of Theegarten-Pactec GmbH & Co. KG, as president and thus chairman of the committee. Rustler was already vice president of the last interpack, which could not take place due to the pandemic.

CABINPLANT has promoted LARS RYHOLL to managing director from the position of COO he assumed in 2018. Cabinplant develops, manufactures and markets innovative, high-quality processing equipment for the food industry worldwide.

CLASADO BIOSCIENCES, a global supplier of prebiotic ingredient and product solutions for the human gut microbiome, has strengthened its global reach with the appointment of DAVID MHARAKURWA to the position of director of sales, APAC & EMEA.

ARKEMA appointed ARMAND AJDARI as the group’s chief technology officer. He will report to Thierry Le Hénaff, chairman and CEO, and will be a member of the group management committee. He has more than 30 years experience in R&D in materials science.

THE KROGER CO. announced LAURA GUMP, formerly vice president of merchandising for the Houston division, has been promoted to president of the division. She succeeds Joe Kelley, who was recently named president of King Soopers.

KUECKER PULSE INTEGRATION welcomes the following to its roster:

The BEARING SPECIALISTS ASSOCIATION (BSA) presented its BSA Lifetime Achievement award to DOUG SAVAGE, chairman, Bearing Service Inc. (Livonia, Mich.). The award is presented to those who have provided superior leadership to the industry and the association for over 25 years, have attended BSA events, been actively involved in BSA, and demonstrated a leadership role within the industry.

PREMIUM BRANDS HOLDINGS CORPORATION, a producer, marketer and distributor of branded specialty food products, is pleased to announce that its Board of Directors has appointed DR. MARIE Y. DELORME as an independent non-executive director of the Corporation.

J.L. CLARK welcomed LORI HANSMEIER as its director of human resources. Based out of Rockford, she will lead the Human Resource departments for both Rockford, Ill., and Lancaster, Penn.

WINGSTOP announced the appointment of DONNIE UPSHAW to chief people officer. He joined Wingstop in 2018 and most recently served as senior vice president of people.

The KRAFT HEINZ COMPANY will combine its U.S. and Canada businesses to create the North America Zone, which is expected to be effective in the second fiscal quarter of 2022. The move is meant to advance the global food and beverage leader’s long-term, sustainable growth plans—which were first outlined at its Investor Day event in September 2020—by bringing increased agility to its innovation agenda, operations, and go-to-market approach. The company’s U.S. and Canada businesses accounted for approximately 80% of its 2020 consolidated net sales.

Introduced in FE’s Engineering R&D, BETTER JUICE LTD. sealed its first commercial deal to bring reduced-sugar juices one step closer to supermarket beverage aisles. The company inked an agreement with a major U.S. fruit juice manufacturer for commercial installment of its sugar-reduction technology. This is Better Juice’s first official commercial venture in its long-term collaboration with GEA Group AG, Germany. The two companies joined forces in a strategic move to scale up and promote the sugar-reduction technology throughout the global beverage market.

INTRALOX is expanding operations at its Hammond, La., location, more than doubling its footprint with a $60 million expansion that will create 425 direct jobs as the company expands its molding and assembly operations.

PRÉVAL AG, a Saint-Hyacinthe, Quebec agri-food company, announced the acquisition of J&G FOODS, a Massachusetts-based company specializing in quality organic and grass-fed beef, organic and natural chicken, natural pork and beef, and a variety of marinated and value-added meat products.

ANUE WATER TECHNOLOGIES announced that KOESTER ASSOCIATES is the new and exclusive channel partner for the sales and installation of all Anue water products throughout all of New York State and northern New Jersey.

UNILEVER is divesting Lipton, Tazo, PG Tips and 31 other tea brands to CVC CAPITAL PARTNERS for more than $5 billion.

REGAL REXNORD has completed the strategic acquisition of ARROWHEAD SYSTEMS, based in Oshkosh, Wisc. Arrowhead is a supplier of industrial process automation solutions.

PAPER CONVERTING MACHINE COMPANY, part of Barry-Wehmiller, is pleased to announce the opening of a new Packaging Innovation Center, located at its headquarters in Green Bay, Wisc.

The J.M. SMUCKER CO. has entered into a definitive agreement to sell its natural and organic beverage and grains businesses to NEXUS CAPITAL MANAGEMENT LP in a cash transaction valued at approximately $110 million. The sale includes R.W. Knudsen and TruRoots assets and trademarks, and a licensing agreement for Santa Cruz Organic beverages. The transaction also includes the Company’s manufacturing and distribution facilities in Chico, California, and Havre de Grace, Maryland, but does not include Santa Cruz Organic nut butters, fruit spreads, syrups or applesauce.

FANUC AMERICA and the MANUFACTURING SKILL STANDARDS COUNCIL, an established body in certifying frontline production technicians with industry-wide foundational skills in advanced manufacturing and logistics, have announced their decision to co-market the stackability of their respective industry-recognized certifications to meet the acute shortage of skilled industrial robotics and automation operators. Both organizations offer their certification assessments through NOCTI/Nocti Business Solutions (NBS), a well-established provider of industry-developed and recognized certification assessments.

CARGILL is committing to remove industrially produced trans-fatty acids (iTFAs) from its entire global edible oils portfolio. This helps both Cargill and its customers comply with the World Health Organization’s (WHO) recommended standard of a maximum two grams of industrially produced trans-fatty acids (iTFA) per 100 grams fats/oils by the end of 2023.

An affiliate of PEAK ROCK CAPITAL, a middle-market private investment firm, announced the close of its sale of PRETZELS INC. to The Hershey Company.

The URGENT COMPANY, subsidiary of Perfect Day, announced the acquisition of COOLHAUS, women-owned ice cream brand and a pioneer in dessert innovation and novelties.

The official ARC ADVISORY GROUP research report into the overall Distributed Control Systems market has confirmed ABB as the global leader in DCS for the 22nd year running, with a market share of about 20% in 2020, where the total market for DCS systems was more than $14 billion.

ADM has completed its acquisition of SOJAPROTEIN, a European provider of non-GMO soy ingredients. The addition represents a significant expansion of ADM’s global alternative protein capabilities.

ARDENT MILLS has successfully completed the acquisition of substantially all the business assets of FIREBIRD ARTISAN MILLS, a gluten-free, specialty grain and pulse milling company.

SPX FLOW INC. will provide its Ultra High Temperature (UHT) technology process lines to one of the Middle East’s leading dairy producers. In addition, SPX and SIG announced a new technology center in Dubai, which will provide R&D to processing and packaging.

SAXCO INTERNATIONAL has acquired the We Sleeve-It assets from the RB DWYER GROUP OF COMPANIES.

MARS PETCARE EUROPE is getting ready to deploy petfood pouches of SHEBA, containing recycled plastic from advanced recycling techniques. Deployment is set to begin in Europe this year.

BETTER BEARS FOODS INC. announced that through its partnership with CONNECT BRAND MANAGEMENT it has assembled a network of wholesale food distributors across Canada. The Company has partnered with UNITED NATURAL FOODS INC., PEAK PERFORMANCE PRODUCTS INC. and HORIZON NATURE to grow its points of distribution and increase revenue growth.

ROYAL DSM completed its acquisition of Vestkorn Milling for an enterprise value of €65m. This acquisition of one of Europe’s leading producers of pea- and bean-derived ingredients for plant-based protein products was first announced on November 29, 2021.

LACTALIS GROUP has completed its previously announced acquisition of The KRAFT HEINZ COMPANY’S natural, specialty and certain other cheese businesses in the United States, grated cheese business in Canada and entire international cheese business outside the U.S. and Canada. The companies entered into a definitive agreement on September 15, 2020.

ADVANCED MATERIAL PROCESSING, a platform company of May River Capital, announced the formation of a new division, the AMP THERMAL PROCESS GROUP. The newly formed group will draw on the existing products and solutions within AMP, from sister companies Marion Process Solutions and Kason Corporation.

SMURFIT KAPPA has completed a two-phase upgrade of its facilities at the Barranquilla paper mill in Colombia. The $7.5 million investment will see the implementation of a wastewater treatment plant with state-of-the-art anaerobic technology, which will reduce water intake from the nearby Magdalena River and improve the quality of water returned to it.