Making sense of all that big data

For most processors, traditional daily reports are compiled too late to be useful. 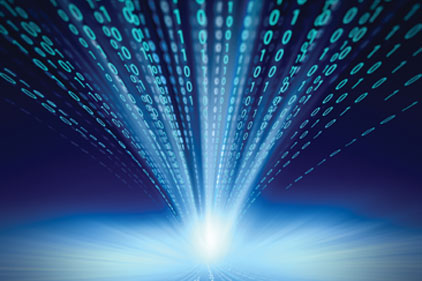 “Terabytes of data are spinning on our servers,” Dex Dutson, process control manager with ConAgra Foods Lamb Weston told attendees at ARC Advisory Group’s World Industry Forum held in Orlando in February.
During his presentation entitled “Enterprise Manufacturing at Lamb Weston,” Dutson went on to suggest that for most processors, traditional daily reports are compiled too late to be useful. There’s a lack of cohesion with little islands of data, also known as information silos. These typically include areas such as quality assurance, manifest, raw tracking, bill of materials (BOM), SCADA, manufacturing execution systems and business systems. In many cases, management doesn’t even know what it doesn’t know, said Dutson.
This is what Rebecca Shockley, global research leader for business analytics at the IBM Institute for Business Value, calls “big data.” Shockley is a co-author of a recent report entitled, Analytics: The real world use of big data.
“Big data is quite simply data that cannot be managed or analyzed by traditional technologies,” says Shockley. “Big doesn’t have to be really that big; it’s just bigger than what you’re used to dealing with.”
Big data is not necessarily an issue with just the largest companies. “Today, the ability to capture, store and analyze larger quantities of data is well within reach for midsize companies,” adds Shockley. “As the world becomes more digital, and more data becomes easily available, midsize companies in particular are poised to make use of all that additional information. Big data is no longer just a curiosity for midsize firms; it’s an important new resource that can be transformative.”
Shockley defines big data as the confluence of three characteristics: volume, variety and velocity, and it can come from a variety of unstructured sources. She adds a fourth, veracity, which can often be overlooked, but also is very critical—and can include sensor data or even weather data. “There’s a certain sense of unreliability to some types of data,” says Shockley.
“Under normal circumstances, that unreliability, as a single data point in more traditional business intelligence tools, could be discounted or just treated like it was a certainty,” says Shockley. “But when you’re dealing with big data, that unreliability begins to compound itself, and so we feel you need to focus on how to manage the uncertainty.”
Shockley says most companies have the capability to view different aspects of their business, but fail to understand the relationships among them. She further recommends that companies focus on insight from their internal data, rather than data outside their four walls.
In his presentation, Dutson suggested that traditional plant floor controls and database systems tend to throw out data in various disconnected reports where little information is available to those who need it. To arrive at a solution, Dutson outlined some basic steps:
“Start with the business problem that you’re having,” advises Shockley. “Work through exactly what it is you’re trying to do, and then go back and figure out what data you have that might answer the question, what data you need to answer that question and how your data needs to be put together to work.”
In his talk, Dutson described tools already in place at Lamb Weston. These included a historian (includes process variable data), custom Microsoft SQL and other databases (these handle quality, manifest, BOM and budget information). Dashboard software was chosen to “summarize” data from disparate databases.
After pulling all the loose ends together, Dutson’s plant realized several benefits. First, better OEE data was obtained, which clearly showed where improvement opportunities existed. Managers could take advantage of real-time summary data—rather than wait for reports to be compiled the next day. There was improved communication across the information silos, and with management having better access to data, there was clearly a return on investment.
What is a project worth? While it may seem like a “leap of faith,” processors may find there is an ROI to justify the capital expense, said Dutson.
Every important journey starts with one first step. “Data doesn’t really create any value until you put it into action,” says Shockley. “So start by understanding what action you want to take.”
For more information, visit ARC Advisory Forum at www.arcweb.com or IBM’s “Forward View” at www.ibm.com/midmarket/us/en.

How to make sense of big data in food processing

Making all the right moves

Artificial Intelligence: It’s all about the data