With the US recession ending, many consumers are trading back up to more expensive foods. 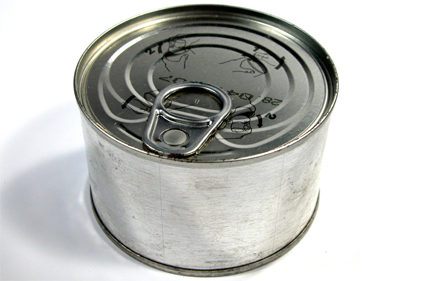 Despite an increase in value, the US canned food market’s size by volume is set to decline in 2013 and beyond according to a new market report from CompaniesandMarkets.com.

After growing by 1 percent during the height of the recession in 2009, canned food sales flattened out in 2012 at 15.6 billion units. The report predicts a canned food sales decline of 3 percent by 2017 as the economy improves and consumers feel more comfortable spending on value-added grocery items.

Sales of food packaged in metal cans continued to decline, with packaging volumes dropping more than 1 percent. However, all categories of metal canned food aside from the largest one, vegetables, experienced positive growth in 2012.

Canned meat grew by 2 percent in 2012 to 1 billion units, continuing a trend toward cheap alternatives to chilled and frozen meat that began during the recession.

The US canned food market was worth around $77.2 billion at the beginning of 2013 and is forecasted to reach $80 billion by 2014, but overall volume has decreased. Only three of eight market sectors experienced growth in 2011.

While offering the advantages of a long shelf life and low prices, the report says canned food suffers from a poor consumer perception of its healthiness and taste quality.

Fish products were the fastest growing category due to a rise in fish consumption, improvements in sustainably sourced products and an influx of value-added products in the sector.

BPA in canned foods rears its head as a manufacturing issue