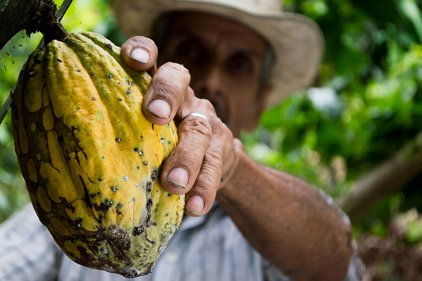 Cargill signed a partnership agreement to support Mondelez International’s Cocoa Life program which is committed to improving the livelihoods of cocoa farmers and to investing in a sustainable future for cocoa.

"Improving the livelihoods of farmers and the living standards of cocoa growing communities is critical to securing a sustainable future for cocoa," said Taco Terheijden, director sustainable cocoa for Cargill Cocoa & Chocolate.

The partnership will initially focus on supporting activities for farmers and communities in West Africa to deliver sustainable cocoa to Mondelez International, with plans to expand to Indonesia in the works.

"A sustainable cocoa supply begins with thriving farming communities, and more efficient farming leads to more empowered farmers making higher incomes,” said Cathy Pieters, Mondelez cocoa life program director. “Cargill's on-the-ground network is a key asset, and they are committed as we are to measuring the real results of their initiatives.”