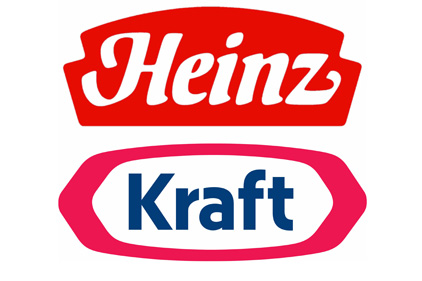 “I am delighted to play a part in bringing these two winning companies and their iconic brands together,” Buffett said. “This is my kind of transaction, uniting two world-class organizations and delivering shareholder value. I’m excited by the opportunities for what this new combined organization will achieve.”

The combination of these brands will create a global powerhouse—the fifth largest food and beverage company in the world—that joins iconic brands including Heinz, Kraft, Oscar Mayer, Ore-Ida and Philadelphia. According to the companies, together they will have eight $1+ billion brands and five brands between $500 million and $1 billion.

The new company, which projects revenues of approximately $28 billion, will be co-headquartered out of Pittsburgh and Chicago, a decision the companies say respects the heritage and hometowns of their original communities.

“By bringing together these two iconic companies through this transaction, we are creating a strong platform for both U.S. and international growth,” said Alex Behring, chairman of Heinz and the managing partner at 3G Capital. “Our combined brands and businesses mean increased scale and relevance both in the U.S. and internationally. We have the utmost respect for the Kraft business and its employees, and greatly look forward to working together as we integrate the two companies.”

At the close of the transaction, Behring will become the chairman of The Kraft Heinz Company. John Cahill, Kraft chairman and CEO, will become vice chairman and chair of a newly formed operations and strategy committee of the board of directors. Bernardo Hees, CEO of Heinz, will be appointed CEO of The Kraft Heinz Company. A new executive team for the combined company will be announced at a later date.

The transaction is subject to regulatory approvals and approval by Kraft shareholders. The companies expect the transaction to close in the second half of this year.