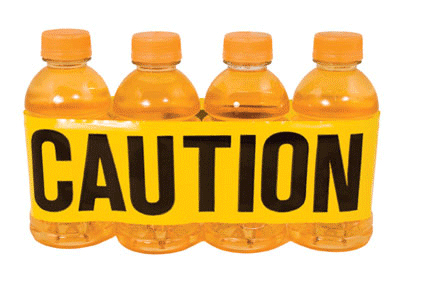 Despite caffeine’s status as one of the most widely used pharmacological substances in the world, differing consumer tolerances, a lack of available information and industry resistance have complicated efforts to regulate levels in food and beverage products. And with the expansion of caffeinated products to include nontraditional options like waffles, jelly beans and even Cracker Jack, consumers are encountering caffeine more frequently than ever before.

FDA’s classification of caffeine as an ingredient rather than a nutrient means it must be listed on food and beverage labels, but not with an accompanying amount. With levels ranging from 58mg per 20-oz. Coca-Cola to 330mg per 16-oz. Starbucks coffee, it’s likely consumers don’t know how much caffeine they’re ingesting.

Adding to the confusion is the distinction between cola-type beverages—which are limited to .02 percent caffeine content by volume—and energy drinks, which can be classified as dietary supplements under the 1994 Dietary Supplement Health and Education Act. That act makes producers exempt from caffeine limits if the ingredient is part of a proprietary energy blend.

Monster Energy and Red Bull have recently reclassified themselves as beverages after establishing their energy ingredients as generally recognized as safe (GRAS), but other energy drinks are still marketed as supplements. Caffeine-related emergency room visits were up 36 percent in 2012 and USDA is investigating 18 deaths linked to energy drinks, suggesting more regulation of caffeine in energy drink dietary supplements is necessary.

The lethal limit for humans is around 10g of caffeine, the equivalent of about 75 8-oz. cups of coffee or 120 cans of Red Bull over a few hours. Those are extreme and unlikely dosage levels, but sensitivity to caffeine varies based on genetic variation, gender and lifestyle factors. A study of an Australian poison information center between 2004 and 2010 found individuals had consumed an average of five energy beverages before an adverse event, but the lack of labeling requirements makes the actual quantity of caffeine consumed in those cases impossible to determine.

Scientists are worried about high levels of caffeine ingestion in part because the biological mechanisms associated with even mild high-dosage effects like anxiety and irritability aren’t completely understood. James D. Lane, a medical psychologist at Duke University Medical Center, told Chemical and Engineering News that’s due in part to shortcomings of standard animal models.

“Mice and rats—the animals we’d normally use to determine lethal doses of substances—metabolize caffeine much more quickly than humans,” he says.

Still, FDA says it doesn’t have enough evidence to compel manufacturers to share caffeine levels on labels as the rules are currently written. “For FDA to seek a limit on any ingredient in a dietary supplement, we have to demonstrate that there is a significant or reasonable risk of illness or injury under the normal conditions of use or in the labeling,” says Daniel Fabricant, director of FDA’s Division of Dietary Supplements Programs.

One problem is lack of data. “Looking into adverse event reports is challenging because quite often, you don’t have a lot of background information,” says Fabricant, referring to age, medical history, gender and myriad other factors that affect caffeine sensitivity. Even the number of drinks consumed to cause an adverse event isn’t in records submitted to FDA.

Until FDA has the information necessary to set caffeine levels in energy drinks—and manufacturers support the limits—consumers will remain at risk for heart problems, anxiety and other caffeine-related health issues. Monster’s switch to beverage status from dietary supplement reflects FDA’s attempts to address supplement resemblance to conventional food and beverage.